Ex-United star Gary Neville (pictured) claimed he was branded ‘a liar’ at a public meeting yesterday called to discuss his proposals to develop fields in Turn Moss, Trafford

Gary Neville was heckled during a heated public meeting to discuss his plans to develop an area of greenbelt land in Greater Manchester.

The ex-United star claimed he was branded ‘a liar’ at the meeting yesterday called to discuss his proposals for fields in Turn Moss, Trafford.

The 43-year-old wants to turn Turn Moss Playing Fields into training pitches for Salford City FC and the proposed University Academy ’92 (UA92), which he, together with four other former United players, is spearheading.

Trafford council, which is involved in funding the project, claim the development would bring flooded land back into use and provide facilities for the local community.

But opponents from the group Friends of Turn Moss group claim it would hand over public space to the private sector, while harming wildlife and disturbing residents of nearby retirement apartments. They have submitted hundreds of objections.

Neville was quizzed about his plans at the packed meeting, held at the Old Trafford stadium, with some protesters questioning why he wasn’t building the facilities in nearby Salford. 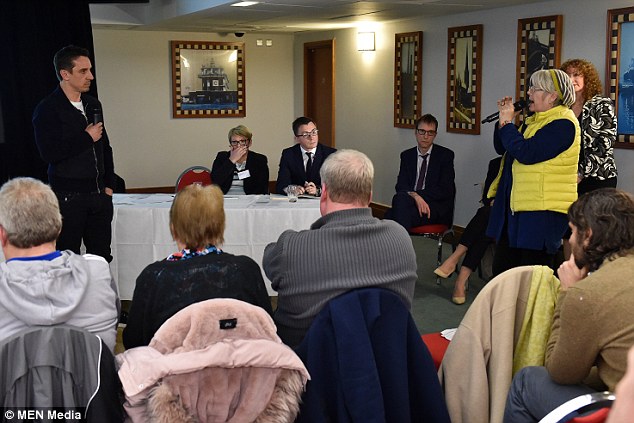 The 43-year-old (pictured left at the meeting) wants to turn Turn Moss Playing Fields into training pitches for Salford City FC and the proposed University Academy ’92 (UA92). But the Friends of Turn Moss group (pictured) have blasted the plans 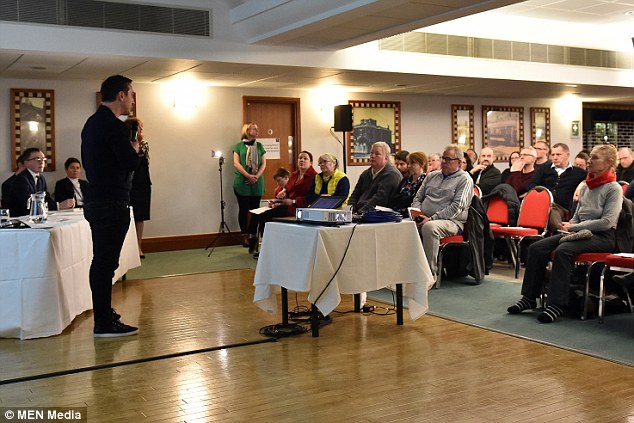 Pictured: Neville was heckled at the packed out public meeting at Manchester United’s Old Trafford stadium 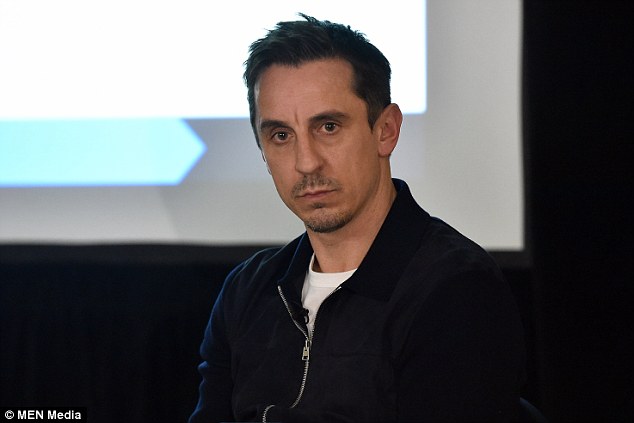 He spoke fervently about his plans to develop the sports pitches, which he claim would benefit the entire local community

He said it was ‘ridiculous’ to suggest Salford City, which he co-owns, and told the meeting: ‘I played at the Manchester United stadium in Trafford and I resent being told people are not welcome in boroughs they are not from.

‘The idea people from Salford aren’t welcome to use pitches in Trafford I find ridiculous.’

He added that in times of austerity, councils and central government are struggling to find the money to undertake sports developments and the community would benefit from the facilities.

In a tweet, which was later deleted, he claimed opponents had called him a ‘liar’ and told him to go back to Salford, but this was disputed, reports the Manchester Evening News.

Some who attended the meeting claimed the shouts were directed at Trafford Council’s Conservative leader Sean Anstee instead. 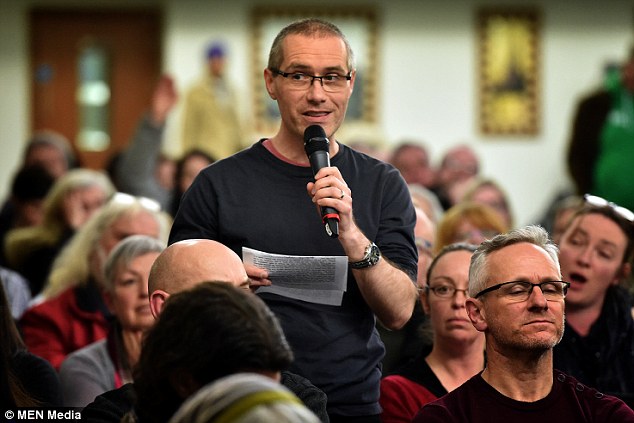 Neville was quizzed about his plans at the packed meeting, held at the Old Trafford stadium, with some protesters questioning why he wasn’t building the facilities in nearby Salford

Writing on the Friends of Turn Moss Facebook page, Helen Colley, a spokesman for the group, said: ‘I didn’t hear anyone call Gary Neville a liar.

‘Also no one told him to go back to Salford. He was asked why he wouldn’t invest in Salford where the team is based.

‘Sports England bulletin 13 ‘Sport in the Green Belt’ specifically states that any football pitches in Green Belt land should not be for clubs with no links to the local area. Salford City have no links to Stretford.’

Cllr Anstee told the meeting the proposals were an important part of securing the future of Turn Moss, bringing flooded land back to use, and helping tackle the borough’s health inequalities.

They would involve Salford City paying for a 10-year lease to use the facilities and base their academy there. 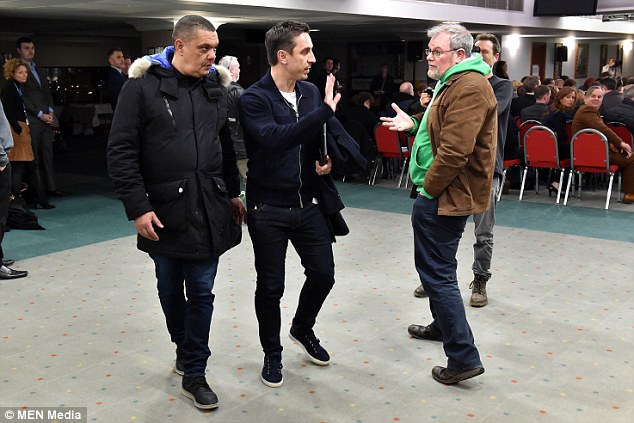 It is understood Trafford council would pay the initial drainage and improvement costs for the land, although it is so far unclear how that will be financed.

Last month, members of Manchester United’s ‘Class of ’92’, which includes Neville and his brother Phil, Ryan Giggs, Nicky Butt and Paul Scholes, had their plans to build a university and a student village in nearby Stretford approved.

The University Academy ’92 (UA92) is part of a £170m Trafford Council plan for the Greater Manchester area.

Consultation on the Turn Moss plans has been extended to March 28 with the council expected to make a decision in April.

Neville has promised to meet up with residents ‘as much as they want’ ahead of the final decision. 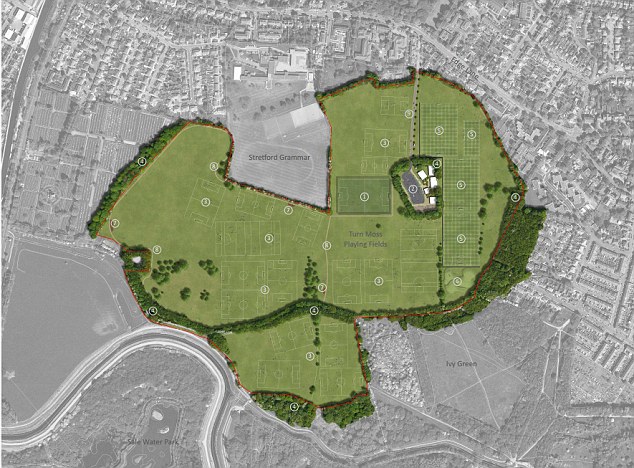 Proposals: Gary Neville wants to transform Turn Moss Playing Fields (highlighted in green) into training pitches for Salford City FC and the proposed University Academy ’92 (UA92), which he, his brother and other ex-United stars are spearheading 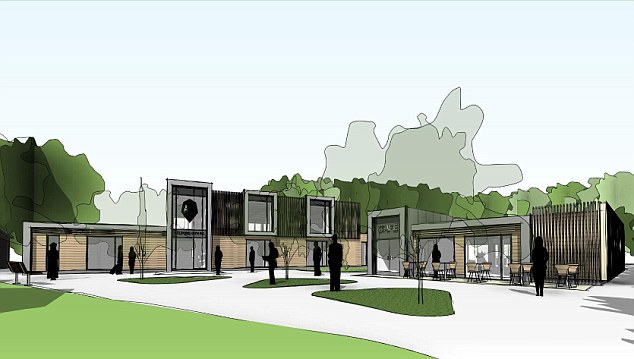