Liverpool have thrown themselves into contention to land an unprecedented quadruple as they are just a point behind City, have reached the quarter-finals of the Champions League and the semi-finals of the FA Cup – having already clinched the Carabao Cup last month.

Defending Premier League champions City could emulate the treble won by Keane and Neville’s United in 1999 having progressed to the last eight of the Champions League and the FA Cup semis, where they will take on Liverpool.

City and Liverpool are also due to clash in the Premier League at the Etihad Stadium next weekend in a match that will go a long way to deciding the destination of the title. 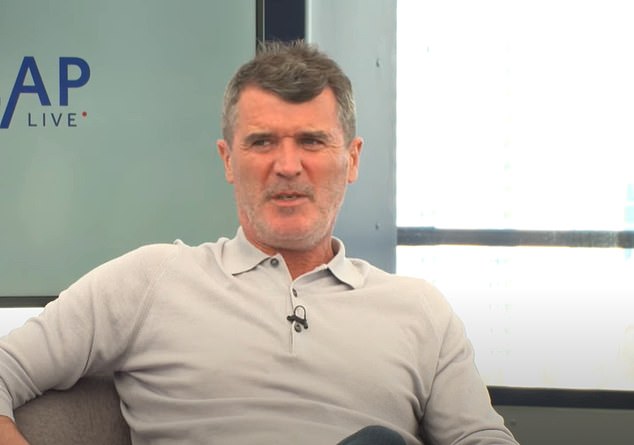 Speaking during the latest edition of The Overlap’s live fan debate, Neville said he was fearful Liverpool could do ‘something special’ as the season approaches its business end.

‘They’re going to do something dangerous this season and it’s scary as a Man United fan to say that,’ Neville said.

‘I really do worry that they will go on and win three or four trophies, it would concern me.

‘I think they are unbelievably dangerous and I think they’re going to do something pretty special this season.

‘When I watched them against Arsenal, there is nothing I saw that didn’t tell me they’re going to go and win the title. That is a title-winning performance.

‘I think Liverpool will win the league. They’re dangerous in the other two competitions and I think they’ll do something special because of those five strikers they’ve got.’ 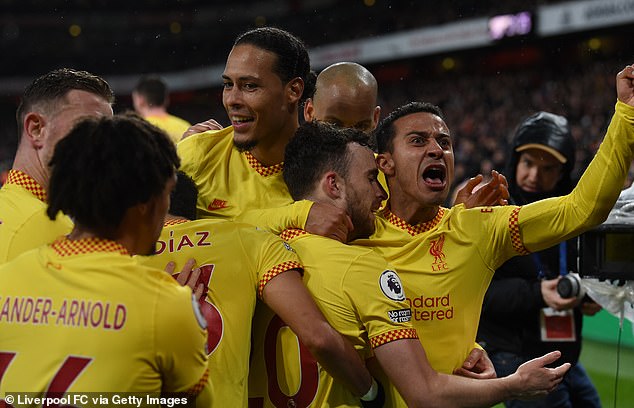 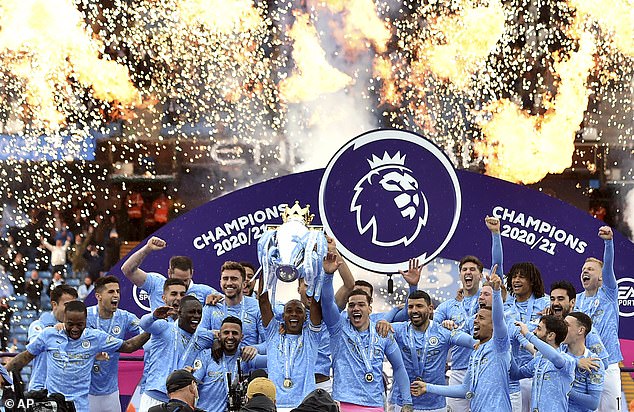 Keane, however, still believes City will have enough to retain their crown. ‘I’m still going with City,’ the former United captain said.

‘We’ve mentioned Klopp, as if Pep doesn’t know how to get over the line in these big games and in championships.

‘Let’s not forget what an unbelievable manager he is, I still think City will do it.’

The Premier League resumes this weekend after the international break as Liverpool host Watford at Anfield while City travel to Burnley on Saturday.

Liverpool could briefly go top of the league as their match is in the lunchtime slot, with City’s game at Turf Moor a 3pm kick-off.