Police have arrested a transgender and gay rights activist for allegedly burning down his own home to make it look like a hate crime.

Nikki Joly, who organized a number of pro-LGBTQ events and initiatives is accused of intentionally setting fire to his own house in 2017.

Five pets died in the blaze and the FBI initially investigated the incident as a hate crime.

However a new police report suggests that Joly was simply looking for further publicity to advance his cause.

The arrest comes in the wake of the scandal involving actor Jussie Smollett who has been accused of staging his own hate crime in order to promote his career.

Meanwhile, Joly was a celebrated figure in the local LGBTQ community for helping to build a gay community center, organizing a gay pride parade and helping to push through legislation at a local level forbidding companies from discrimination based on sexual orientation. 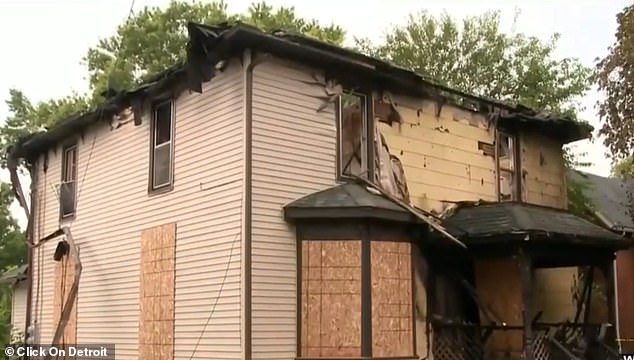 The aftermath of the fire at Joly’s home. Police found traces of gasoline on his clothes 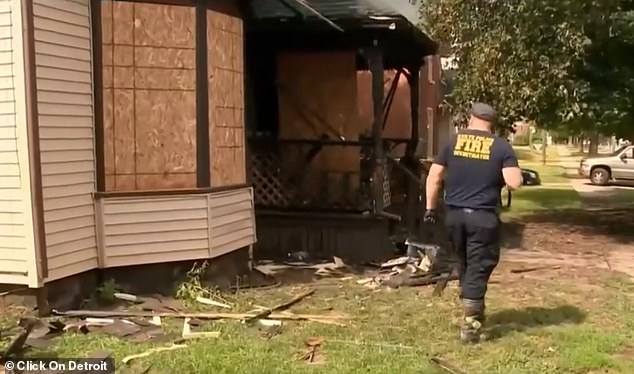 The Jackson, Michigan community launched a fundraising effort that raised $58,000 after the blaze, however according to police it now appears to have been one big hoax

Joly was so well known he was even named Citizen of the Year according to The Detroit News.

‘It’s embarrassing? How do you do it to the community you have put so much effort into helping?’ Travis Trombley, who is homosexual, asked The News.

According to a police report, two members of the St. John’s United Church of Christ where the gay community center is located believed Joly was anxious to generate more news about LGBTQ rights.

Joly had allegedly become visibly disappointed when the 2017 Jackson Pride Parade and Festival had not generated more publicity, good or bad. 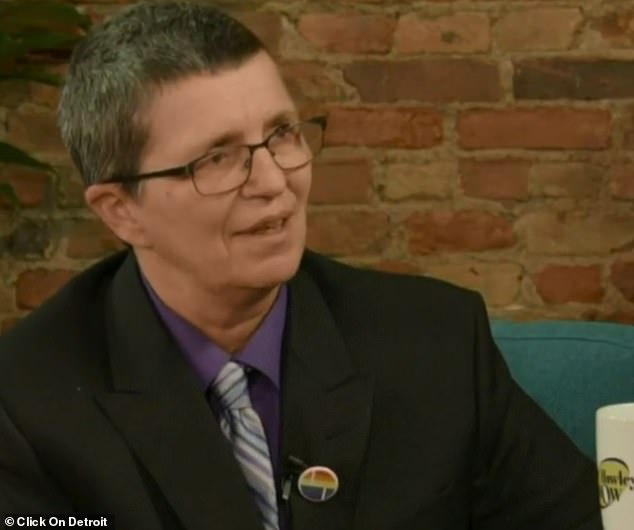 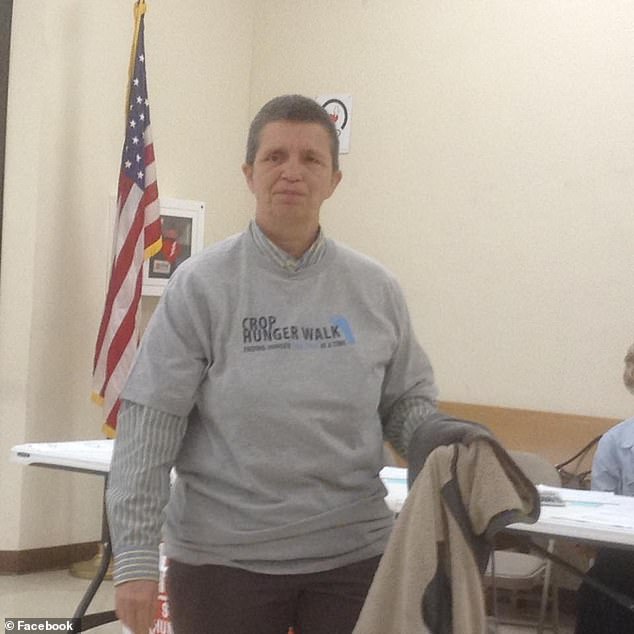 In the months prior to the fire, Joly helped open Jackson’s first gay community center and organized the city’s first gay pride parade and festival

According to Metro News, investigator Aaron Grove, who interrogated Shelton and James, said the pair described Joly as ‘very deceptive’ and possessing ‘layers of manipulation.’

Joly had just got married before the fire and the pair received $58,000 in fundraising from supporters.

He took to Facebook two days after telling supporters: ‘Yes, be angry, be very angry.’

But police were already turning their attentions to Joly after discovering he had bought $10 of gas at a local Marathon store on the morning of the fire.

Joly said he had done so to cut the grass, but his version of how he had spent the day meant there was only a five minute window for any arsonist to break into his home, douse it with fuel and set it ablaze. 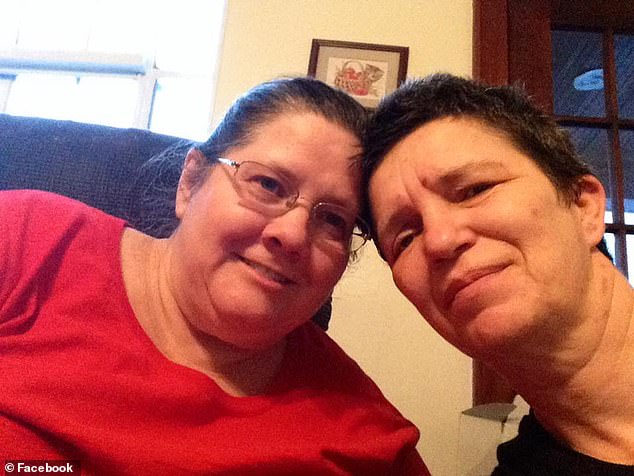 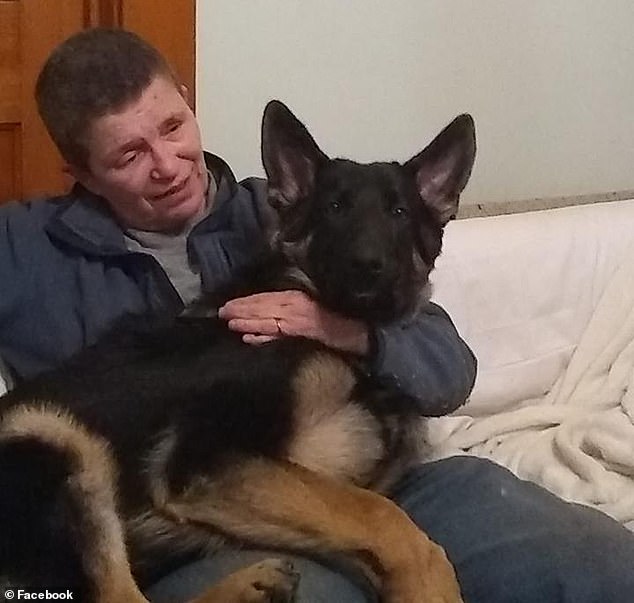 Five pets — two German Shepherds and three cats — died in the fire. The body of one dog blocked a door as firefighters tried to enter

The police report said that gasoline was found in five rooms of Joly’s two-story, wooden-frame house.

Traces of gasoline were also found on the equality campaigner’s clothes.

Joly is said to have refused to confirm or deny setting the blaze at the rented home during a subsequent police interview.

The arson suspect, who made his first appearance in court earlier this month, has since denied setting the fire deliberately.

His attorney Daniel Barnett said Joly was happy with the level of attention he had received.

‘He was citizen of the year. There was plenty of media coverage already before the fire.’ 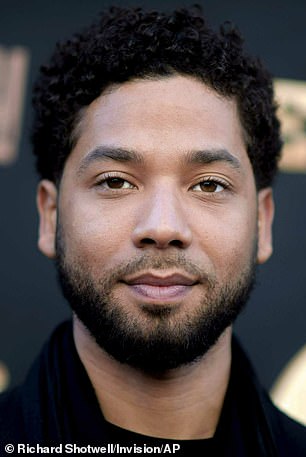 The attorney also drew attention to Joly’s campaigning, and highlighted how much he had done for the cause of LGBT rights in Jackson.

Five pets — two German Shepherds and three cats — died in the fire. The body of one dog blocked a door as firefighters tried to enter.

Joly was charged with one felony count of first-degree arson in October 2018, according to Michigan Live, and was charged with two counts of animal killing the following December. His case is still ongoing.

The alleged hate hoax comes after Chicago prosecutors charged Empire actor Jussie Smollett for filing a false report with police in connection to staging a racist and homophobic attack on himself last month.

Smollett told police two masked individuals hurled bigoted insults and doused him with an unknown chemical substance while walking home from a sandwich shop at 2am.

The actor also told police his assailants looped a thin rope around his neck and shouted ‘This is MAGA country!’ before fleeing.

He allegedly enlisted the help of two brothers — Abimbola ‘Abel’ and Olabinjo ‘Ola’ Osundairo — to stage the attack, paying them $3,500 by check.

Smollett returned to the Chicago set of Empire after posting bond for $100,000 at a Cook County courthouse hours prior.

However, Smollett’s role on the hit show uncertain as executive producers considering recasting his character.