Geelong has found the perfect way to clap back at their doubters who claimed they were too old to win a premiership.

The Cats defied their ageing roster to put the Sydney Swans to the sword in the AFL grand final on Saturday, smashing them by 81 points and breaking an 11-year title drought.

As the players arrived to their Mad Monday celebrations at the Wharf Shed in Geelong they stepped out of a pensioners bus complete with grey hair, makeup and walking frames.

Patrick Dangerfield, 32, led out the Geelong contingent including by Isaac Smith, Shaun Higgins, Joel Selwood and Tom Hawkins that became the oldest average roster in VFL/AFL history to win a flag.

Some of the club’s most senior players including Patrick Dangerfield, Joel Selwood and Tom Hawkins took part in the gag, dressing as pensioners for Mad Monday celebrations 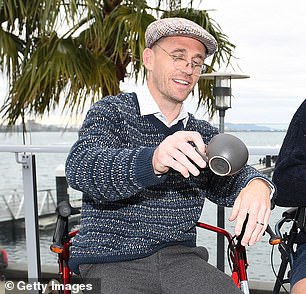 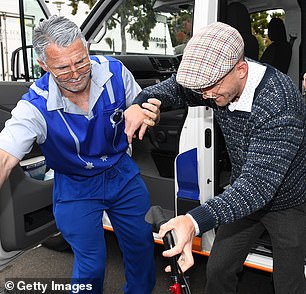 The players weren’t just dressed as the part, they fully played up to the ‘too old, too slow’ monicker as well.

Dangerfield helped his teammate Selwood off the bus, with the veteran superstar still unclear on whether he will continue on beyond this year’s AFL premiership.

Norm Smith medal winner Isaac Smith took a nasty tumble off the bus and Dangerfield jokingly referred to him as ‘Norm’ throughout the entrance.

Jon Ceglar and Zach Tuohy both emerged with smoking pipes and Selwood sat down to enjoy a relieving cuppa after the arduous journey. 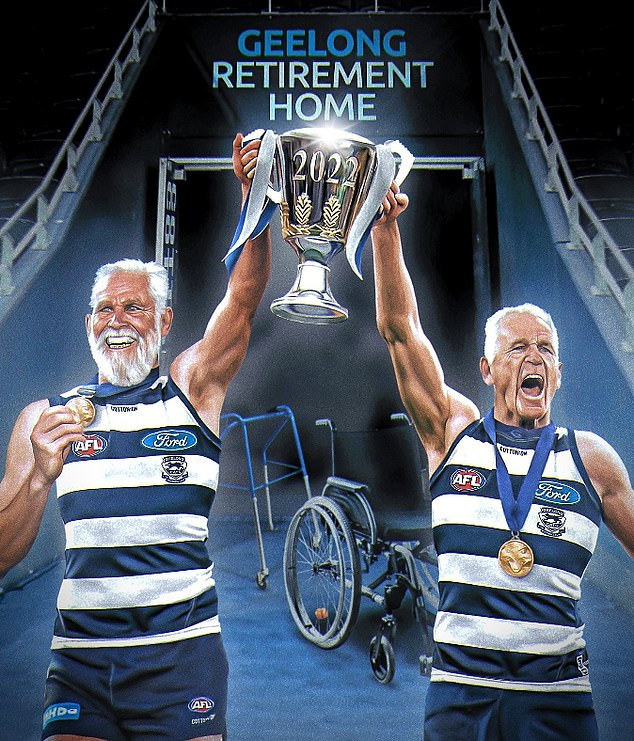 The players went to enormous efforts to achieve the look as well, with Dangerfield admitting he sat in the hairdresser’s chair for 90 minutes to get the look.

‘Well, it’s appropriate – the oldest team ever,’ he told the Herald Sun.

‘Coming in on the retirement bus. To be honest, most of their movements aren’t that put on, that’s probably the most concerning part about it all.’

‘It’s one thing to do these things and we generally do them pretty well, but I think there’s a little bit of extra sauce on it today, because we were lucky enough to win it all.’ 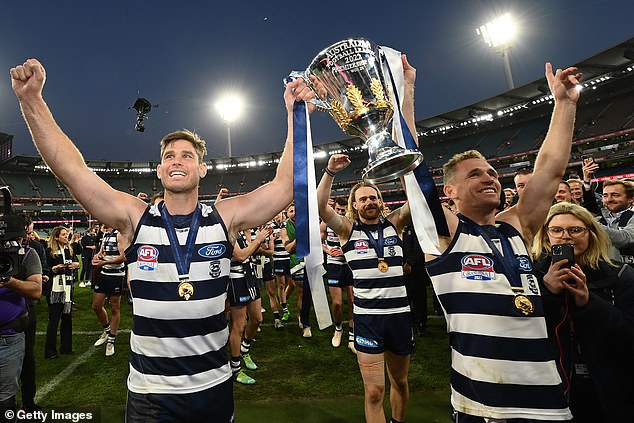 Dangerfield said the idea was Selwood’s with a text message sent around the group on Wednesday before the grand final.

‘He said ‘I’ve organised a retirement bus for Mad Monday’, so it was great to see the captain’s head was well and truly in the game and ready for performance,’ Dangerfield said.

The Cats were infamously belted by 83 points by eventual premiers Melbourne in last year’s preliminary final and were labelled ‘too old and too slow’. They weren’t any younger when they thrashed Sydney on Saturday.

Not all the players elected to play up to the age trope, with Jeremy Cameron stealing the show dressed as his famous grand final day chicken. 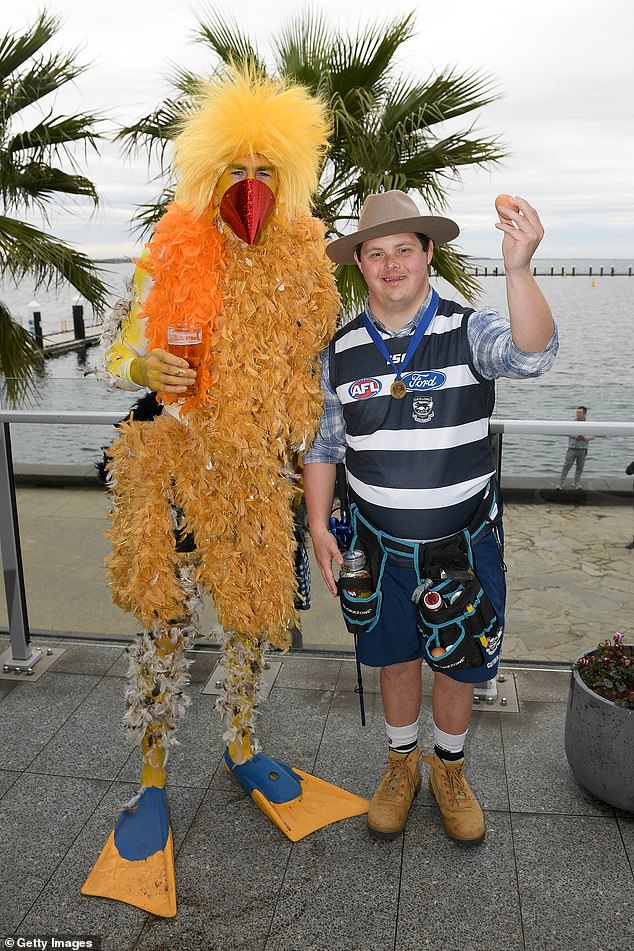 He had been waiting for it to lay eggs and when it finally did on the morning of the decider, he had them for breakfast.