Gemma Collins has reportedly met with plastic surgeons to have her ‘saggy boobs’ lifted after her recent weight loss.

The reality star, 38, is said to be after a perkier look and plans to film as she goes under the knife for her new show Diva Forever.

After losing two-and-a-half stone while on Dancing On Ice, the former TOWIE star is said to be ‘convinced’ her boobs need work.

Perkier assets: Gemma Collins has reportedly met with plastic surgeons to have her ‘saggy boobs’ lifted after her recent weight loss

A source told The Sun Online: ‘Gemma has impressed everyone with her weight loss recently but she’s not happy with her boobs. She’s convinced they are saggy and she needs to get them lifted.

‘If she does do the op, she only wants the best so met with two top surgeons this week at Mottram Hall in Cheshire.

‘She’s heading to LA in the next few days to film her show but when she gets back she’s hoping to book herself in for surgery.’

Gemma started her weight loss journey after she noticeably dropped dress sizes because of her gruelling rehearsals for Dancing On Ice. 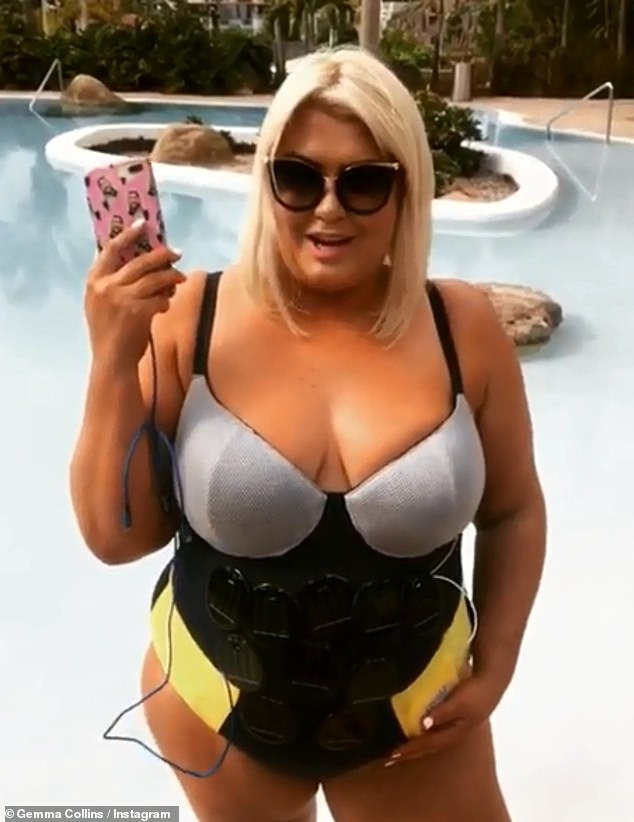 Under the knife: The reality star, 38, wants to go for a perkier look and plans to film the process as she goes under the knife for her new show Diva Forever.

Often candidly talking about her size with her fans, the Celebs Go Dating star revealed she had gone vegan when she shared her latest weight loss secrets.

It comes as the reality star is believed to have broken up James ‘Arg’ Argent following a huge row where she allegedly called him an ’embarrassment to be around’.

Gemma is thought to have blocked him from contacting her after she broke up with him following an argument, which is believed to have stemmed from his recent weight gain, The Sun reports.

The couple have now unfollowed each other on social media amid reports that Gemma is keen to move on with her life without James after she ended things. 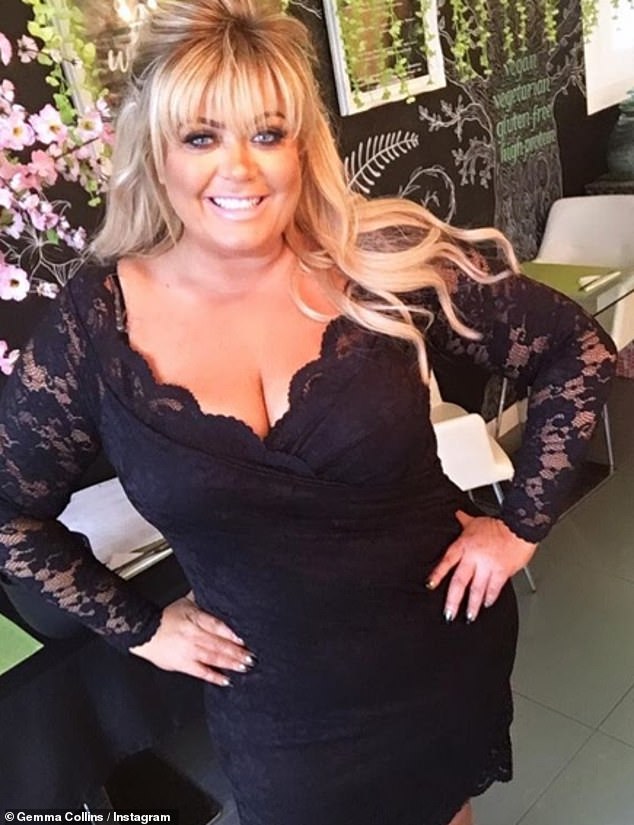 Stunning: After losing two-and-a-half while on Dancing On Ice, the former TOWIE star is ‘convinced’ her boobs need work

A spokesman for Gemma Collins confirmed: ‘Gemma had no choice but to end the relationship. There will be no further comment.’

A source told The Sun: ‘They had a big bust up and Gemma said James was an embarrassment to be around after he began putting on a lot of weight again.

‘At the moment Gemma is determined to get on with her life and wants to be alone without any visits from James.’

The source added: ‘She’s pretty cut up about it but friends are saying that they wouldn’t be surprised if they got back together, considering their history.’

Gemma and James have had a rocky relationship ever since finally getting together in 2017, when James declared his love for the blonde bombshell during the Christmas special of TOWIE. 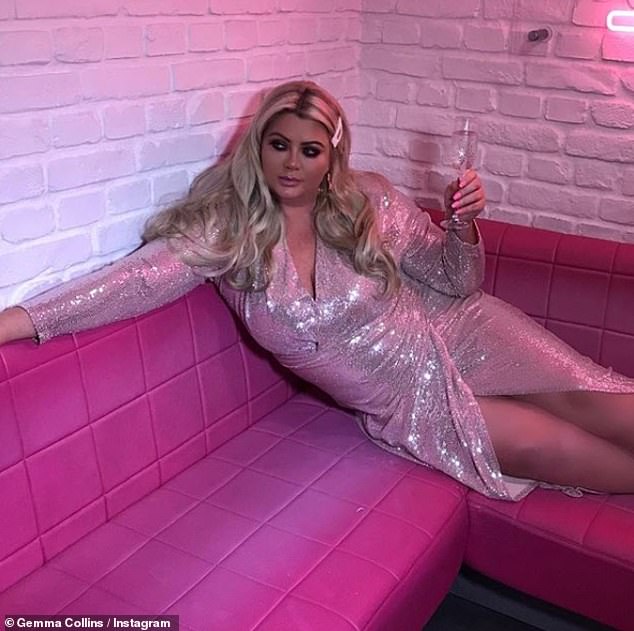 Hot stuff: The star has already had cosmetic surgery after having filler injected into her tear ducts, cheeks and chin earlier this year

In February earlier this year, Gemma kicked James out of her home after being infuriated when he shared a video of her snoring on social media.

Amid the split claims, James was accused of sending abusive texts to Gemma where he called her a string of offensive names where he fat-shamed her and told her she had ‘more rolls than Greggs’.

He was also accused of calling his ex ‘an embarrassment’ and ‘a fat horrible lump’ in the series of abusive messages seen by The Sun.

According to the publication, the messages said: ‘You are a fat joke of a woman. An absolute car crash! You’re nearly 40 f***ing years old, you embarrassment.’

In another, he said: ‘You fat horrible lump. Nasty mean woman. Who the f*** do you think you are? You’ve got more rolls than Greggs.’ 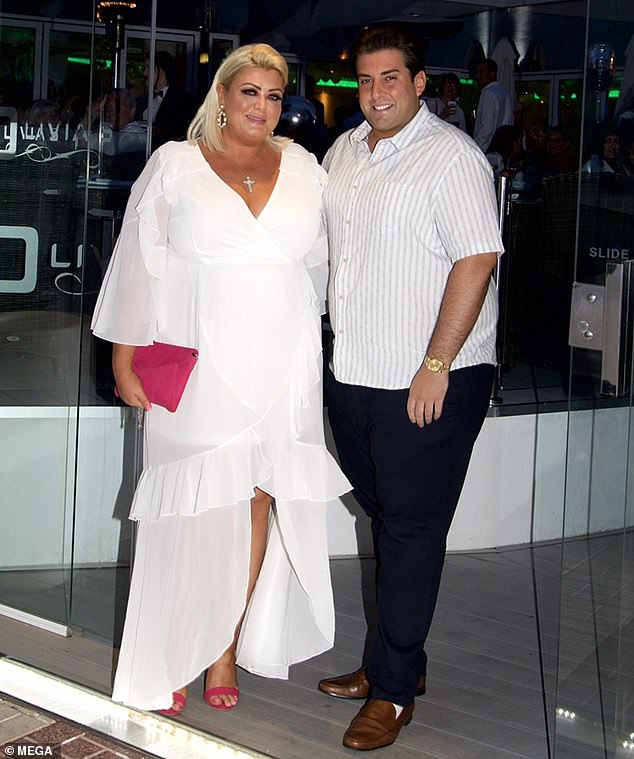 Happier times: It comes as the reality star is believed to have broken up James ‘Arg’ Argent following a huge row where she allegedly called him an ’embarrassment to be around’ 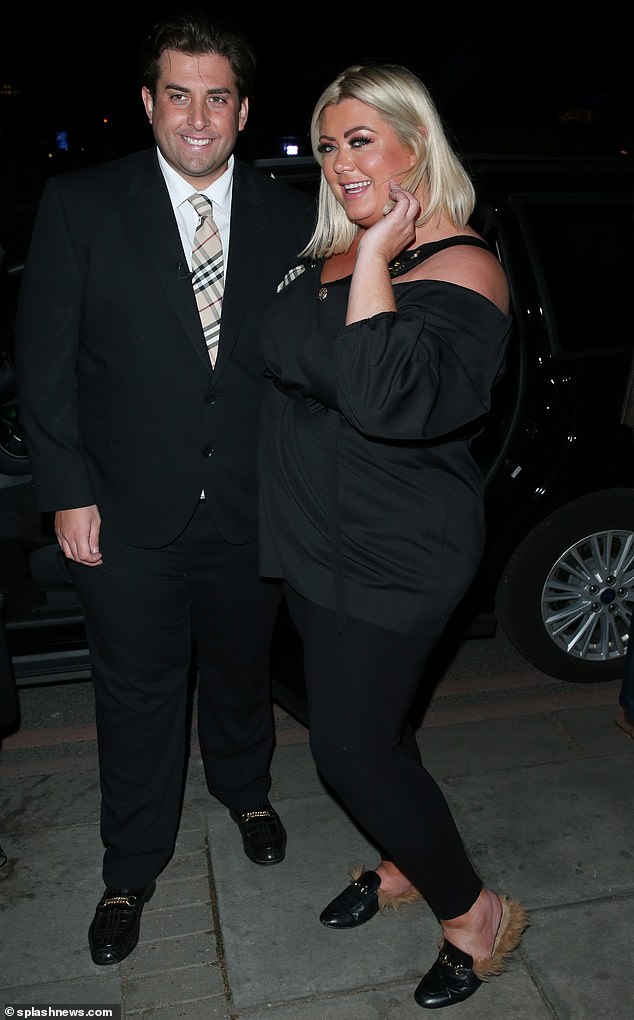 ‘Embarrassing’: A source told the website: ‘They had a big bust up and Gemma said James was an embarrassment to be around after he began putting on a lot of weight again.’

The source went on to suggest that James had turned ‘nasty’ after Gemma’s profile soared on ITV’s Dancing On Ice because he ‘couldn’t handle her fame’.

However after their bust up, the long-time TOWIE star admitted it was a case of the pot calling the kettle black because he and Gemma were a similar weight at the time.

Speaking to OK! Magazine at the time, he attempted to explain the circumstances, which saw him upload a video to social media of Gemma snoring. 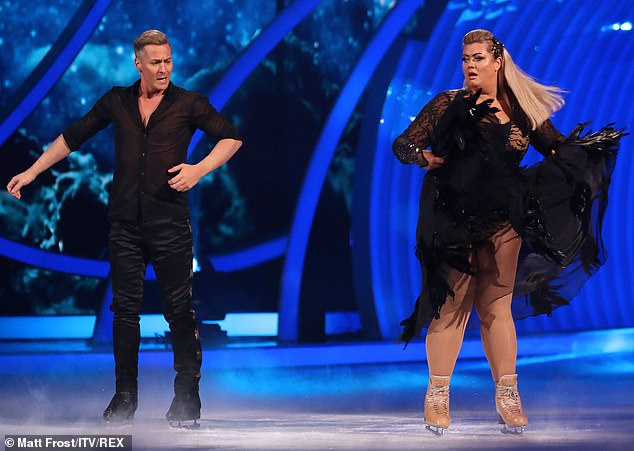 ‘I deeply regret what I said but Gemma gave as good as she got, we both said some very nasty, hurtful things to each other’, he told the publication.

‘I actually thought she looked really cute [in the snoring video] and assumed she’d see the funny side!

‘I’m ashamed of what I said to Gemma – I love her with all my heart. I have problems with my own weight so I’m the last person who should be trying to fat-shame.

‘It’s a bit pot, kettle, black as Gemma lost two stone doing Dancing on Ice so I actually weigh more than she does now.’