Gemma Owen has showed off her enviable figure in brand new snaps of her first PrettyLittleThing edit.

Baring her midriff in a khaki green knitted co-ord, the 19-year-old former Love Islander has shown she’s well into the groove of the influencing lifestyle after a busy few months.

She wore a classic beige trench coat with the cropped set and accessorised with a beige fedora hat with a cream ribbon detail, posing up a storm while on the photoshoot set in sunny Seville, Spain.

Unreal: Gemma Owen has showed off her enviable figure in brand new snaps of her first PrettyLittleThing edit, baring her midriff in a khaki green knitted co-ord

Gemma slipped her feet into a pair of beige stiletto heeled knee-high boots which tied the look together perfectly.

Her raven tresses had a natural wave to them and fell perfectly over her shoulder as she posed for the pictures. 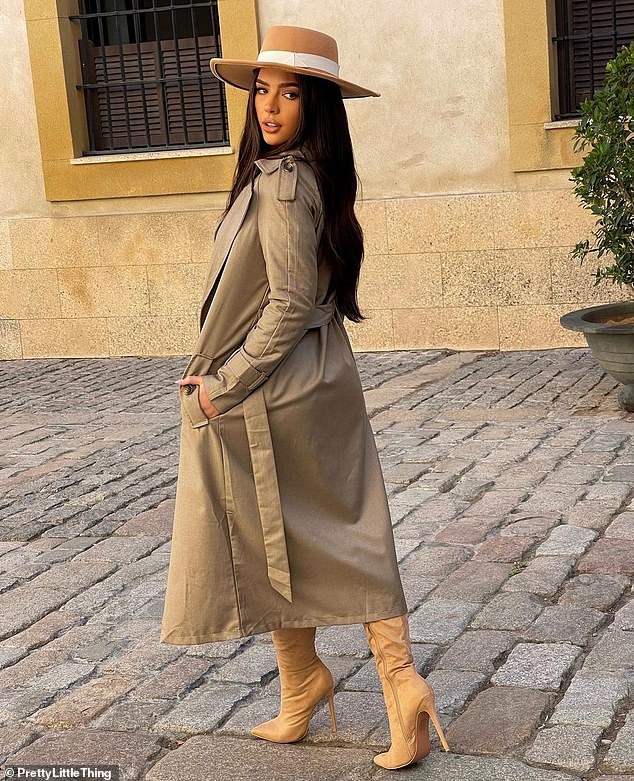 Look back at it: She wore a classic beige trench coat with the cropped set and accessorised with a beige fedora hat, posing up a storm while on the photoshoot set in Seville, Spain

Wearing her signature makeup look, the influencer had a flawless face and a simple blushed nude lip colour.

The snaps were taken while she also filmed her first ever television advert for fashion retail giant PrettyLittleThing just two months after signing her six-figure ambassadorship deal.

During her time on the hit ITV2 show this summer, Gemma’s stylish outfits were lauded by fans and now they are able to emulate her sense of fashion with the collaborative edit.

Offering a 48-piece collection ranging in prices from £10 to £75, the classy-looking Gemma Owen Edit television advert was shot in Seville, Spain – and the former Islander looks sensational as she struts her stuff in the TV advert.

Her enviable curves are showcased in the various other looks throughout the 38-second clip, with various other wardrobe staples being modelled by the reality star.

The runner-up of the hit ITV2 show was handpicked by the online major retailer following a series of meetings in Manchester two months ago, with founder Umar Kamani, 34, and his close team. 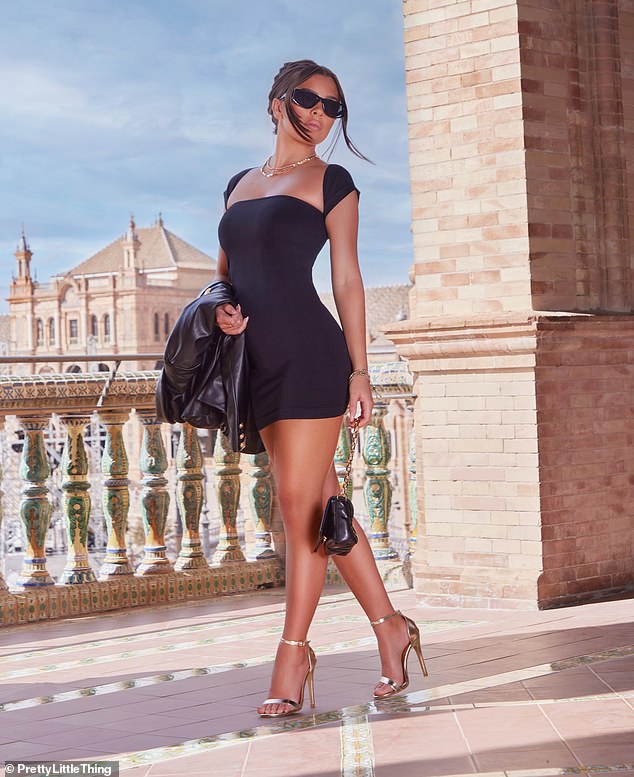 Strike a pose: One of the looks from Gemma’s edit shows her in a black bodycon square-necked mini dress with triangular shaped short sleeves

Recently, she told MailOnline of the new collab: ‘The edit is classy, elegant, and has something for everyone. I love every outfit, every piece. I’m really happy with it.

‘This is an edit due to time constraints, but the next drop will be the collection.

‘There’s a lovely cream blazer, which I wore as a dress with cycling shorts and shot with some knee-high boots – it was incredible.

‘I also love this olive two-piece, but everything is perfect for autumn winter.’ 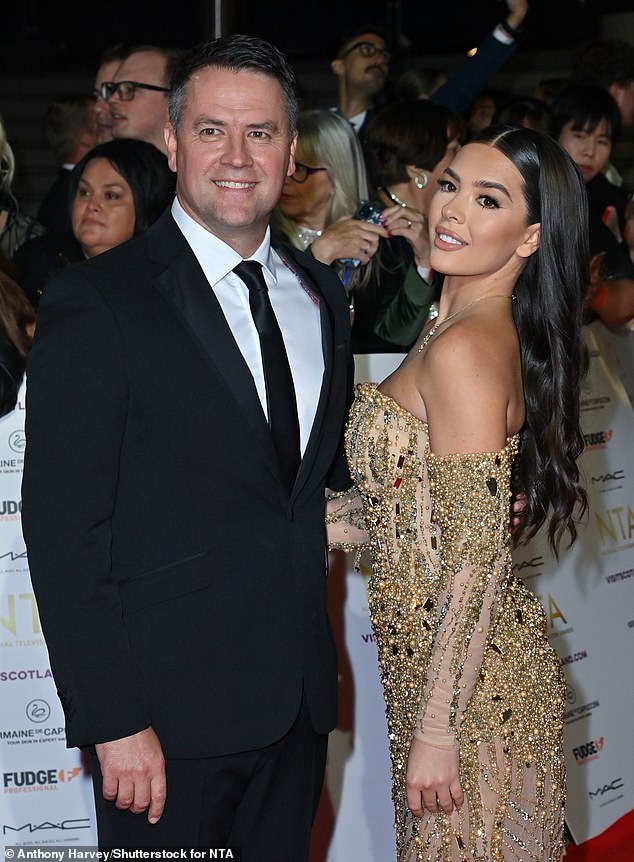 Proud: The Love Island star, 19, looked incredible in glitzy gold dress as her famous father gushed over how proud he was of her

Gemma told MailOnline: ‘This really is a dream come true for me.

‘I wore PrettyLittleThing throughout my time on the show and now being announced as one of their newest ambassadors alongside some incredible talent including Love Island alumni is really special.

‘The team has been amazing and I’m excited to get to work and start designing some collections for you all.’

She recently appeared at the National Television Awards with her famous father, former England footballer Michael Owen, who told MailOnline he was really proud of her.

Speaking to MailOnline, the former footballer, 42, said: ‘Really proud of all four [children]. My kids, obviously Gemma being the oldest, you know, I had no doubts when she went on to the show and no doubts for her future, really. 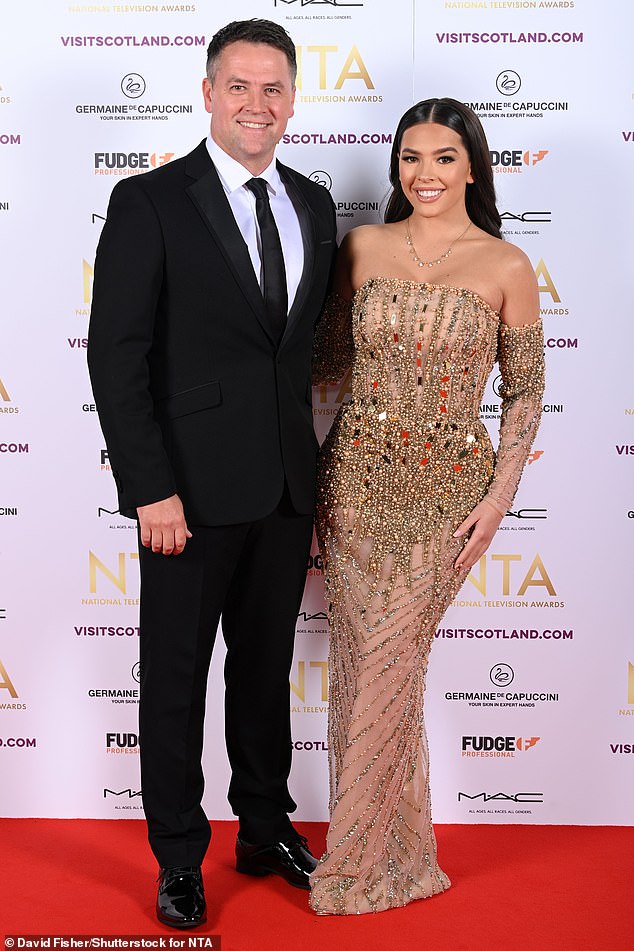 Father and daughter: Gemma Owen brought her dad Michael as her date to the National Television Awards on Thursday night, leaving her boyfriend Luca Bish at home