Now that is nothing to sneeze at and will leave you feline fine: Gene-modified cats could mean their owners’ allergies are not triggered

Catlovers who are allergic could soon have a gene-edited pet which does not make them sneeze.

Up to 15 per cent of people suffer symptoms such as red eyes when near the felines. But scientists have come a step closer to creating a hypoallergenic cat.

They targeted a ‘sticky’ protein called Fel d 1, which is believed to cause 60 to 90 per cent of allergies.

Found in the cat’s saliva and skin, it gets on their fur when they groom and in the air when they shed hair. 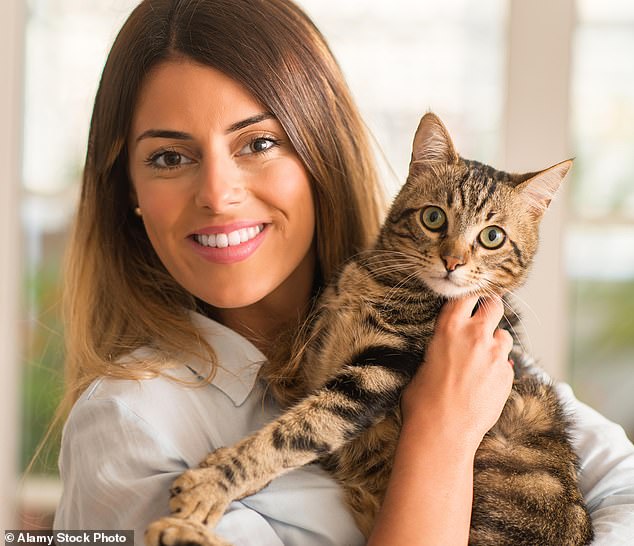 There are currently no truly hypoallergenic cats, though hairless breeds are often less of a problem (stock image)

In the next five years, they hope to produce a pet for people with allergies.

Dr Nicole Brackett, who led the study for US research firm InBio, said: ‘Our technique does not just reduce symptoms but eliminates the protein which causes allergies completely.’

The study, in The CRISPR Journal, found the targeted genes are probably not needed by the felines as they vary considerably between pets and distantly related exotic cats such as lions.

There are no truly hypoallergenic cats, although hairless breeds such as sphynxes may be less of a problem.

The next step is to create modified kitten embryos, removing the genes which cause allergies.