The generosity of a Gold Coast hairdresser will see a dream wedding wish come true for one incredibly deserving couple.

Rebecca Limb and Matt McLean have been chosen by Megy Lamberton – the woman who wanted to find a way to pay it forward – to receive a complete wedding package.

Ms Lamberton started her search for a bride and groom who needed a helping hand a month ago as a way to give back after she’d had a bumper year in business.

Rebecca Limb (pictured centre) and Matt McLean (pictured left) have been chosen by Megy Lamberton to receive a wedding package valued at over $30,000

Originally she put the call out on social media for a bride in need who she could help by styling their hair, free of charge.

Soon after Ms Lamberton was contacted by local businesses in the area all offering to chip in with their services, and from that she was able to put together an entire package, including a wedding dress by Wendy Maiken, music and the cake.

Speaking to FEMAIL, Ms Lamberton said it had been really tough just choosing one worthy couple.

‘We were flooded with nominations for some many people but we weren’t able to overlook Bec and Matt.’ 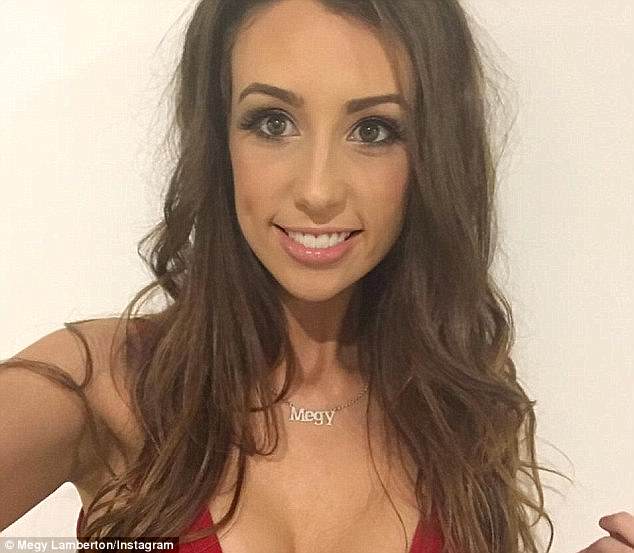 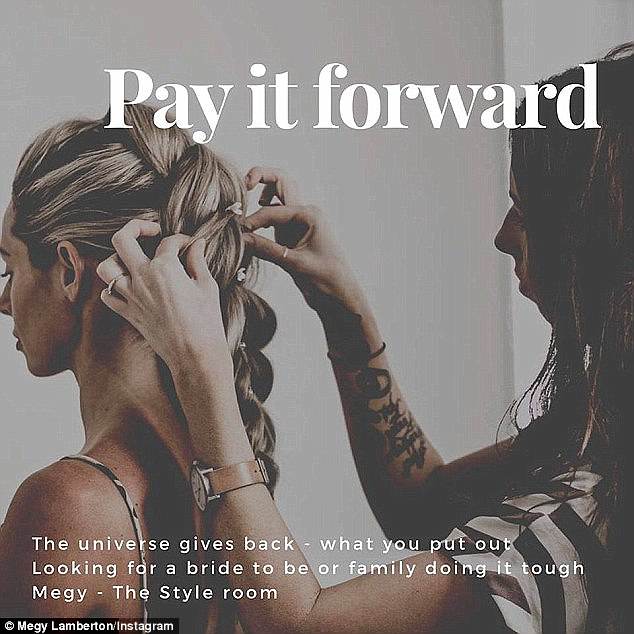 ‘It was so confronting and overwhelming to see just how much two people could be put through.’

Rebecca and Matt have both had battles with blood cancer since they were aged 16 and 20.

As a result of their illnesses, the pair tragically has both been left infertile and adding to even more heartbreak, Mr McLean also lost his mother to breast cancer a few years ago.

The pair were engaged last year and revealed on the program without the support of Ms Lamberton’s generous offer, they wouldn’t have been able to afford to get married due to mounting medical costs.

‘There was no way it could happen, said Ms Limb. ‘We have looked into it and all of it is just out of our price range.’ 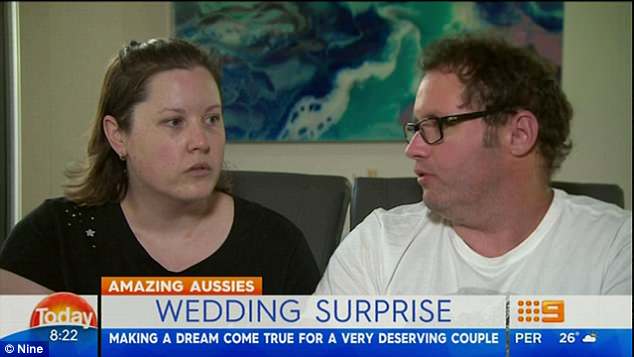 Ms Lamberton said while she had been flooded with nominations from people for the special gift, she couldn’t overlook Bec and Matt

The package includes photographer and a videographer, to a celebrant, a florist, a sign-writer, a cake-maker, a venue and furniture hire.

Ms Lamberton revealed even more people had come on board to make the wedding extra special.

‘We have had people come forward with an offer to make the rings, a Ferrari has been offered as a wedding car, we have accommodation for a honeymoon, people have come forward and offered a pamper day for Bec,’ she said.

Currently, the package is valued at over $30,000 and the Gold Coast wedding has been scheduled for May.