Gennady Golovkin’s team are concerned that Canelo Alvarez may be as difficult t coax into the ring for their rematch as he was for more than two years before their controversial super-fight.

A second battle in what should develop into one of boxing’s historic trilogies does not seem as inevitable as it looked immediately after Canelo was gifted a draw by the judges in Las Vegas 10 days ago.

Golovkin’s connections are hoping that the Mexican public will again compel Alvarez to do it. 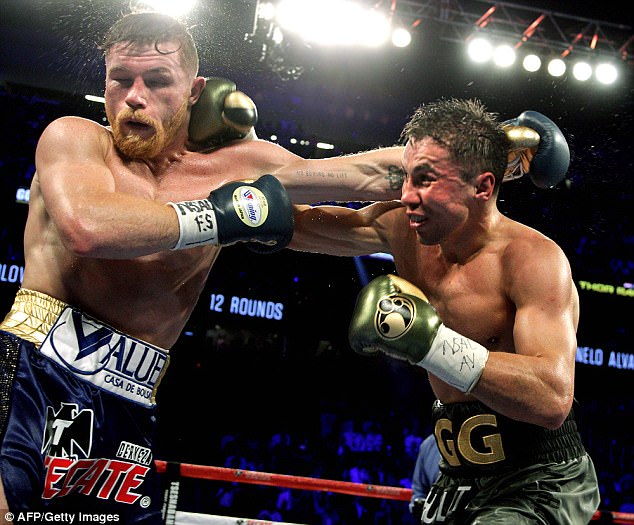 Tom Loeffler, promoter of the Kazakh world middleweight champion, says: ‘Canelo was under pressure from his own people to take the first fight and given the macho nature of his country he will be again.

‘The culture is that Mexicans don’t run. And never before have we heard Canelo booed the way he was by his own Mexican fans in Vegas after the draw was announced.’

Loeffler does not sense any reticence for a second fight in Canelo’s Golden Boy promoters, whose legendary chairman Oscar De La Hoya is on record as saying: ’We must do the tie-breaker.’

Loeffler adds: ‘I’ve had a first conversation with Eric Gomez (Golden Boy president and chief negotiator) and while I don’t know yet what they want in the way of terms, it is clear they are keen to go ahead.’

The initial reaction from Canelo himself was less definitive. He said: ‘We can do the rematch… if it’s what the fans want.’

Loeffler says: ‘Triple G knows he really won the first fight and he would go again as early as December if they wanted. 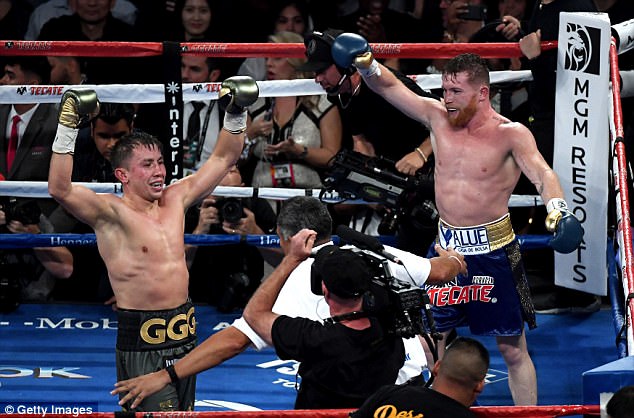 At the final bell, both Golovkin and Alvarez celebrated as if they had done enough to win 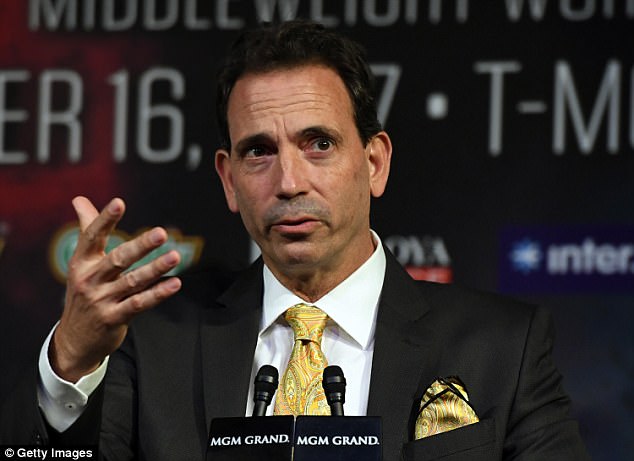 ‘Canelo says he won the fight. If he truly believes that then he should have no qualms about the rematch.’

The unspoken worry is that Alvarez may have come to accept that he had a lucky escape with that draw and may not want to take the risk again.

Golovkin’s only quibble is a preference for moving a second fight out of Vegas, where judge Adalaide Byrd’s preposterous scoring of 118-110 for Canelo was not the only cause for a raising of quizzical eyebrows on the night of September 16.

Don Trella’s 114-114 card which produced the draw has also been called into question and Loeffler says: ‘All the criticism of Adalaide Byrd has somewhat obscured Trella giving the seventh round to Canelo. Had he not done so Gennady would have won and that was Triple G’s best round.’

It was also the round in which referee Kenny Bayless looked close to calling a halt before Alvarez rescued himself by finally throwing a couple of punches back while taking a battering on the ropes.

Conspiracy theorists were also aroused by a late surge of heavy betting in the casinos which suddenly halved the odds on a draw from 30-1 to 15-1. 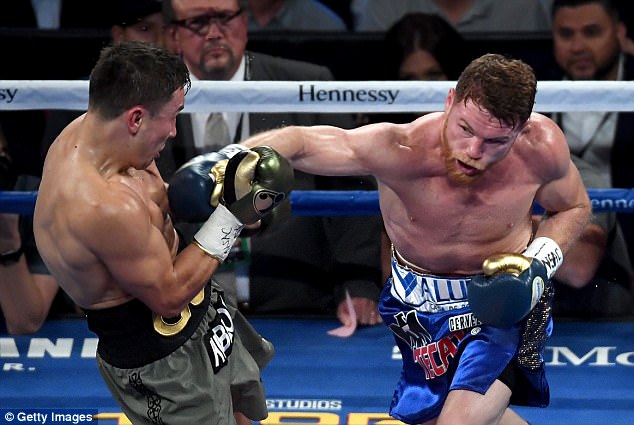 One judge, Adalaide Byrd, was heavily criticised after awarding Golovkin only two rounds

Now it has emerged that the Nevada State Athletic Commission did not know at the time how much the judges were paid.

It is customary in boxing for the promoters to meet those fees. Golden Boy were the lead promoters, with Golovkin’s promotion company secondary.

Only Golden Boy wrote out the cheques, while Commission chief executive Bob Bennett estimates that the judges are likely to have received somewhere between $100,000 and $500,000 each. That is an eye-watering amount.

Virtually everyone in boxing believes that the bad old days of the big fix are long gone, Loeffler very much included. But he does say: ‘Something went wrong in Vegas and we will all have to make sure it doesn’t happen again.

‘Until his last two fights Gennady had been on such a long knockout streak that we hardly had to think about the judges. From now on we will have to pay closer attention to that and all the detail around his fights.’ 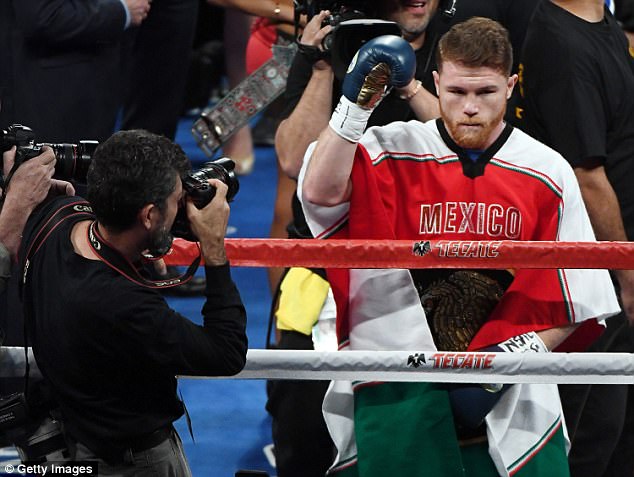 Gomez offers this reassurance: ‘Canelo is fully on board with the rematch. As is Oscar. And we are victims of that bad card as well. Not just Golovkin.

Yes, they did and Golovkin says: ‘Although the judging was bad for boxing, the big drama fight was good for boxing.’

At the least, he will have to wait until Mexico’s Cinco de Mayo celebrations weekend next May if he is to meet Canelo again. By then he will have turned 36.

He will accept returning to the T-Mobile Arena on the Vegas Strip – where he earned $25million and Alvarez $35m first time out – if it is again the best financial deal. But Loeffler is exploring whether there might be an even bigger pay day to be had elsewhere.

He says: ‘Dallas could be an attractive option. We saw the success of Anthony Joshua and Wladimir Klitschko drawing a crowd of 90,000 at Wembley Stadium. A hundred thousand in the Cowboys Stadium could be a magnificent event.’

Just now there is only one certainty: If this rematch does not happen the boxing world will not forgive whoever is responsible. 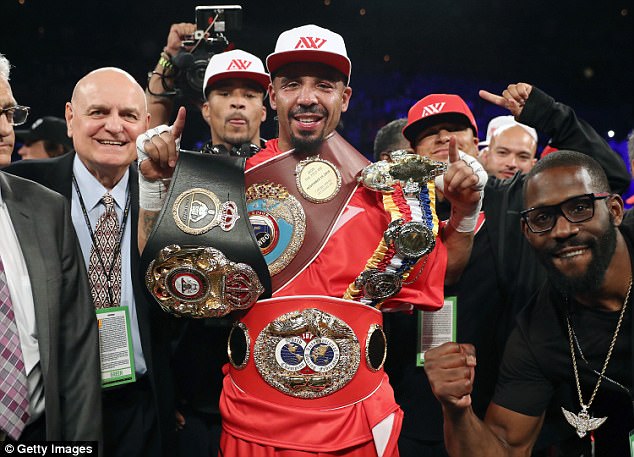 The sudden retirement of Andre Ward leaves a vacancy for the mythical title of best pound-for-pound boxer in the world.

The winner of the world middleweight title super-fight between Golovkin and Alvarez would have been the natural successor – but unfortunately the cross-eyed judges in Las Vegas concluded there was no winner.

That draw – a travesty of a decision – does leaves Golovkin wearing the WBC, WBA, IBF and IBO belts. Since he was ranked second behind Ward in The Ring magazine’s pound-for-pound rankings and remains undefeated, logic suggests he still should ascend that throne.

Although claims will be pressed for Terence Crawford and Vasyl Lomachenko, who were rated third and fourth behind Triple G.

While we ponder that weighty matter, let us take time out to give Ward his dues.

The Californian, an Olympic gold medallist, won all his 32 professional fights in a 13-year career. It would have been more but for two lengthy absences from the ring because of contractual disputes. 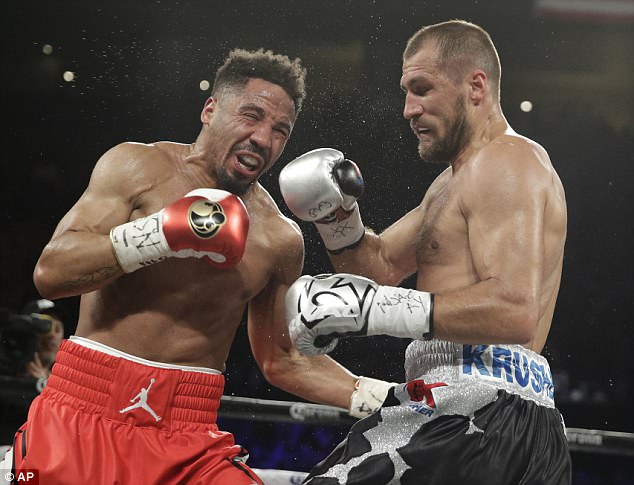 And while he was not the most entertaining fighter on the planet, we are bidding farewell to one of the most technically accomplished and profoundly intelligent boxers of his era.

Victory over Carl Froch made him the unified world super-middleweight champion, an achievement he repeated at light-heavyweight when he outpointed Sergey Kovalev.

The closeness of that decision compelled a rematch which ended with the Krusher protesting that the body shots which knocked him out were low.

A third fight was in the works until Ward announced that, at 33, his body could no longer withstand the grind of the gym.

Maybe one of those blows in his last fight was belt borderline but it is nonsense of Kovalev to claim that Ward has retired because he was afraid of facing his big punches again.

Andre Ward feared no man in the ring. He truly was boxing’s Son of God. 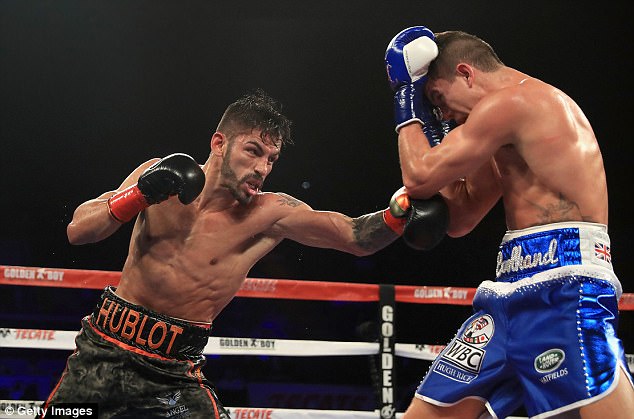 When a close decision goes against him at the end of an excellent fight he says he thought he had won – as boxers do – but then sends a tweet to Linares congratulating him as a great world champion.

Hughie Fury, with his family in close attendance, does not do enough to relieve plodding Joe Parker of ‘the other’ world heavyweight title, the one not held by Anthony Joshua or Deontay Wilder.

When the decision goes against him at the end of as stupefying 12 rounds – alright, it was somewhat closer than the 118-110 scored by two of the judges – he and his nearest and dearest fly into a rage and scream robbery and corruption. 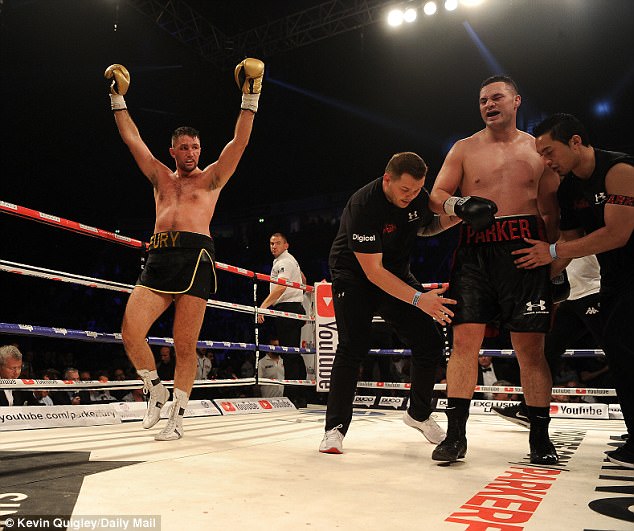 Hughie Fury (left) also failed in his bid to bid to win a world title, against Joseph Parker