Gentleman Jack’s Sophie Rundle confirms she is pregnant: Actress shares baby bump pictures a month after she was rumoured to have married Matt Stokoe

Gentleman Jack actress Sophie Rundle has confirmed she is expecting her first baby.

The star took to Instagram on Tuesday to share two pictures of herself holding her blossoming bump, just a month after it was rumoured she was expecting.

The news also comes weeks after Sophie was thought to have tied the knot with fellow actor Matt Stokoe, both 32, after they were seen wearing wedding bands.

Gentleman Jack’s Sophie Rundle has confirmed she is pregnant: The actress shared baby bump pictures on Instagram on Tuesday, a month after she was rumoured to have married Matt Stokoe

Happy days: Sophie shared this caption alongside her latest snaps

Posing in a black form-fitting top as she shared her happy news, Sophie wrote: ‘New friend on the way. Arriving here with the daffodils and the sunnier days of spring. O high riser, my little loaf. ✨.’

Last month, Sophie and Matt were pictured walking their retriever, Buddy, in the park, with the couple both flashing ‘wedding’ bands – but they haven’t confirmed if they are married.

The outing came after Sophie had been seriously ill with Covid over the Christmas period. 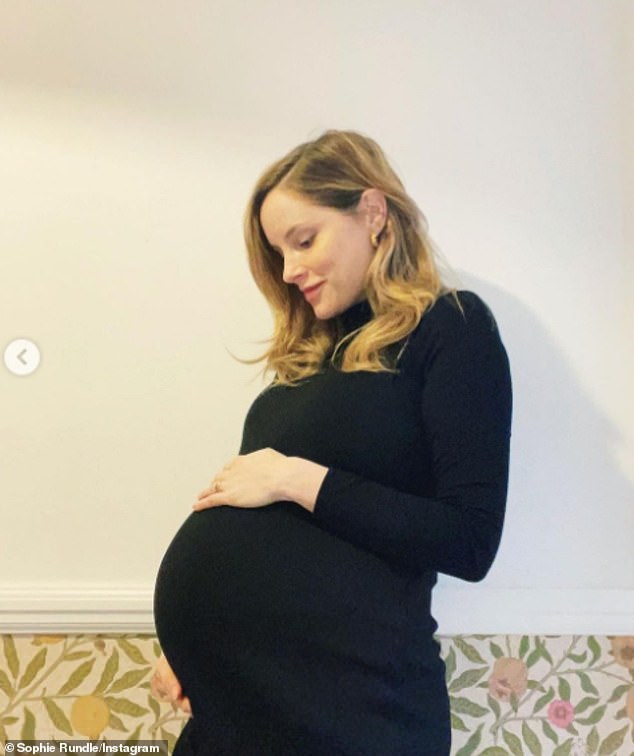 A moment: She smiled as she cradled her baby bump in two new pictures 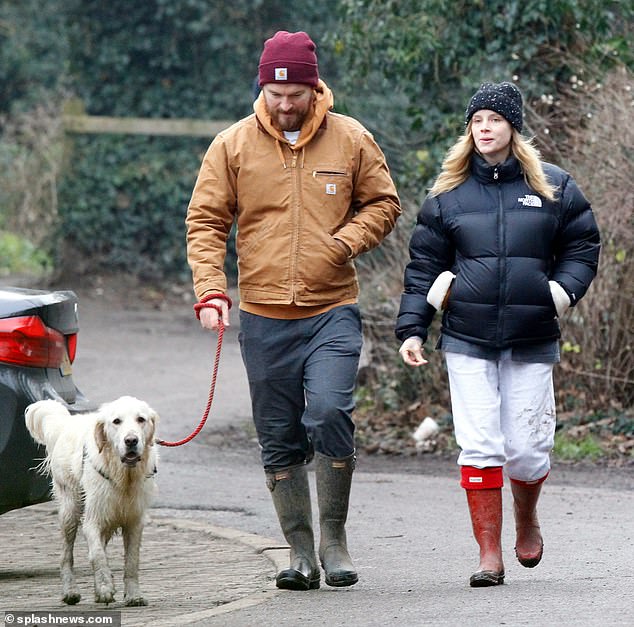 Her love: Sophie is rumoured to have married Matt Stokoe (pictured in January) after they were both pictured wearing gold wedding bands

Soon after their engagement in 2019, Sophie said: ‘The whole wedding thing is weird. Everyone expects you to be desperate to be a princess for the day – that’s not really my scene.’

Shortly before Christmas, the actress told her 250,000 Instagram followers that she had to go to hospital to be treated for Covid-19.

Sophie penned: ‘Greetings from my sick bed. So for Christmas this year I got myself a juicy bout of Covid-19. 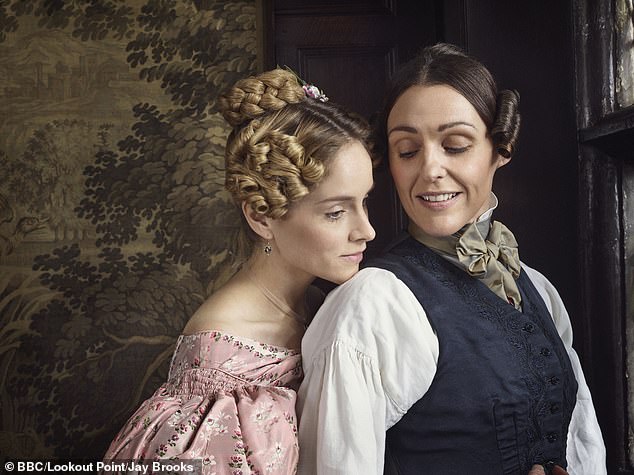 In demand: Before catching Covid over Christmas, Sophie was filming the second series of Gentleman Jack with Suranne Jones, pictured

‘I also have a very festive bloodshot eye from all of the hardcore vomiting I was doing in hospital. I can taste nothing, I have a cough to rival a Dickensian workhouse orphan boy.’

She also told how she was suffering from a pain from a ‘gnarly’ wisdom tooth, saying it all added up to ‘quite the feast of festive ailments’.

Sophie and Matt, star of BBC period drama The Musketeers and Netflix series Cursed, have been together since 2016 after meeting on the set of Sky One drama Jamestown. 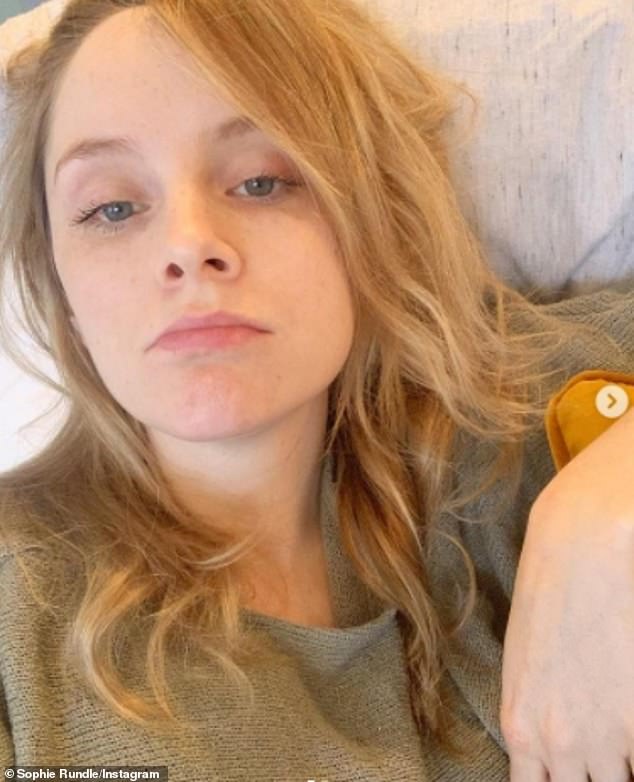 Down in the dumps: Sophie shared this update from her sickbed on Instagram just before Christmas but appears to be much better now

Since then, Sophie has barely been off our screens, with appearances in Bodyguard, Peaky Blinders and Sky’s Urban Myths, in which she played Princess Diana and Line Of Duty.

She most recently starred alongside Matt in the claustrophobic horror film Rose: A Love Story, in which they played a couple living in a remote woodland cabin.

And before Covid laid her low, she was spotted filming the second series of Gentlemen Jack in West Yorkshire, alongside Suranne Jones. 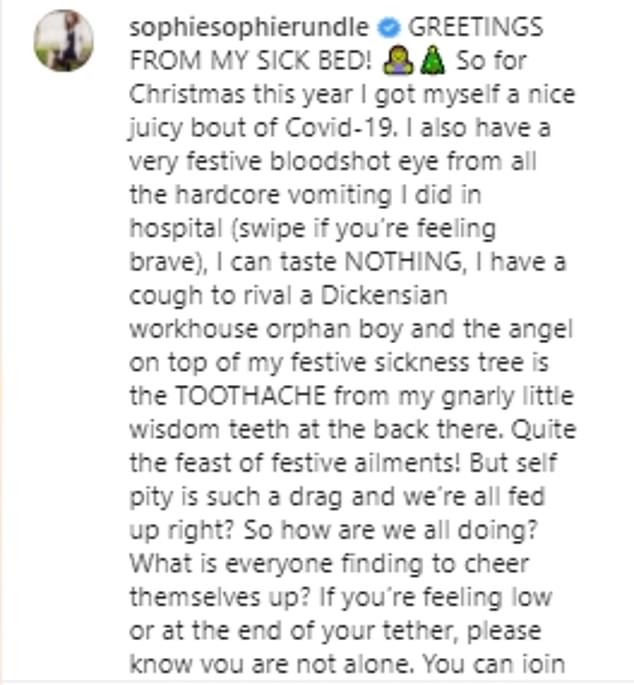 ‘You are not alone’: She wrote a lengthy post alongside the picture, explaining how she was feeling