A vile and infamous child molester has been jailed after filming himself sexually assaulting children as young as ten – but he could be released in just three years.

Geoffrey William Moyle, 47, from Adelaide pleaded guilty to sexually abusing the children – aged between 10 and 12 – while he worked as a foreign aid worker in Cambodia between 2002 and 2005.

A 20-year manhunt had been ongoing to find Moyle, otherwise known as ‘Waka’, who was one of the first to film child abuse and upload it online for others to see.

To fellow peadophiles, he was praised as the man who ‘wrote the Bible on child abuse’ and had played a huge role in creating the online exploitation trade, The Advertiser reported.

The 47-year-old was jailed on Friday for eight years and nine months.

Geoffrey William Moyle, 47, is pictured wearing the same watch as in his sick videos, a detail which helped authorities to finally identify him

He was also given a nine month sentence for possessing child exploitation material in Australia.

Moyle was given a non-parole period of four years and six months but Judge Paul Cuthbertson took into account the two years he’d already served in custody – meaning he could be released on parole in 2024.

The videos he shared had all been filmed by himself and were compiled into ‘collections’ to be viewed by others online.

It’s understood the girls he abused had been child sex slaves held in Cambodian brothels.

He was first investigated in 2019 by the AFP after he posted an interest for young Asian girls on a known child abuse website.

Detectives found USB containing child exploitation material but further investigations revealed a man by the same name was wanted by both Cambodian police and the US Homeland Security.

Homeland Security Investigation authorities had managed to arrest 72 members of an online pedophile bulletin board and while Moyle escaped undetected he left behind an IP address.

He never showed his face or spoke in his sickening homemade videos but was eventually caught when authorities were able to match a watch, shoes and a growth on his thigh to that of Moyle’s.

SA Police detectives had to scour through the horrific footage to try and identify his victims while child exploitation taskforce JACET narrowed in on finding the man responsible.

When his parents’ house was raided, detectives found photos of Moyle wearing the same pair of shoes and wristwatch they’d seen in the disturbing footage.

Moyle also made his victims hold the remote control for his camera while he abused them with detectives seeing this same remote in his hand in another photograph.

Earlier this year, one of his victims demanded compensation of $84,000, which Moyle agreed to pay.

Judge Cuthbertson said Moyle was involved in the ‘most vile sexual activity’ against children.

‘You knew that by placing their images on the worldwide web, you would be perpetuating their shame and jeopardising their futures,’ he said.

‘You did this for your own gratification and with no consideration for the welfare of the children you abused.’

The judge also said Moyle had shown remorse, was at a low risk of reoffending and was a ‘loving father, son and husband’, the ABC reported. 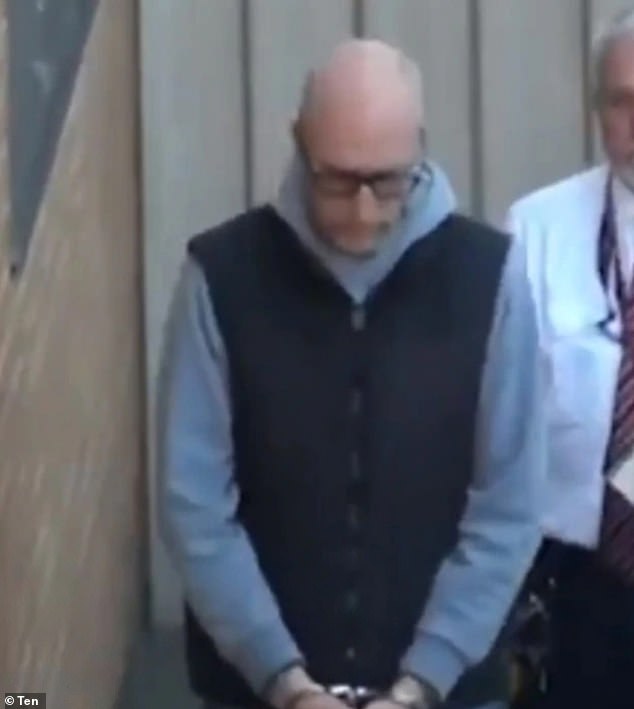 To fellow peadophiles, Moyle was praised as the man who ‘wrote the Bible on child abuse’ and had played a huge role in creating the online exploitation trade

‘The girls who were abused by this offender are now young women, however their lives have been impacted, their childhood has been stolen,’ she said.

‘I’d like to issue a warning to any individual who would seek to prey upon vulnerable children.’

‘The AFP and its partners will come for you, no matter when the abuse occurred and no matter where you are in the world – there’s nowhere for you to hide.’