George Mason student plunged from frat house while on LSD

A college sophomore died after crashing through a fifth-floor window in his fraternity house while tripping on LSD in September.

The 19-year-old’s death was ruled a suicide but they insist he would never have killed himself and blame the drug’s hallucinogenic effects.

His Sigma Alpha Epsilon frat brother Alejandro Porrata, 19, was in January charged with providing the LSD he was on when he died.

Bernhard and Jill Medina said in October police told them the drug was believed to be LSD, but got almost nothing out of the university.

‘The bottom line is we’re in the dark. We have nothing. It just doesn’t add up to us. Tristan was not alone when he died,’ Mr Medina told the Free Lance-Star at the time.

‘There were other people there… Nobody is telling me anything other than he was on drugs and he fell. That’s it.’

The family want to know if any of the three other people in the room when Tristan went through the window tried to stop him.

They also still don’t know whether he took the LSD willingly, unknowingly, or was forced or pressured into ingesting it. 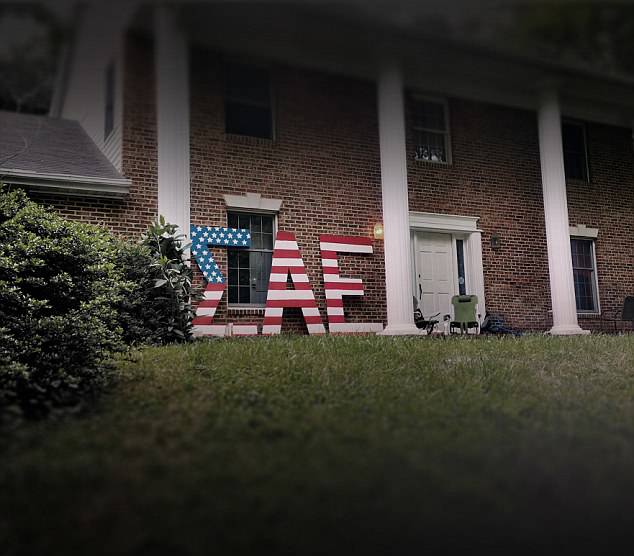 It was adorned with fan gear for the Pittsburgh Steeler’s NFL team. Tristan was a star running back in high school

Mr Medina said he had to hire a lawyer to get anything out of George Mason because the public college ‘acts like it is a private university entitled to secrecy’.

The angry father, who has another son and daughter, slammed the university for not making any of the circumstances of his middle child’s death public.

‘When you don’t put out a public statement, when you have a student to die, under difficult circumstances and then there’s an arrest made, there’s drugs involved, and you don’t let your students know, your community know, and the parents know, I think that’s irresponsible,’ he told WUSA9.

‘I think the public has a right to know, that, guess what, we got a problem here. You need to make an informed decision whether you want to send your child to George Mason.’ Sigma Alpha Epsilon frat brother Alejandro Porrata, 19, was in January charged with providing the LSD Tristan was on when he died

SAE was suspended on November 1 after the investigation discovered exam papers on Tristan’s computer, according to the Washington Post.

Detectives recovered messages between students indicating they maintained a ‘bank’ of exam papers for distribution among members.

Porrata’s lawyer said his client wasn’t responsible for Tristan’s death as he gave him the LSD three days before his death.

‘Alejandro Porrata has never been in trouble before, and he is charged with a one-time distribution of a substance to a fellow fraternity brother. Then days later, the gentleman decides to commit suicide,’ he said.

A star running back for Massaponax High School in Spotsylvania, Virginia, Tristan didn’t have a history of drugs and was meticulous about his health, his parents said. 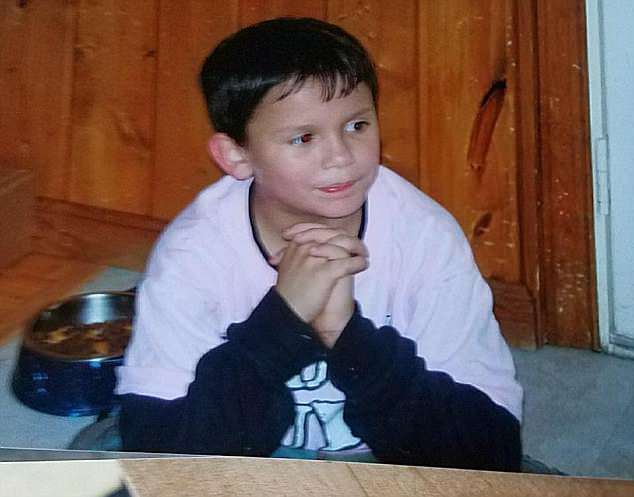 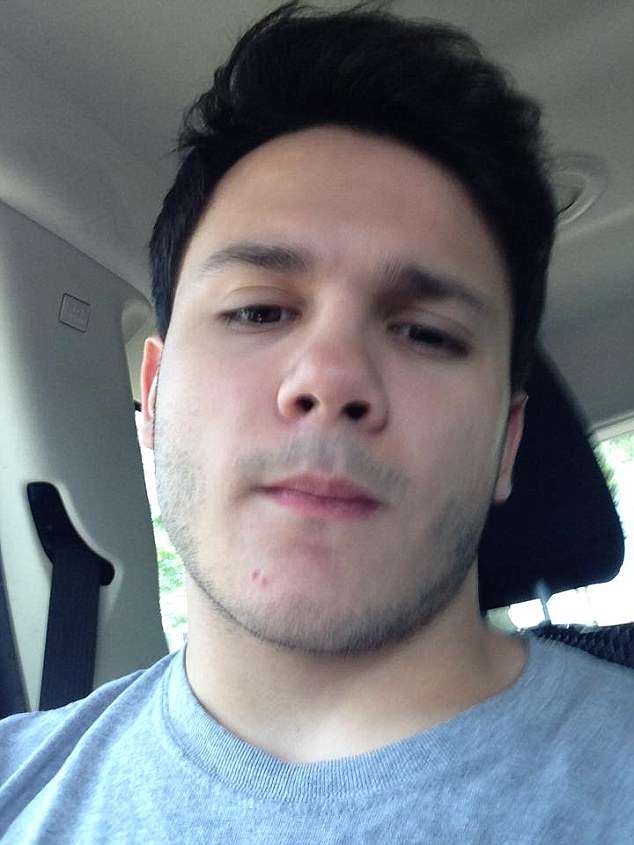 Tristan didn’t have a history of drugs and was meticulous about his health, his parents said

Mr Medina said he showed no signs of being a drug user during a week-long family trip to the Pro Football Hall of Fame days before his death.

‘My son did not have any drug cravings. He did not go crazy. He was not craving for any drugs or any fix or whatever,’ he said.

Their anger towards the university was clear in angry tributes Ms Medina posted on her Facebook next to old photos of Tristan.

‘A new dagger of grief strikes my heart and hits me so much harder than I ever thought it would,’ she wrote in December.