Fans of the late George Michael have been flocking to his Oxfordshire home as the anniversary of his death approaches, leaving huge floral tributes outside.

The walls outside are lined with posters and photos of the late Wham! singer along with white lanterns.

Other tributes to the late artist, who died on Christmas Day, include wreaths and handmade tributes referencing many of the artist’s most popular songs such as ‘You Have Been Loved’ and ‘Faith’.

Fans of the late George Michael have been flocking to his Oxfordshire home as the anniversary of his death approaches, leaving floral tributes and handmade items outside 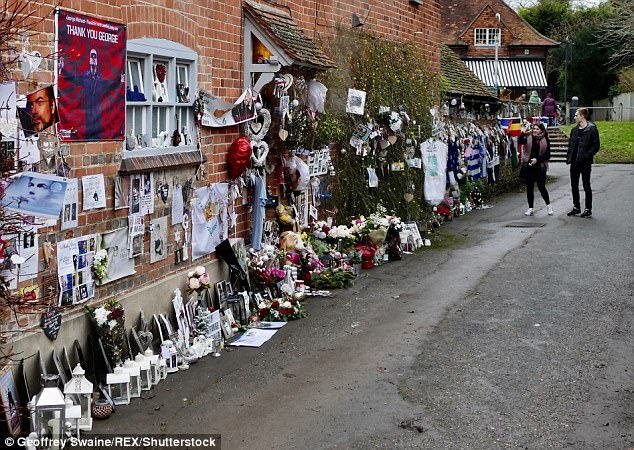 The wall, floor, windows and even the doorstep are lined with the emotional tributes to the Wham! singer

The Wham! star passed away in bed last year and was found by his boyfriend Fadi Fawaz, who said he had died ‘peacefully’.

Police were called to the home just before 2pm on Christmas Day and later said that they were treating the 53-year-old’s death as ‘unexplained but not suspicious’.

Darren Salter, Oxfordshire’s senior coroner, eventually decided there was no need for an inquest to find the cause of his death because ‘there is a confirmed natural cause of death, being dilated cardiomyopathy with myocarditis and fatty liver’.

Some fans had feared that Michael had suffered a relapse and died from an overdose.

He had suffered health scares in the past and fought drug addiction for many years before his death.

Back in 2011 the star nearly died from pneumonia while on tour, and after receiving treatment he told fans that it had been ‘touch and go’.

One fan left an angel bauble outside with the White Christmas hitmaker’s face on it (left), with others referring to him affectionately by the nickname ‘Yog’ (right) 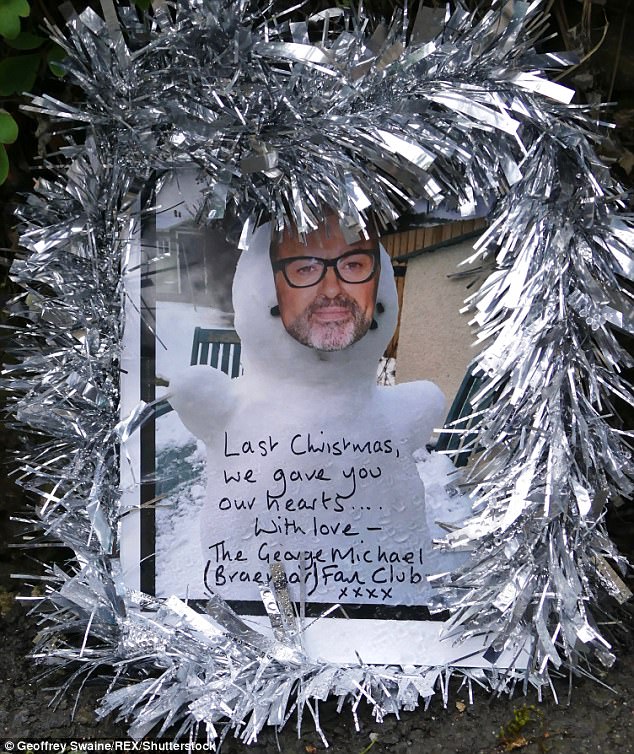 The singer, who sold more than 100 million records, died on Christmas Day last year. His song, Last Christmas, took on a new meaning after his death, as shown by this tinseled tribute 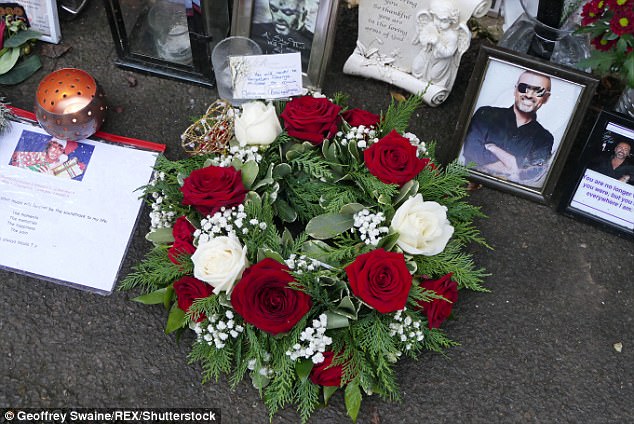 Michael was set to release a documentary film in 2017 and his 1990 album Listen Without Prejudice Vol 1 had been set to be reissued accompanied.

Grieving fans have attached personal items to the windows, trees and even the doorstep of his home in Goring-on-Thames in Oxfordshire.

Many have left poignant tributes, with one red love-heart bauble simply reading ‘Yog’.

Yog was Michael’s nickname among close friends and family, and it originating from his Greek name Giorgos Kyriakos Panayiotou.

His creative fans have taken to various mediums to express their grief, with one knitting a red stocking bunting which reads ‘faith’.

Others have written emotional notes in tribute, with one reading: ‘Last Christmas, we gave you our hearts… with love, the George Michael fan club.’ 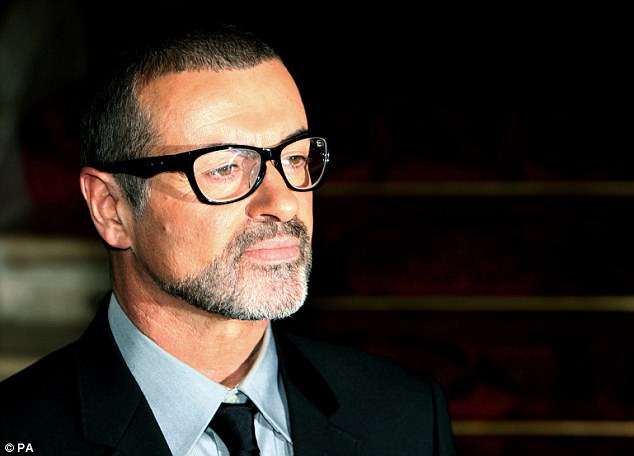 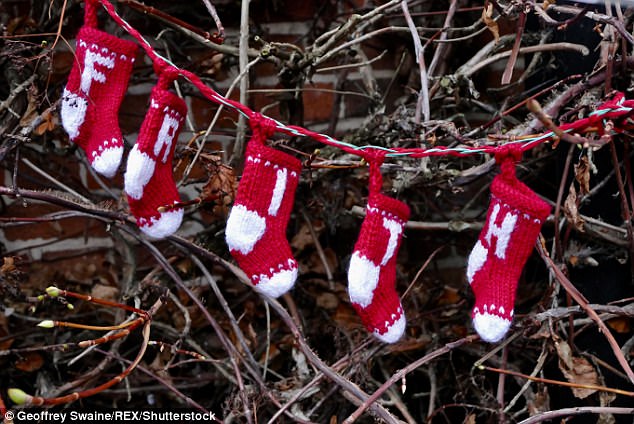 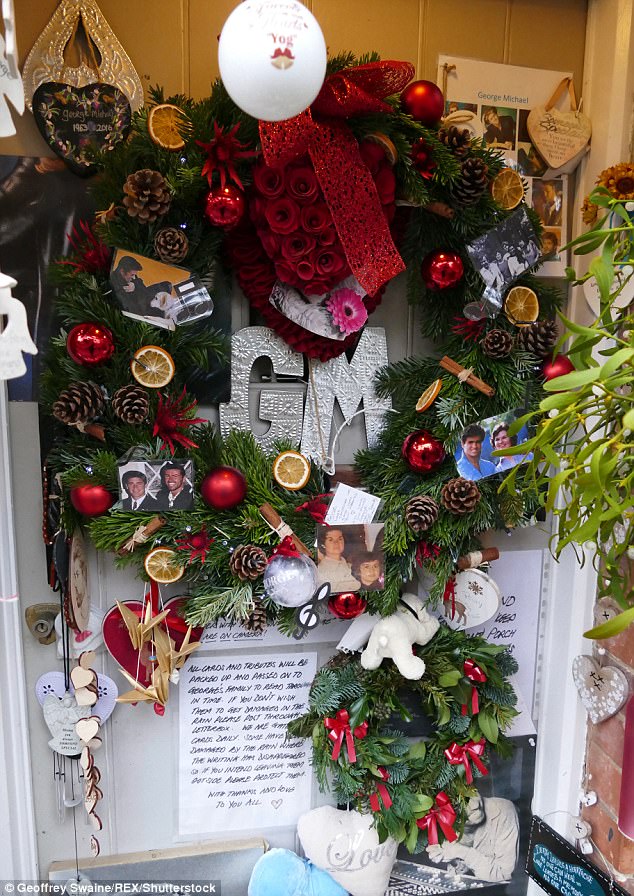 A note on the front door says that the house are receiving letters ‘daily’, and that eventually the tributes will be collected and passed on to his family 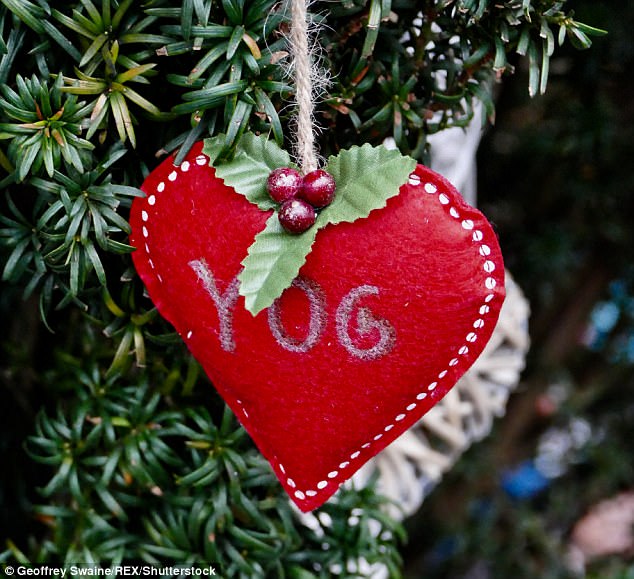 In the year since his death, a number of people have come forward to reveal their stories of his secret generosity

A note attached to the door reads: ‘All cards and tributes will be packed up and passed on to Michael’s family to read through in time… with thanks and love to you all.’

The note also reveals that the house is receiving letters addressed to Michael and his family ‘daily’.

In the year since his death, a number of people have come forward to reveal their stories of his secret generosity.

TV host Richard Osman previously tweeted: ‘A woman on Deal Or No Deal told us she needed £15k for IVF treatment. George Michael secretly phoned the next day and gave her the £15k.’ 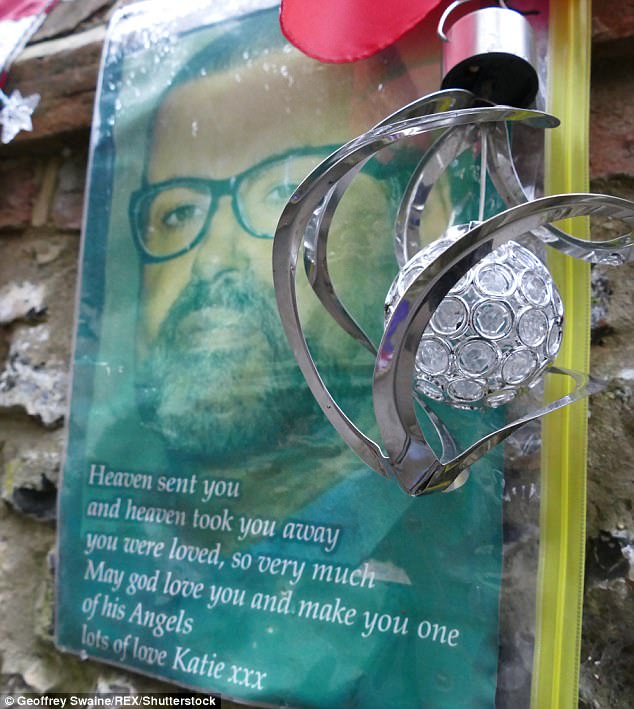 TV host Richard Osman previously tweeted: ‘A woman on Deal Or No Deal told us she needed £15k for IVF treatment. George Michael secretly phoned the next day and gave her the £15k’ 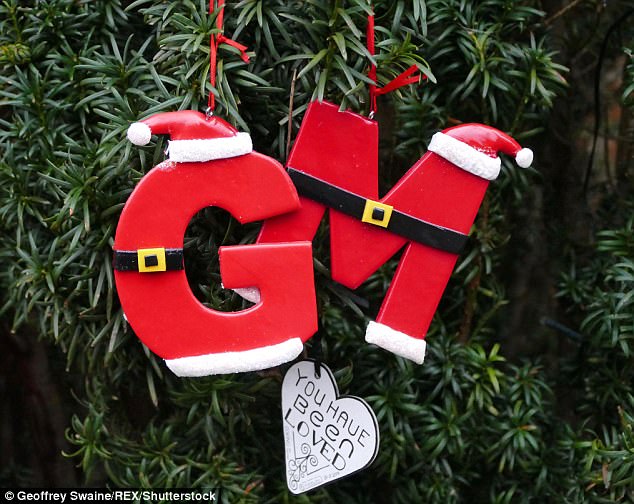 Others have used his initials GM, or referenced his single ‘You Have Been Loved’ 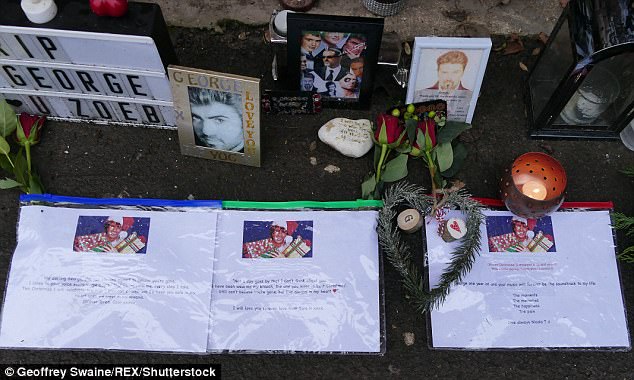 The home of the singer has become a shrine for the entire year, with fans flying in from countries as far away as Australia to pay their respects