By Harriet Alexander and Ralph Ortega For Dailymail.com

A Lebanese American businessman who was a key witness in special counsel Robert Mueller’s report has been sentenced to 10 years in prison for child sex trafficking and child pornography.

George Nader, 61, was charged last June and pleaded guilty in January to bringing a 14-year-old boy from the Czech Republic to the US 20 years ago to engage in sexual activity. He also acknowledged possessing child pornography.

‘I take great pride in my professional life and the work I have done for the United States,’ he told a federal court in Alexandria, Virginia, on Friday.

‘I am sincerely, deeply sorry for the pain and suffering I have caused.’

Nader also agreed to pay $150,000 in restitution to the victim, and will be on supervised relief for the rest of his life.

He still faces charges in D.C. federal court of helping to funnel illegal foreign contributions to both the Hillary Clinton campaign and Donald Trump’s inaugural fund.

‘He’s lived most of his life in international privilege and to much acclaim,’ said Assistant U.S. Attorney Jay Prabhu at sentencing.

‘He’s worked with presidents and princes, the powerful and the infamous.

‘But that wasn’t Mr Nader’s only passion.

‘Mr Nader has had a sexual interest in minors for over 35 years.’

Nader’s name appears more than 100 times in the Mueller report, which details his  efforts to serve as liaison between a Russian banker with ties to Russian President Vladimir Putin and members of President Donald Trump’s transition team. 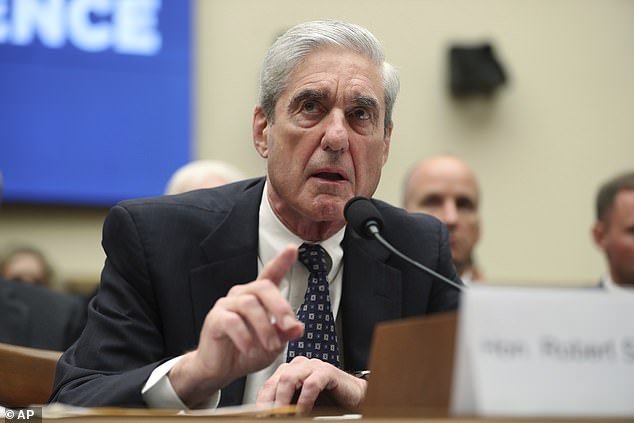 Nader’s name appears more than 100 times in the Mueller report, which details his efforts to serve as liaison between a Russian banker with ties to Russian President Vladimir Putin and members of Donald Trump’s transition team. Pictured is special counsel Robert Mueller

The Mueller report became the basis for the impeachment of Trump, who later was acquitted by the Republican-controlled Senate.

Nader is also under indictment in Washington along with seven others on charges of conspiring to conceal the source of more than $3.5 million in political donations to Hillary Clinton.

In the 1990s, Nader served as a broker to facilitate the release of American hostages held in the Middle East.

Nader also served as an adviser to the United Arab Emirates, a close Saudi ally, and in 2017 wired $2.5 million to a top Trump fundraiser, Elliott Broidy, through a company in Canada, The Associated Press reported in 2018.

The goal was to persuade the US to take a hard line against Qatar, a longtime American ally but now an adversary of the UAE.

Nader was previously convicted in the Czech Republic of 10 cases of sexually abusing minors and sentenced to a one-year prison term in 2003. 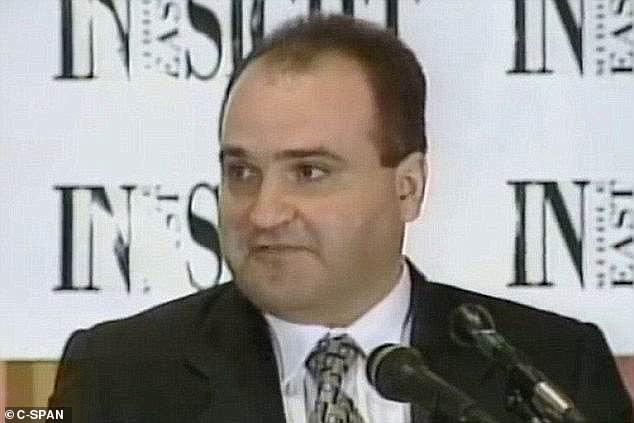 In the 1990s, Nader also served as a broker to facilitate the release of American hostages held in the Middle East

Nader also pleaded guilty to a charge of transporting child pornography images in Virginia in 1991.

The current investigation of Nader began in 2018, when images depicting child pornography and bestiality were found on his phone after it was confiscated under a search warrant connected to the Mueller probe.

The images found in Nader’s phones at Dulles International Airport ended up not being the basis for January’s child-pornography conviction.

Instead, prosecutors relied on images and videos he received via email in 2012 that in some cases involved sadistic depictions of infants or toddlers, according to disclosures at an earlier hearing.