George Osborne missed out on a position as chairman of the Royal Opera House after a nominations committee selected the co-founder of Carphone Warehouse instead.

The former Chancellor of the Exchequer was beaten by the UK-based entrepreneur David Ross, 55, after being shortlisted for the top position earlier this year.

The appointment comes just months after the iconic arts venue in London’s Covent Garden announced it was facing increasing ‘financial pressure’ amid the coronavirus pandemic.

Insiders told The Sunday Times that Mr Ross, who will be succeeding the late Ian Taylor, was chosen for the prestigious role due to his track record in bringing in money from high-net worth individuals. 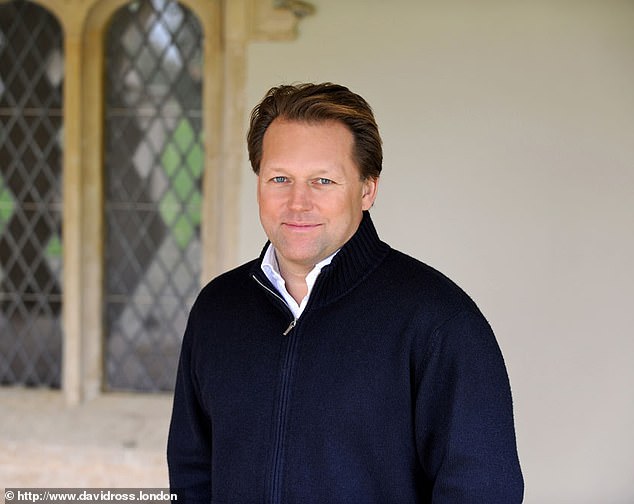 Entrepreneur David Ross, 55, is best known for co-founding The Carphone Warehouse Group in 1991

The businessman and arts philanthropist, who is best known for co-founding The Carphone Warehouse Group in 1991, is also the Chair of the Board at the National Portrait Gallery.

He began his career working for his grandfather Carl Ross’ frozen fish company, Ross Group, before making his way into the world of mobile phones.

In 2006, he founded the David Ross Foundation and was able to establish educational initiatives and support organisations to help young people.

Mr Ross, who was educated in Uppingham School before graduating with a degree in Law from the University of Nottingham, also founded the award-winning theatre Nevill Holt Opera in Leicestershire in 2013.

Designed by Stirling Prize winning architects Witherford Watson Mann, the theatre was eventually opened to the public in 2018.

Meanwhile Mr Osborne, who served as Chancellor of the Exchequer from 2010 until 2016, began his career working for the family firm Osborne & Little before making his way into politics.

He then worked as Political Secretary to the Leader of the Opposition before being elected to Parliament as the youngest Conservative MP in the House of Commons.

In 2005, at the age of 33, he was appointed to the position of Shadow Chancellor before going on to successfully run David Cameron’s campaign to become Leader of the Conservative Party.

According to The Sunday Times, former civil servant Lady Suzanne Heywood was also in the running for the position. 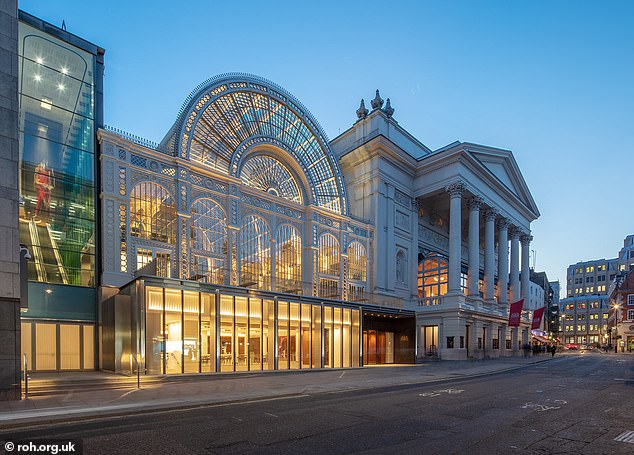 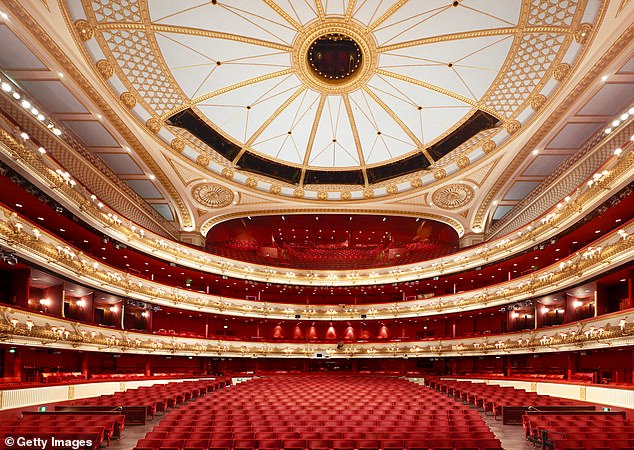 The iconic arts venue is renowned both for its outstanding performances of traditional opera. Pictured: A view from the stage at the Royal Opera House

Speaking about his new appointment in July, Mr Ross said: ‘I am passionate about creating opportunities for all and ensuring that everyone can enjoy our great cultural institutions, artists and musicians.

‘So I am honoured to be appointed to lead the Board of Trustees at an institution as well regarded as the Royal Opera House and will continue the fantastic success achieved by my predecessors.

‘In particular I want to focus on building upon the great education programmes that have been put in place to bring the arts to children across the country.

‘The Open Up project has provided a wonderful foundation for the future and I look forward to continuing this tremendous work and maintaining the Royal Opera House’s position at the heart of British cultural life, as we steer a course through the undoubted challenges ahead.’

Alex Beard Chief Executive of the Royal Opera House said: ‘David Ross is a passionate supporter of the arts and has overseen significant change in his time as Chair at the National Portrait Gallery.

‘David’s commitment to education stands out in particular, and we welcome his insight at time of change for ROH and indeed the whole of society.

‘I very much look forward to working closely with David as he leads the Board at this pivotal moment and am very grateful to Suzanne for all her help, support and leadership, particularly during the last very challenging months.’

Earlier this year, the Royal Opera House announced it had made an entire roster of casual staff redundant in an effort to stay afloat amid the coronavirus pandemic.

Chief executive Alex Beard told The Stage: ‘The Royal Opera House has begun the process of restructuring its staff teams.

‘The scale of financial pressure on the ROH, alongside the continued restrictions on our ability to perform to live audiences, has resulted in this very difficult and sad decision.’