Georgia cop’s battle to get into car caught on camera

This overweight police officer might want to reconsider where he dines again after he was filmed struggling to get into his car after another customer parked too close to his vehicle.

The hilarious footage was filmed at a Chic-a-fil restaurant in Atlanta, Georgia, and narrated by a customer inside the US food chain.

As the policeman lifts up his belt in a bid to fit between the police car and another vehicle, the man narrating the footage says ‘you’ll figure it out baby, write his a*** a ticket big man’. 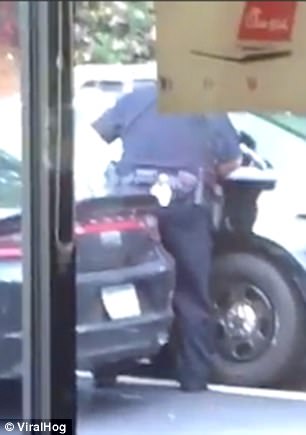 One customer parked his car too close to the police officer’s vehicle at a  Chic-a-fil restaurant in Atlanta, Georgia

At first the officer tries to slide his way into the gap with his back against his car, but after taking a tactical time out, the male officer slides back and tries to enter again, this time facing his vehicle.

The unnamed narrator gives his own pep talk to the officer in the footage, telling him ‘you can do it big man’ and ‘you gotta do it big man’ throughout the video.

The policeman manages to wriggle his way down to the drivers door before tucks himself between the vehicles so he can reach into his pockets to fumble around for his keys.

People from inside the restaurant can be heard laughing near the cameraman, who repeats the phrase ‘you can do it big man’ and ‘try it again big man’. 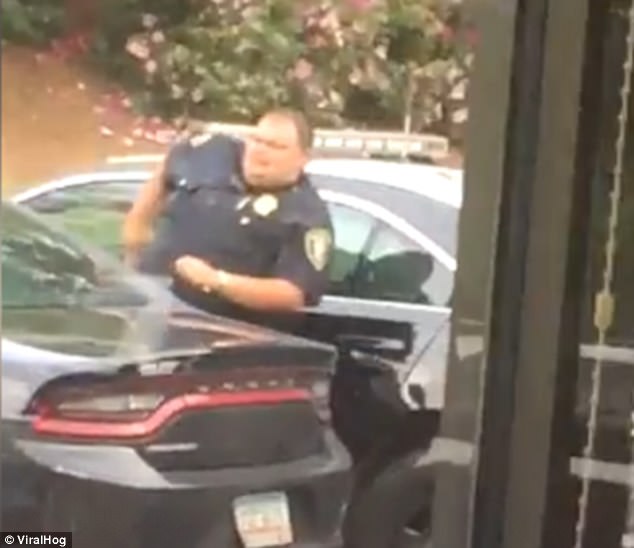 The policeman then has to admit defeat on his second attempt, pulling himself out between the gap looking blustered following his repeated failed attempts.

He then drags himself to the passenger side of his car, where he manages barely open the door.

With a painstaking look on his face, the driver can be seen leaning right back as his tries to fit his legs into the car and slipping down into the vehicle before the sound of laughter is heard and the video pans away from the officer. 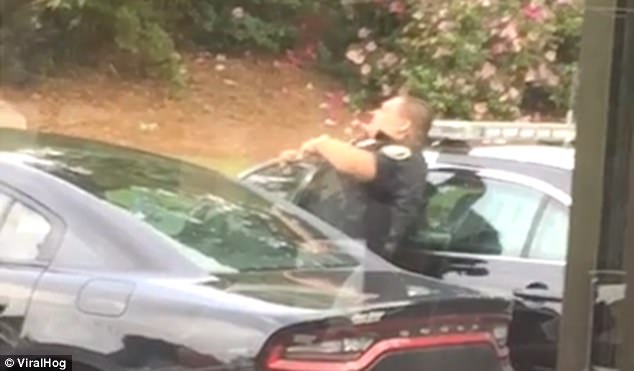