A female doctor has been charged after allegedly threatening to slit her employees’ throats at her Georgia medical practice.

Authorities were called to Dr Marian Antoinette Patterson’s practice in Valdosta in February following reports of a disturbance.

Patterson, who turned herself in to Lowdnes County Jail on Thursday, allegedly yelled expletives at her employees and said she would ‘slit their throats’. 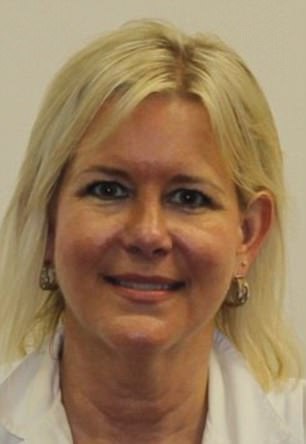 Dr Marian Antoinette Patterson (left in her mugshot) is charged with making terroristic threats after she allegedly threatened to slit her employees throats at her practice in Valdosta, Georgia

She is accused of telling one employee she would cut her from her ‘throat to private parts’.

Patterson also allegedly threatened to cut another employee’s head off and roll it down a hallway before saying she would called the person’s children so they could see it.

The doctor is accused of throwing multiple items in the office, including prescription bottles and a reflex hammer. She allegedly tried to hurl a large potted plant.

Police also said she grabbed her diploma off the wall and stomped on it and also threw water on two employees. 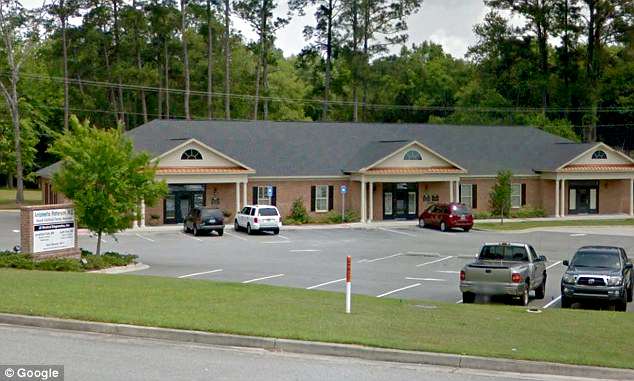 One worker told police Patterson grabbed their arm and refused to let them leave.

The Georgia Composite Medical Board suspended Patterson’s license on March 5.

Warrants were issued for her arrest following a police investigation and she has been released from prison on bond.

She has been charged with three counts of terroristic threats and one count of false imprisonment.