She’s the sprightly reality star who found love with Lee Elliot on The Bachelorette.

And Georgia Love may have been getting some inspiration for the future of their relationship as she attended an engagement party on Sunday.

The bubbly brunette took to Instagram to share a number of uploads from the festivities, before publicly declaring that she was ‘obsessed’ with her beau.

Getting some inspiration? Georgia Love and Lee Elliot may have been gathering some ideas as they attended an engagement party in Sydney on Sunday

The lavish bash was held at Watson’s Bay Boutique Hotel in Sydney’s swanky eastern suburbs, with Georgia posing outside the venue for a photo she later shared to Instagram.

In the snap, the aspiring anchorwoman faced away from the camera, showing off the tie-strings on the back of her dress.

She captioned the photo with the claim that Lee ‘told me I looked like a sexy yellow rack of lamb’. 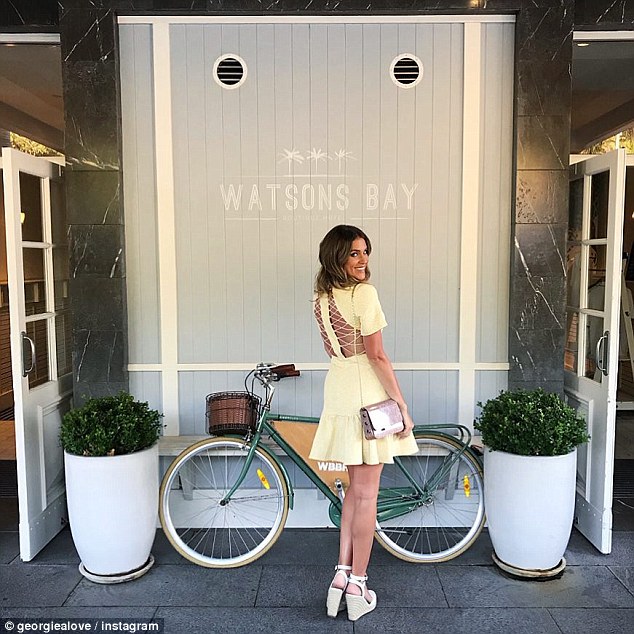 Happy snap: Georgia posed outside the engagement party’s venue for a photo she later shared to Instagram

Throughout the engagement party, Georgia had her phone close at hand, keeping her fans enthralled with a steady stream of uploads to her Instagram Stories.

With one short clip, the presenter proved she is just as talented behind the camera as she is in front of it, scanning her phone around the room so as to take in the scenic surrounds.

‘I mean it’s an OK place for an engagement party I guess…’ the star humorously captioned the brief video. 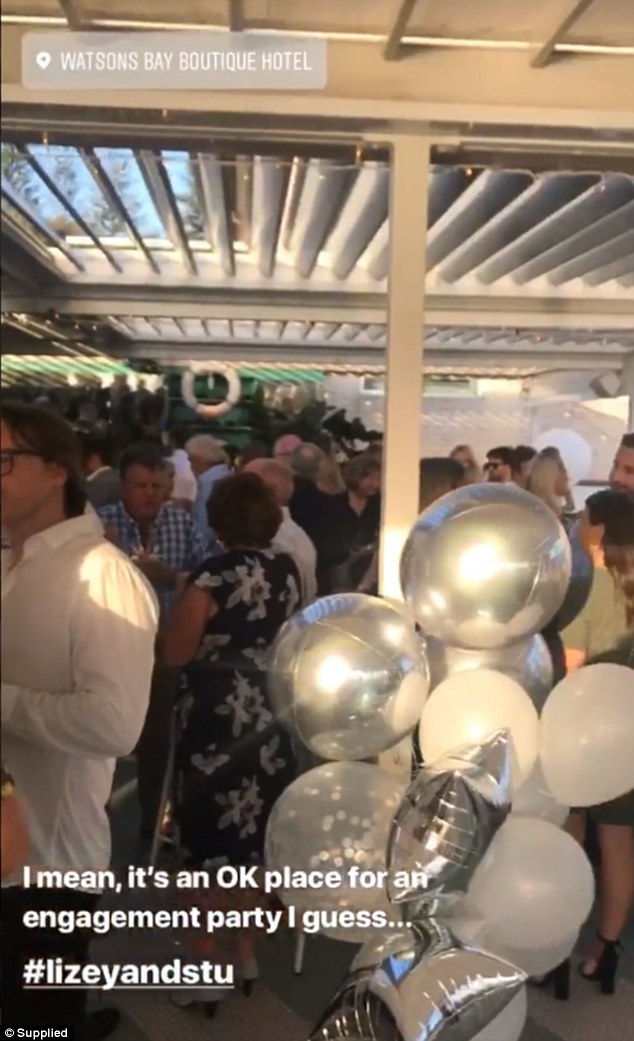 Thrilling her fans: With one short clip, the presenter proved she was just as talented behind the camera as she is in front of it, scanning her phone around the room so as to take in the scenic surrounds

It appears her pal’s impending nuptials had Georgia in a loved-up state of mind even as she left Sydney to head back to her home city of Melbourne.

The Studio 10 fill-in panelist was seen at the domestic airport wearing a t-shirt by the brand Lee, a coincidence that wasn’t lost on her beau who shares the same name.

Sharing a side-splitting Instagram Story, Georgia drew a speech bubble coming from Lee’s mouth accompanied by the words: ‘Why you so obsessed with me?’

It appears if Georgia’s job in journalism doesn’t work out, she may have a career in comedy, as she added a subsequent self-deprecating post which read: ‘But actually I am obsessed’. 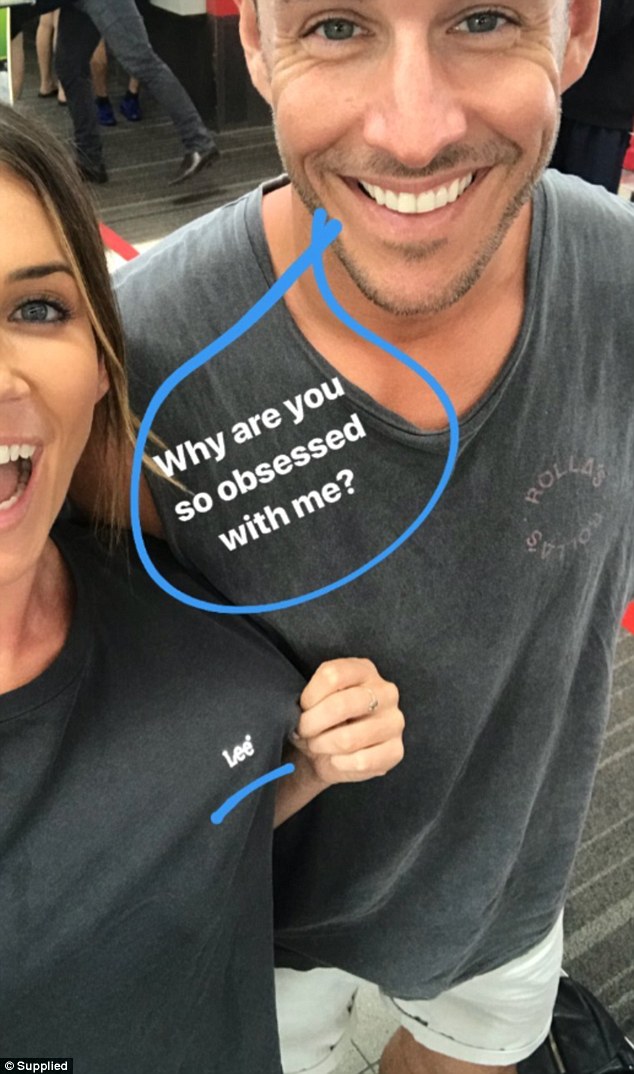 What a coincidence! Hilarious Georgia was seen wearing a t-shirt by a brand that shares the same name as her boyfriend