Keith Tharpe, 59, was sentenced to death back in 1991 over the brutal murder of his sister-in-law Jacquelin Freeman

A Georgia man who killed his sister-in-law 27 years ago is set to be executed Tuesday after having a hearty last meal.

Keith Leroy Tharpe, known to friends and family as Bo, is scheduled to die at 7pm at the state prison in Jackson for the 1990 slaying of Jacquelyn Freeman.

His scheduled death comes 27 years after he killed Freeman in Jones County on the morning of September 25, 1990.

Tharpe’s wife had left him a month earlier due to their violent marriage. He had told her over the phone that if she wanted to ‘play dirty’, he would show her how.

He stopped his wife and Freeman, who was married to Tharpe’s wife’s brother, when they were driving to work.

Tharpe pulled Freeman from the car, threw her in a ditch and shot her three times. 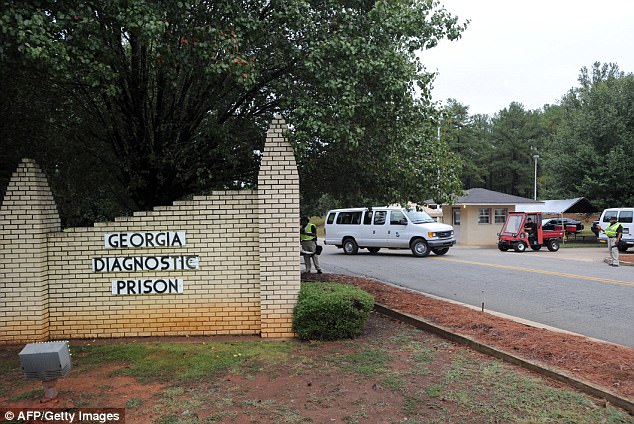 He then kidnapped his wife and was accused of sexually assaulting her by the side of the road.

Tharpe was never convicted of any rape charges.

His wife managed to call police when he drove her to a bank to force her to withdraw money.

There have been 69 men and one woman executed in Georgia since the US Supreme Court reinstated the death penalty in 1976.

If executed, Tharpe will be the 48th inmate put to death by lethal injection. There are currently 56 men on death row in Georgia.

Tharpe’s lawyers have asked the courts to stop the execution, saying his death sentence is tainted by a juror’s racial bias.

Lawyers for the state have argued there’s no evidence race affected jury deliberations.

The 59-year-old Tharpe would be the second inmate executed in Georgia this year. The state executed nine inmates last year. 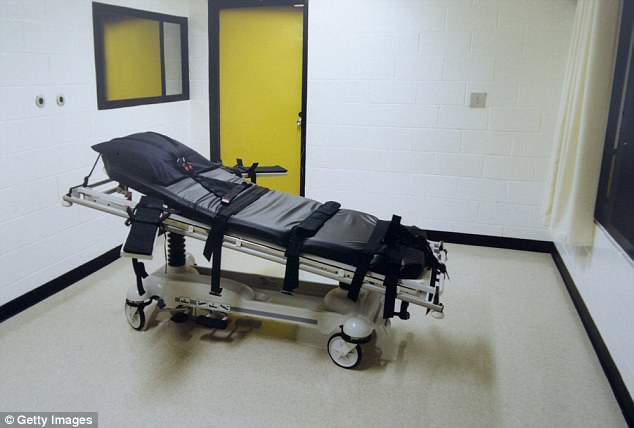 Once executed, Tharpe will be the 48th inmate put to death by lethal injection in Georgia. Above is the execution chamber at the Georgia Diagnostic Prison in Jackson