A seven-year-old started fitting and had to be rushed to hospital after becoming infected with life-threatening Aussie flu that was dismissed as tonsillitis.

Georgia Puckering, 25, took her son, Harlee Fox, to the doctors last Friday morning where he was prescribed antibiotics after acting ‘unusually still’.

Miss Puckering said: ‘He is always out playing football or bouncing around the garden, so I was getting really worried that he didn’t want to move.’

Just two hours after leaving the doctors, Harlee starting convulsing, with his mother-of-three Miss Puckering, from Hessle, Yorkshire, saying: ‘Harlee said he felt sick so he stood up, but he started hallucinating saying the couch kept moving away from him. Then he just collapsed and started fitting.’

After being treated for dehydration and given appropriate medication in hospital, Harlee is at home but still suffering from a high temperature.

Miss Puckering claims she is lodging a formal complaint with NHS England regarding Harlee’s incorrect diagnosis and prescription. She said: ‘We were told by the paramedics he should never have been allowed to leave the doctors in the state he was in.’

As many as 9.75 million people – 15 per cent of the population – are believed to have been hit by Aussie flu symptoms in the UK over the past few weeks.

During this time at least 4,500 people were in hospital with the condition, with around 149 deaths across the UK. 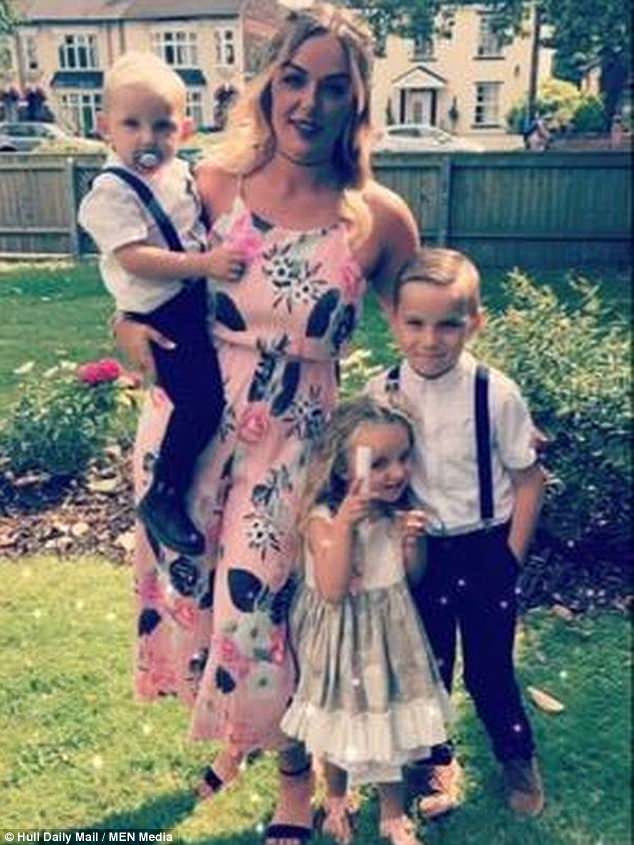 ‘He started hallucinating the couch kept moving away from him’

Describing Harlee’s convulsions, Miss Puckering said: ‘It was really horrible. My other children were watching as well and they didn’t know what was happening.

‘Harlee said he felt sick so he stood up, but he started hallucinating saying the couch kept moving away from him. Then he just collapsed and started fitting.

‘I rang 111 and they sent an ambulance straight away.’

Harlee spent the night in Hull Royal Infirmary where his condition was closely watched.

After being given the correct medication and treatment for dehydration, he was sent home the next day.

Miss Puckering said: ‘When they took his temperature at hospital it had soared to 40C but they managed to bring it down to normal.

‘He still has a high temperature, but Harlee being Harlee, he just wants to get straight back to school and see all of his friends.’

‘Within two hours of getting home he had the fit’

Harlee initially suffered headache and nausea, and was kept off school for several days.

Miss Puckering said: ‘He is always out playing football or bouncing around the garden, so I was getting really worried that he didn’t want to move.

‘When I got to the doctors it wasn’t our usual one, but she took a urine sample and said his chest was clear, but she would treat him for a chest infection.

‘Within two hours of getting home he had the fit and was rushed Hull Royal, where they found the antibiotics prescribed were actually for tonsillitis and he had Aussie Flu.

‘We were told by the paramedics he should never have been allowed to leave the doctors in the state he was in.’

Flu can be a serious illness. If you become very ill with it, it can cause complications such as pneumonia, kidney failure and inflammation of the heart, brain or muscle.

People at most risk of serious illness or death if they get flu are offered the vaccine on the NHS. Ideally you should have this before the end of December, when flu peaks (it takes around two weeks after the jab for antibodies to develop completely).

At-risk groups include anyone aged 65 and over, people living in long-stay residential care homes, carers and pregnant women.

All children aged two to 11 (on August 31, 2017) are also offered the vaccine as a nasal spray. The UK introduced the child vaccination programme in 2013. Last year, the vaccine had 66 per cent effectiveness. Australia does not have a similar programme.