A Georgia elementary school is apologizing after students were pictured in the 2019-2020 yearbook pulling their eyes back in a racist gesture.

The photo was included in Dacula, Georgia’s Dyer Elementary School yearbook, which was sent to students’ families last week.

In what appears to be a class photo, students were shown pulling the corners of their eyes back in a gesture that’s long-been used to mock the appearance of Asians.

School Principal Michael DiFilippo sent a letter of apology to the school’s students and families on Thursday, noting that the kids had been told to ‘make a silly face’ for the photo, according to the Atlanta Constitution-Journal.

‘We see this as a teachable moment for our students, helping them to understand that their actions can hurt others even if they did not intend to offend,’ DiFilippo wrote in the letter.

‘We apologize for the actions of these students and that this photo appeared in the yearbook. As a diverse school community, our goal is to cultivate respect for all cultures and to provide a welcoming environment for all,’ he added.

Dyer Elementary is in Gwinnett County, which is said to be the most racially diverse county in all of Georgia, with a 12.5 per cent Asian population, according to the US Census Bureau’s 2019 statistics. 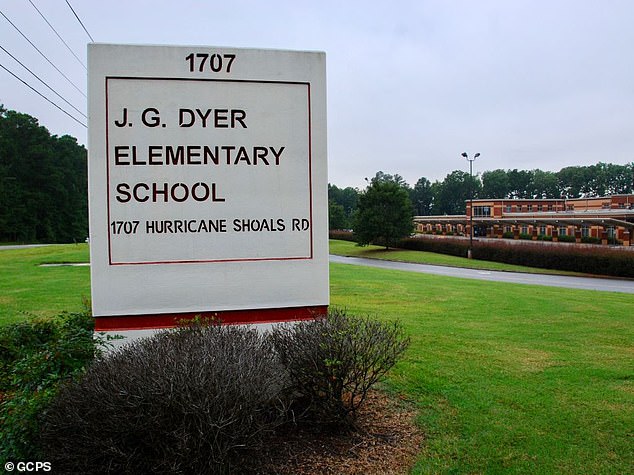 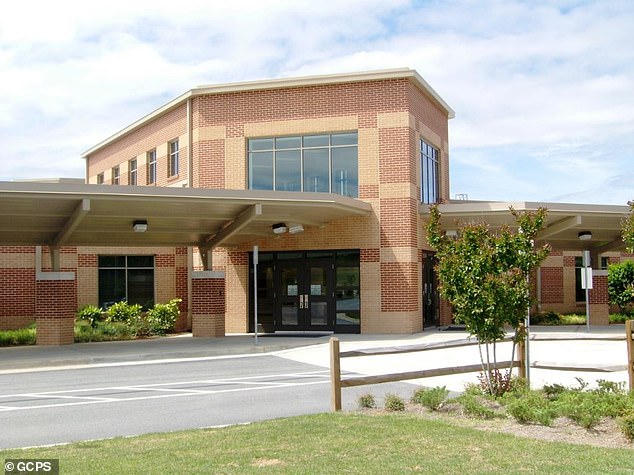 The National Center for Education Statistics says that Gwinnett County Public Schools’ student body – which Dyer Elementary falls under – has a 12 per cent Asian population, the newspaper reported.

‘As Asian Americans, we are viewed as a perpetual foreigner, and our eyes are what people distinguish as identifying us as Asian or foreign,’ said school district parent Stephanie Cho, who is also executive director of Asian Americans Advancing Justice Atlanta.

She noted that the photo was ‘dehumanizing’ to see for Asians and that ‘[The gesture] is incredibly offensive. It reduces a person to a gesture instead of a full human being.’

Dyer Elementary parent told 11 Alive that ‘As a parent, you don’t want your kids to be exposed to these kinds of gestures or racial underlinings.’

‘There is no better time than now to educate our children on the beauty of our pluralistic diversity and to guard against actions and beliefs that ostracize or racially exclude others,’ Gwinnett County Board of Education member Everton Blair told the Atlanta Journal-Constitution.

Dyer Elementary’s DiFilippo said that the school will be reviewing its yearbook production procedures to ensure that inappropriate photos don’t make it to print in the future.