A former Georgia State Patrol officer has been charged in the murder of a 60-year-old driver who was fatally gunned down during a traffic stop over a busted tail light last Friday.

The Georgia Bureau of Investigation arrested Jacob G. Thompson, 27, on charges of felony murder and aggravated assault in connection to the incident in Screven County.

Thompson has been booked into the Screven County Jail and was fired from the Department of Public Safety, Georgia State Patrol, according to a release from the GBI.

Jacob G. Thompson, 27, was charged with felony murder and aggravated assault in connection to the incident in Screven County 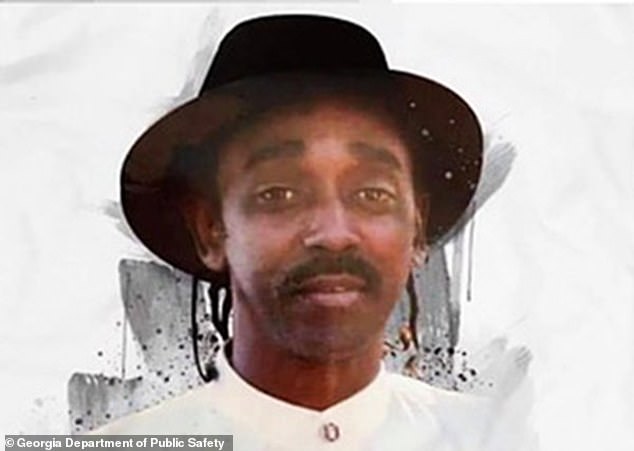 On August 7, Thompson fatally shot 60-year-old Julian Lewis after trying to stop him for a broken tail light on Stoney Pond Road at around 9.20pm

On August 7, Thompson attempted to stop a Nissan Sentra that Julian Lewis had been driving in on Stoney Pond Road at around 9.20pm.

Lewis refused to stop and the two engaged in a brief chase down several county roads.

Reports indicate that Thompson used a Precision Intervention Technique (PIT) and caused the Sentra to stop in a ditch.

He fired one round, hitting the husband. Lewis was pronounced dead at the scene. 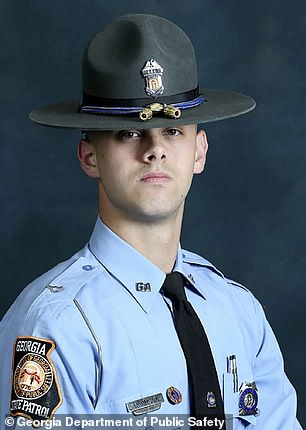 Thompson has been booked into the Screven County Jail and was fired from the Department of Public Safety, Georgia State Patrol

In an incident obtained by the Atlanta Journal-Constitution, Thompson wrote that he shot Lewis in the forehead because he thought that the man was going to run. him over.

‘At some point, I heard the engine on the violator’s vehicle revving at a high rate of speed,’ he stated.

‘I saw him wrenching the steering wheel in an aggressive back and forth manner towards me and my patrol vehicle. It appeared to me that the violator was trying to use his vehicle to injure me. Being in fear for my life and safety, I discharged my weapon once.’

The Lewis family attorney Francys Johnson said he learned Friday that the U.S. Department of Justice had approved his request for the civil rights investigation into the incident.

‘We got lots of messages from people in the community that the habit of ex-trooper Thompson was to racially profile and harass Black and brown people on the highway,’ Johnson, former head of the Georgia NAACP, said. ‘This was not shocking to them that this happened.’