Georgia teens are arrested for terror plot against school

Two students have been accused of planning to blow up their high school with a homemade bomb.

Alfred Dupree and Victoria McCurley, both 17, have been charged as adults with attempted murder and making terror threats after police received a tip off they were planning to bomb Etowah High School in Cherokee County, Georgia.

When cops searched Dupree’s home, they found a journal which revealed his plot with McCurley, and an alleged hit list of targets.

‘Most of the information we received was from the personal diary, what was written down,’ Cherokee County sheriff’s spokeswoman Sgt. Marianne Kelley told the Atlanta Journal-Constitution. 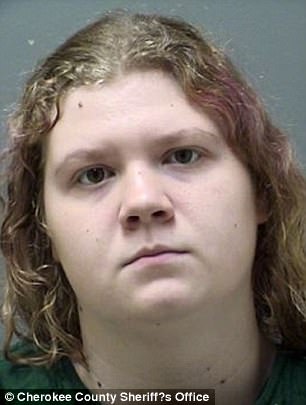 Police also executed a search warrant at McCurley’s home where they discovered the homemade incendiary device and an undetermined powder substance. The substance has been sent to the lab for testing.

Firearms were also found at Dupree’s home but are not believed to be linked to the plot.

Classmates said the pair, who were not romantically involved, didn’t have many friends.

But fellow Etowah student, Sam Jackson told Channel 2 Action News, he was shocked by the accusations. 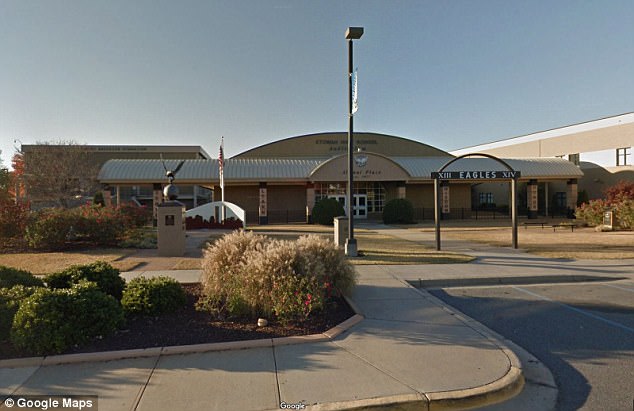 Police received a tip off they were planning to bomb Etowah High School in Cherokee County, Georgia (pictured)

‘I just couldn’t believe it,’ he said. ‘Because I knew both of those kids. They both rode my bus. They released the names today, everyone found out today, and everyone was just shocked.’

The sheriff’s department said they believe the teenager’s mental health issues may have been a factor.

Woodstock police were first alerted to the plot after an anonymous tip off warned them that Dupree was making threats against other students. Police have not released the names of the specific students who were being targeted.

Parents have been left terrified by the news of the foiled plot.

Paige Post told the Journal she was just thankful for whoever had tipped off the cops.

‘I can’t begin to imagine what kind of destruction could have been done,’ she said.

Andy Waldron, a parent of a senior at Etowah, added that students were scared the pair had been planning to hit the homecoming parade. 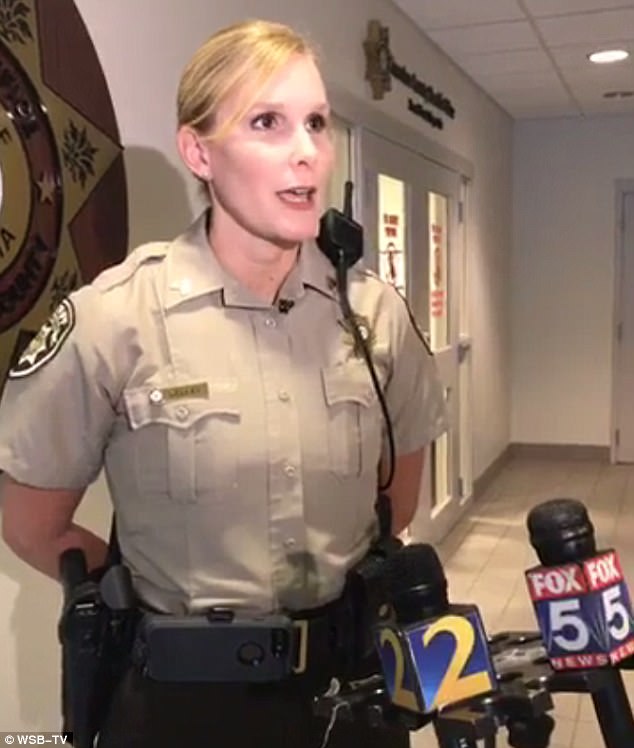 Cherokee County schools spokeswoman Barbara Jacoby assured parents in a statement that the school ‘will not tolerate violence — or threats of violence — at any of our schools.’

‘This stand will be reflected in the severe administrative disciplinary actions we will take against these students,’ she continued, adding that the district ‘deeply appreciate the community member who reported information to the Woodstock Police Department tip line that ultimately led to these arrests by the Cherokee Sheriff’s Office.’

Both suspects have been charged as adults three counts of criminal attempt to commit murder, and four counts of terroristic threats and acts. They also face charges of attempted arson, possession and/or transportation of an explosive with intent to kill, injure or destroy any public building.

Both are expected to make their first court appearances at 12pm today.

This is not the first incident of violence in the school district. Just last year, a student was stabbed following a fight at the nearby Woodstock High School.