Women’s college basketball star, 21, is arrested for ‘shooting and killing a promising young businessman, 21, in his Atlanta apartment’ in a ‘robbery’ with four other men

A women’s college basketball star has been charged with the murder of a promising young businessman who moved to Atlanta with hopes of one day starting his own business.

Kamiyah Street, 21, now joins four others charged with shooting to death Nashiem Hubbard-Etienne, also 21, who was found around 1.44am at the Heritage Station apartments in Atlanta on July 16.

The sportswoman of Kennesaw State in Georgia is now charged alongside Cortez Banks, Johnerton Gilstrap, and Tobias Wells – who are all in custody – plus another suspect, Dontavious Bradley, who is not in custody.

A friend who was with the victim at the time of the fatal incident said three men started shooting at them as they emerged from car. 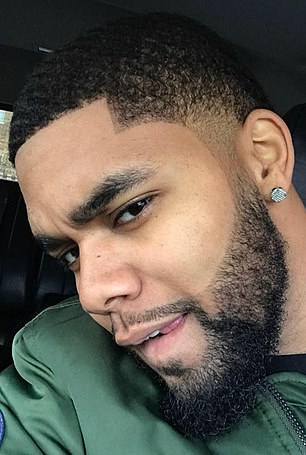 Kamiyah Street (left), 21, was arrested Thursday and charged with murder in the shooting death of Nashiem Hubbard-Etienne (right), also 21

It’s believed they were wrongly targeted.

She was named Player of the Week by the ASUN Conference for the fourth time in her college basketball career just days before her arrest but since then Street’s biography has been removed from the school’s website.

Assistant Athletic Director David Beall said in a statement: ‘We were made aware Thursday evening that Kamiyah Street of the KSU women’s basketball team was arrested and is being held, pending charges.

‘The individual has been suspended indefinitely from all women’s basketball team and athletic activities. Neither the university nor the athletic department have any additional information at this time.’

It doesn’t appear that Street, born and raised in Atlanta, has had another other incidents on her record.

It’s currently unclear what role Street may have played in the murder. 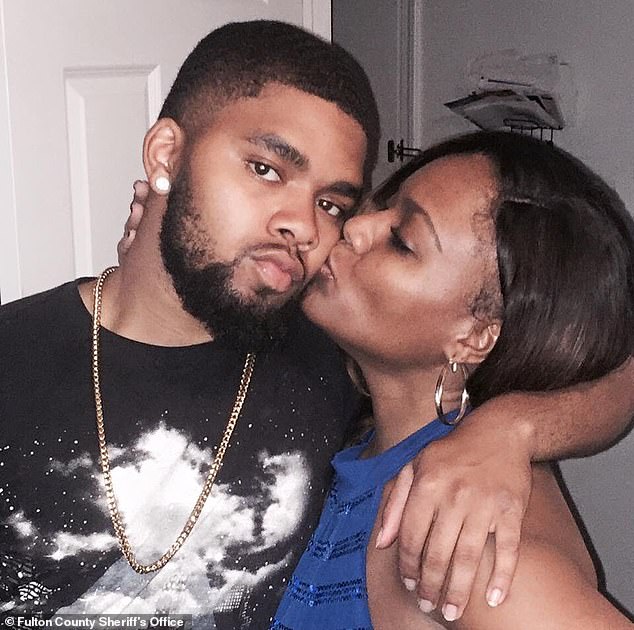 Nashiem Hubbard-Etienne (left), 21, was shot dead July 16 and his mother Maiyannie Hubbard-Armster (right) has said he was wrongly targeted in the fatal shooting

But the victim’s mother, Maiyannie Hubbard-Armster, has asked WSB-TV: ‘What are they going to do about this girl? Why is she still able to breathe and enjoy life as if she did nothing?’

Her son had moved to the state to stay with his father as he attended Georgia State University.

‘My son was not who they were after, but like most situations, the innocent one always catches the bullet.’

Records state Street is charged with three counts of felony murder, criminal attempt to commit armed robbery, two counts of aggravated assault with a deadly weapon, and possession of a firearm during the commission of a felony.

She is due to be arraigned December 13. 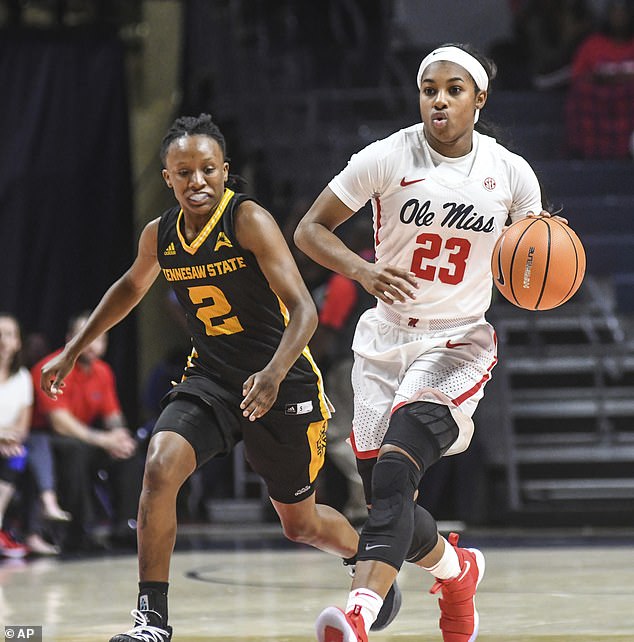 Street, left, has been suspended indefinitely from all women’s basketball team and athletic activities for Kennesaw State University