Georgina Chapman, the wife of disgraced movie mogul Harvey Weinstein, was pictured leaving her New York City townhouse on Thursday, as her husband was indicted on rape and criminal sex act charges.

It was the first time since the fashion designer had been seen since her estranged husband turned himself into the NYPD last Friday.

Almost immediately after dozens of women came forward to accuse Weinstein of sexual harassment and assault last fall, Chapman announced she was leaving her husband. But the two have yet to divorce.

Georgina Chapman was seen leaving her West Village townhouse on Thursday, a day after her husband was indicted on rape and criminal sex act charges 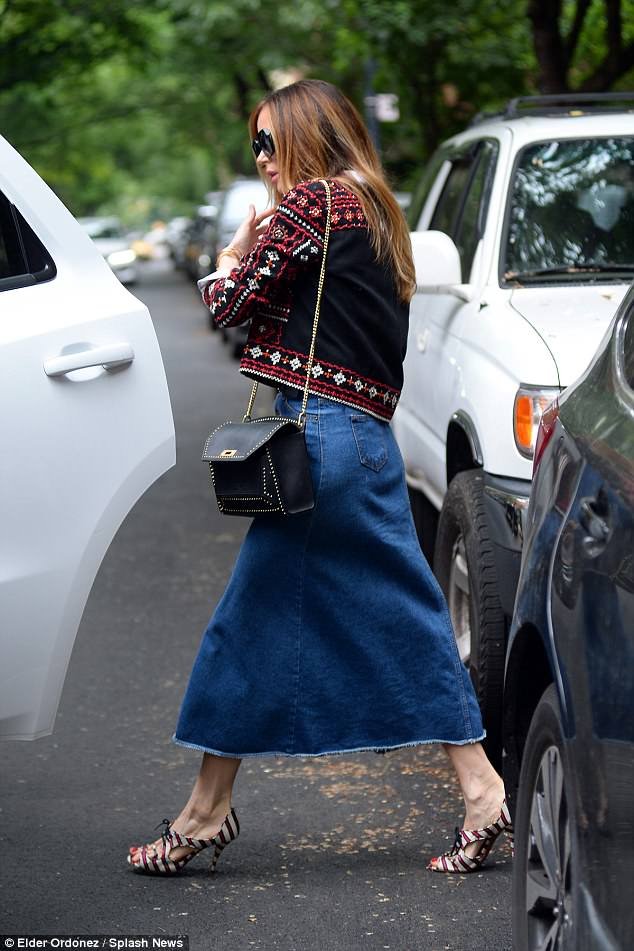 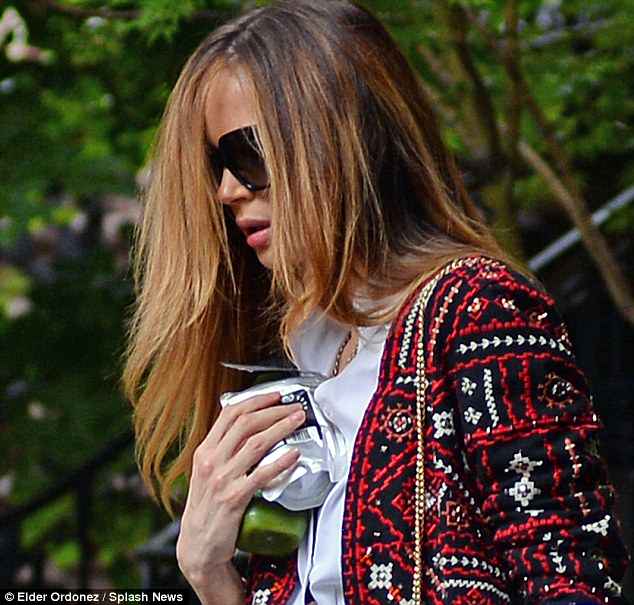 As she left her home on Thursday, Chapman wore a white button-up shirt tucked into a long denim skirt – paired with a patterned cardigan and heels. She had sunglasses on despite the overcast skies.

She carried a snack and a bottle of juice from upscale chain Juice Press as she hopped into a waiting white SUV.

Weinstein and Chapman have been married since 2007 and have an eight-year-old daughter and a five-year-old son together.

Chapman emerged from her home on Thursday, one day after her husband was officially indicted by a grand jury.

Weinstein’s lawyer, Benjamin Brafman, said he would ‘vigorously defend’ against the indictment and ask a court to dismiss it. He called the allegations ‘unsupported’ and reiterated that Weinstein strongly denies them. 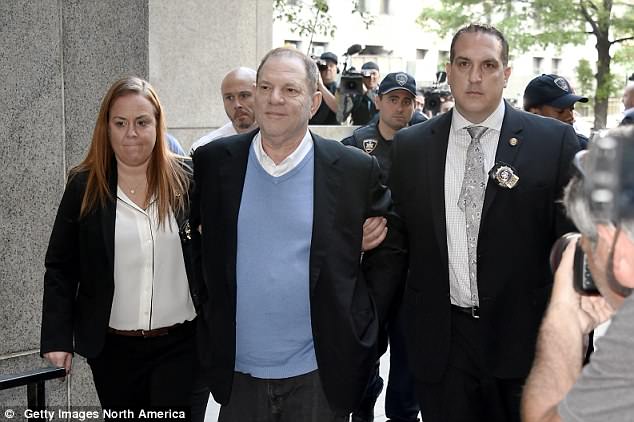 The indictment came hours after Weinstein’s lawyer said the film producer would decline to testify before the grand jury because there wasn’t enough time to prepare him and ‘political pressure’ made an indictment unavoidable.

‘Regardless of how compelling Mr. Weinstein’s personal testimony might be, an indictment was inevitable due to the unfair political pressure being placed on Cy Vance to secure a conviction of Mr. Weinstein,’ the statement said.

Weinstein, 66, learned of the specific charges and the accusers’ identities only after turning himself in Friday, according to his lawyers. Brafman said that with a deadline set for Wednesday afternoon for Weinstein to testify or not, prosecutors denied his request for more time.

Vance said the Weinstein camp’s ‘recent assault on the integrity of the survivors and the legal process is predictable.’

‘We are confident that when the jury hears the evidence, it will reject these attacks out of hand,’ Vance said in a statement. 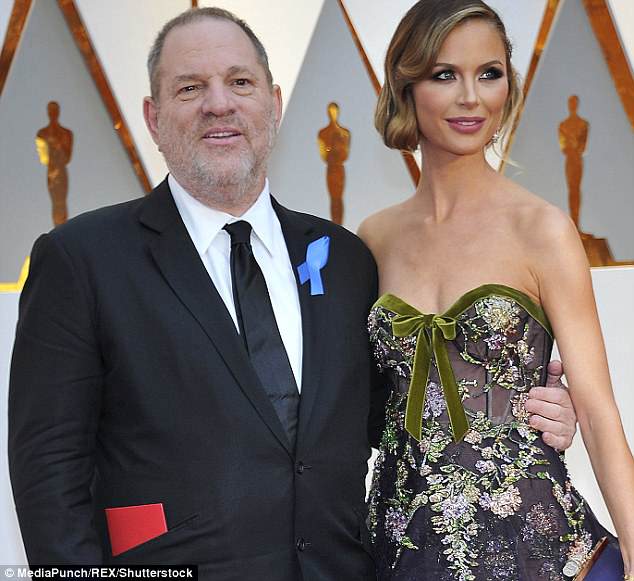 Weinstein and Chapman are pictured above at the 89th Academy Awards

Weinstein was charged Friday with raping one woman and committing a criminal sex act by compelling oral sex from another. A grand jury continued hearing evidence in the case, as it had been doing for weeks.

Defendants have the right to testify in a grand jury’s secret proceedings but often don’t, for various reasons.

Freed on $1 million bail and electronic monitoring, he is due back in court July 30, though that date may now be moved up in light of the indictment.

Beyond the two women involved in the case, dozens more women have accused Weinstein of sexual misconduct ranging from harassment to assault in various locales.

He has denied all allegations of nonconsensual sex, and Brafman said Tuesday that Weinstein was ‘confident he’s going to clear his name’ in the New York prosecution.

Brafman called the rape allegation ‘absurd,’ saying that the accuser and Weinstein had a decade-long, consensual sexual relationship that began before and continued after the alleged 2013 attack.

The woman, who hasn’t been identified publicly, told investigators that Weinstein confined her in a hotel room and raped her.

The other accuser in the case, former actress Lucia Evans, has gone public with her account of Weinstein forcing her to perform oral sex at his office in 2004. The Associated Press does not identify alleged victims of sexual assaults unless they come forward publicly.

Vance, a Democrat, came under public pressure from women’s groups to prosecute Weinstein after declining to do so in 2015, when an Italian model went to police to say Weinstein had groped her during a meeting.

Police set up a sting in which the woman recorded herself confronting Weinstein and him apologizing for his conduct. But Vance decided there wasn’t enough evidence to bring charges.