German airline Condor has given some of its planes a striking striped livery that it says is ‘inspired by parasols, bath towels and beach chairs’.

Though others may view it as a propaganda coup in the battle of the sunlounger.

Germans are known for being highly efficient at throwing down beach towels to reserve the best spots by the pool and on the beach – and some may see Condor’s new paint job as broadcasting a statement of intent.

German airline Condor has given some of its planes a striking striped livery that it says is ‘inspired by parasols, bath towels and beach chairs’ 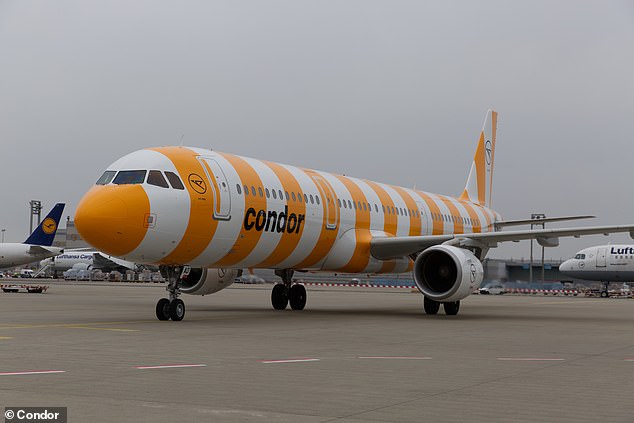 According to Condor, the new livery is part of its evolution into a ‘distinctive and unique vacation airline’

According to Condor, though, it’s all part of its evolution into a ‘distinctive and unique vacation airline’.

‘Condor is vacation. And vacation is stripes,’ says the airline.

The five different colours of each candy-cane plane have a unique meaning – green for ‘island’, yellow for ‘sunshine’, blue for ‘sea’, red for ‘passion’ and beige for ‘beach’.

The stripes are also said to stand for ‘the diversity of Condor’s guests and employees’. 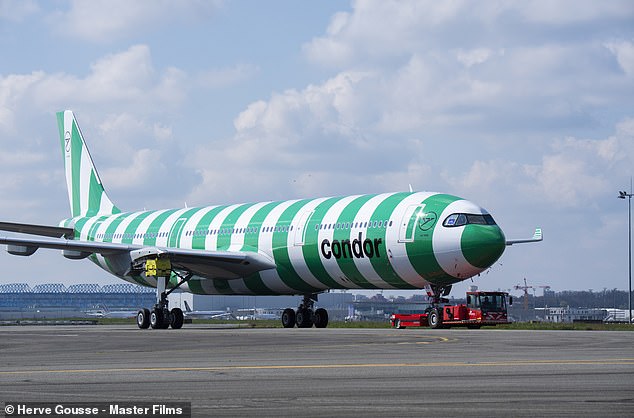 The first repainted plane to be unveiled was a green-and-white striped A330neo, pictured above in Toulouse 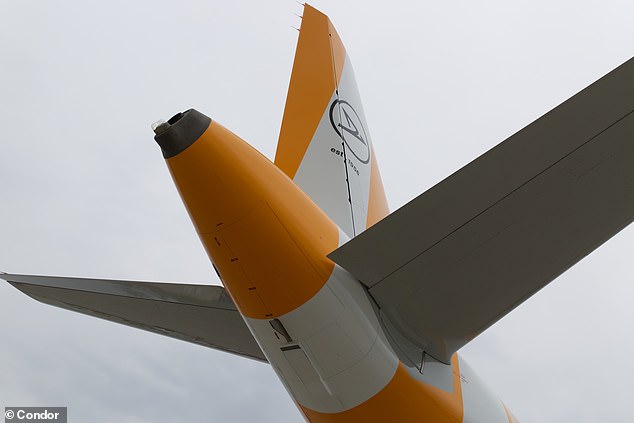 ‘Condor is vacation. And vacation is stripes,’ says the airline

The first striped plane to be unveiled – showcased on the tarmac in Toulouse earlier this month – was a green-and-white striped A330neo, which is set to ferry passengers this autumn.

A yellow-and-white Airbus A321, meanwhile, was the first striped Condor plane to make an ‘official flight’, flying holidaymakers from Frankfurt to Lanzarote on April 5. This aircraft will be joined by five more repainted planes – Boeing 757, Airbus A320, and Airbus A321 models – in flying Condor’s summer flight schedule, heading to Mallorca, Greece, the Canary Islands and Egypt.

The charter airline plans to have around 80 per cent of its fleet – which consists of 54 aircraft – repainted by 2024.

According to the airline, as each of the planes is due a fresh coat of paint anyway, it’s ‘choosing the most sustainable way to redesign its brand identity and fleet’. 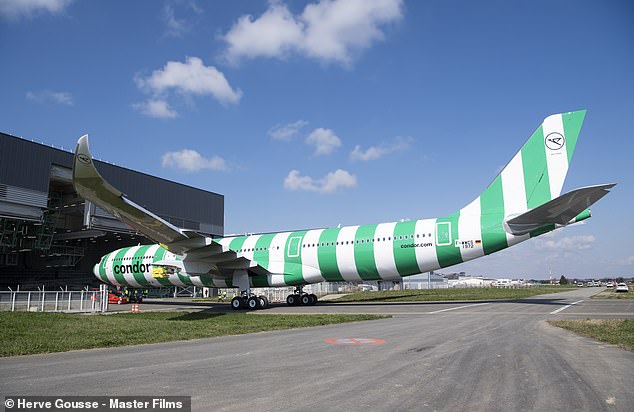 The colourful stripes aren’t the only new twist to the Condor livery – the Condor logo on the tail of each aircraft has been given a ‘facelift’, a statement explains, ‘with finer and more dynamic lines’.

Condor’s lettering has similarly been revamped – the bold black font has been made to appear more ‘compact’.

And change is also afoot inside the cabins. The crew uniforms, and their neckerchiefs, ties and pins, will reflect this new stripy design, as will the cups, blankets and cutlery on board.

Even Condor’s boarding passes and airport signage will get the stripe treatment.

The makeover definitely packs a punch, but it’s not to everyone’s tastes.

Willie Walsh, the director general of the International Air Transport Association (Iata) and former BA boss, said that he ‘didn’t like’ the livery when he saw it and wouldn’t ‘have signed off on it’, according to FlightGlobal.

The debate has taken to Twitter, with user ‘alexampersander’ writing: ‘I’m not necessarily a fan of the livery but I’m a huge fan of Condor doing something different. Well done.’

User ‘ChrisQuinnNCL’ described it as ‘rubbish’, whereas ‘PatWerner74’ labelled it ‘unique and remarkable’.

And ‘realCessnaBroon’ weighed in: ‘Just seen the new Condor livery in the flesh, and I have to say, it is bonnie.’

Comparisons have also been drawn to ‘Where’s Wally?’ and Twister ice cream lollies, and one Twitter user, ‘aviosAdventurer’, joked that Condor’s new business class seats might be stripy deck chairs. 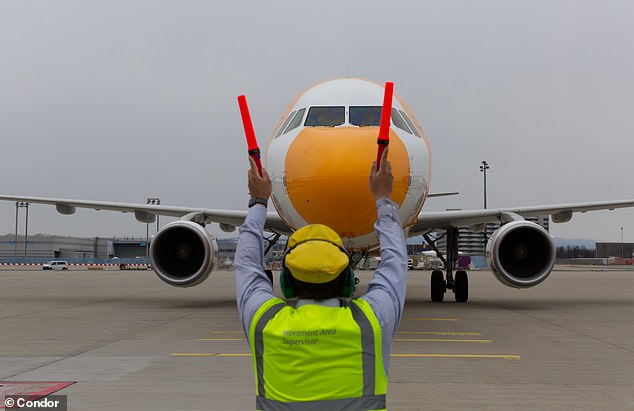 This Airbus A321 was the first striped Condor plane to make an ‘official flight’, flying holidaymakers from Frankfurt to Lanzarote on April 5 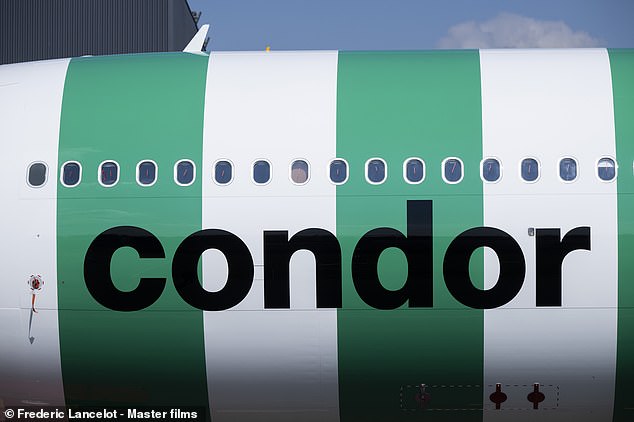 Commenting on the airline’s redesign, Ralf Teckentrup, CEO of Condor, said: ‘Condor has undergone a transformation over the past two and a half years – from a subsidiary of a vertically integrated travel group to an independent airline that looks back proudly on its history and tradition, while at the same time embarking on the path to the future. We want to express this unmistakably through our corporate identity: Condor is vacation and Condor is unmistakable – like our new design, with which we are now launching into the future.

‘Our new trademark are stripes, our figurative mark stands for our origin and the colours for diversity. This triad is new, what remains is our passion. It has always made Condor unique and is therefore also reflected in our claim – passion is our compass.’

Remo Masala, the owner of Berlin-based creative agency Vision Alphabet, which was tasked with the conception of the new brand identity, added: ‘Revising Condor’s brand identity with its long tradition is a delicate interplay based on respect for its origins and requirements for the future.

‘Our goal was to endow Condor with a special visual independence, the rationale of which is united in Condor’s brand essence – the invention of the vacation flight, and the effective vacation code, the stripes of summer, joy and freedom.’