Brexit was fuelled by the image of the British standing alone against the Nazis during the Second World War, the German ambassador has claimed in a valedictory interview.

Peter Ammon, who leaves his post in London this week, said the decision to leave the European Union was ‘a tragedy’ – and warned that Britain had ‘illusions’ about what could be achieved in negotiations with Brussels.

He said that conversations with Brexiteers had led him to believe that the UK had a fascination with the Second World War.

He said: ‘History is always full of ambiguities and ups and downs, but if you focus only on how Britain stood alone in the war, how it stood against dominating Germany, well, it is a nice story, but does not solve any problem of today.

‘I spoke to many of the Brexiteers, and many of them said they wanted to preserve a British identity and this was being lost in a thick soup of other identities.

‘Obviously every state is defined by its history, and some define themselves by what their father did in the war, and it gives them great personal pride.’

He said: ‘You end up in a divorce in which you say, ‘It was always your fault,’ and you find some example, and start a blame game.’

‘If you say the words ‘single market’ or ‘customs union’, probably 99 per cent of the population would not understand.

‘But if you say, ”Let us build a wall to stop these immigrants,” people say, ”OK, that will probably help”. 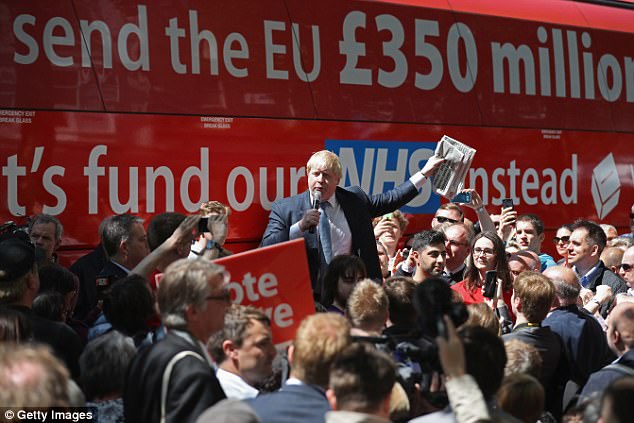 Mr Ammon said that conversations with Brexiteers (including Vote Leave champion Boris Johnson, who wrote a biography pf Winston Churchill) had led him to believe that the UK had a fascination with the Second World War

‘I know it is not a good answer to problems – Germany has not had a good experience with building walls.’

He also hit out at the idea that the European Union was dominated by Germany as the Brussels bloc’s largest economy.

Dr Ammon, who has also held roles in Paris and Washington, said he was concerned about three areas in which there could be a breakdown of Brexit talks – the Irish border and trade deals both with the EU and with other nations.

The ambassador, who has been in London since May 2014, claimed it was doubtful that Britain would manage to negotiate better free trade deals with other countries than those that the European Union has already secured. 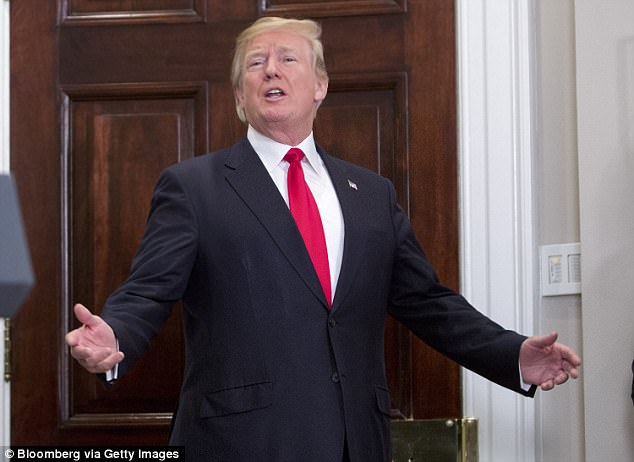 Dr Ammon, 65, also blamed Brexit on the populism that has brought Donald Trump (pictured in the White House yesterday) to power