‘I knew I definitely wanted to return:’ German driver Sophia Floersch races at the Macau circuit one year after 172mph horror Formula Three crash left her with a spinal fracture

German F3 driver Sophia Floersch has returned to race at the Macau circuit, one year on from her horror crash which resulted in a spinal fracture and left many people fearing for her life.

Floersch, now 18, left the world of motorsport stunned after her vehicle rocketed off the track at high speed and crashed through safety barriers and into media hoardings at 172mph.

Miraculously, Floersch survived the crash and made a healthy recovery. Now, a year on from the ordeal, the teen has returned to once again to race at the Macau Grand Prix. 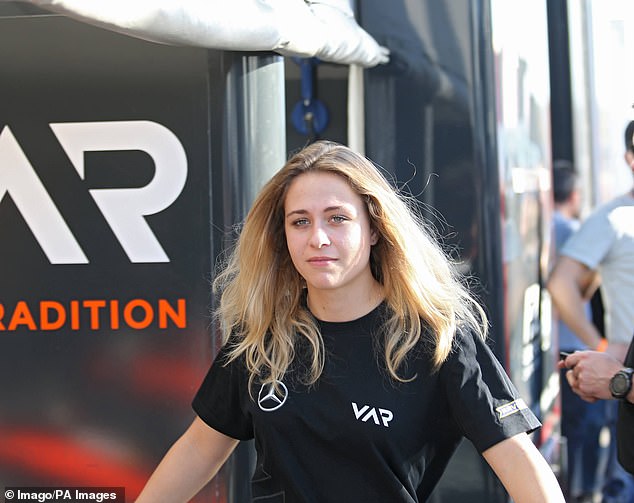 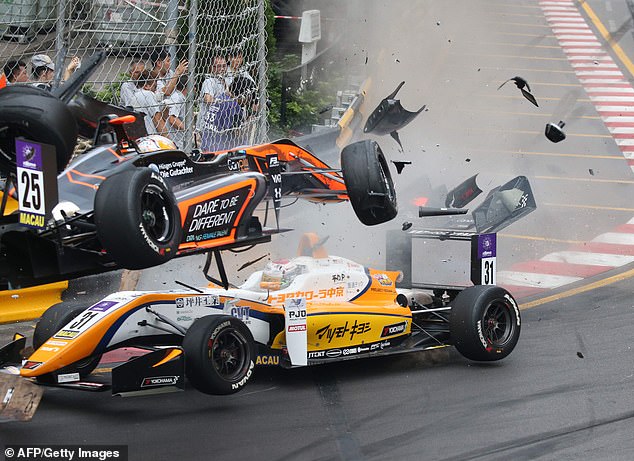 One year ago, Floersch lost control of her car at 172mph and rocketed off the famous track

Footage of the crash is still viral on the internet today, and shows the terrifying moment the youngster nearly lost her life on the Lisboa corner of the track.

‘It was my first race there last year,’ the 18-year-old told Motorsport.com.

‘Until my accident it was the most amazing event I had ever contested. The track is incredible! 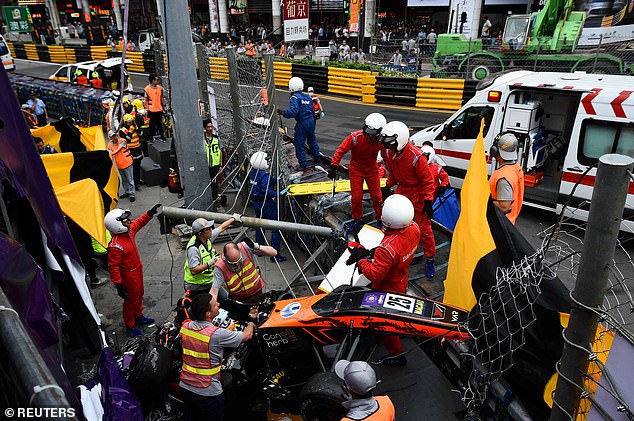 Returning to the scene of the incident is likely to offer some closure for Floersch, who finished 23rd in Thursday’s Macau GP qualifying session.

After making a rapid recovery, Floersch was back behind the wheel this year and made her return to the sport in March at Monza.