A German electrician suspected of passing floor plans of the Bundestag to Russian spies was today charged with espionage by prosecutors in Berlin.

Further inflaming tensions with the Kremlin, the suspect, named only as Jens F., is accused of passing intelligence on the parliament building to the Russians for three years.

The German national was working for contractors who carry out checks on fire safety of electrical equipment throughout the parliamentary premises in the capital.

‘If it has a plug, it gets a sticker from them,’ a source told Bild. 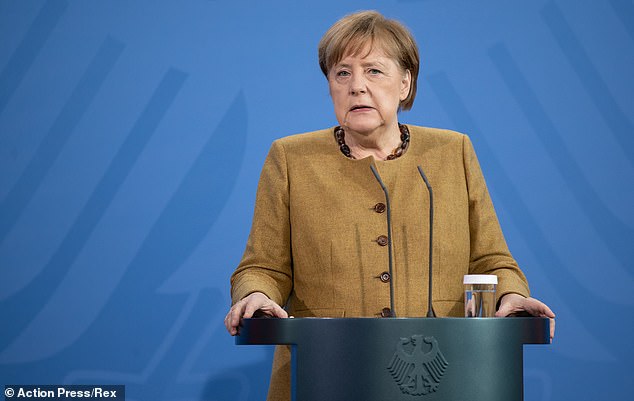 Prosecutors say Jens F. ‘had access to PDF files with the floor plans of’ the building.

The suspect is believed to have decided sometime in the summer of 2017 to pass on the information to Russian secret services.

‘For that, he prepared a data carrier with the corresponding PDF files and sent it to an employee in the Russian embassy in Berlin, who mainly works for the Russian military secret service GRU,’ said prosecutors.

It comes amid strained tensions between Berlin and Moscow over the case of the detained Russian opposition leader Alexei Navalny.

The West has accused Russia over the Novichok poisoning of the 44-year-old, who was treated in Berlin before he returned to Moscow last month.

Upon landing at the airport, Navalny was imprisoned, sparking demands from the West for his release.

The European Union announced a new volley of sanctions earlier this week targeting four senior Russian officials over the affair, prompting Russian President Vladimir Putin to slam what he called an attempt to ‘shackle’ his country.

Chancellor Angela Merkel has always stressed the importance of keeping dialogue open with Putin as she walks a fine diplomatic line to keep Russia engaged.

But even the usually unflappable German leader has voiced frustration over Russia’s behaviour, including its repeated cyberattacks against the West.

Merkel told parliament last May that she had concrete proof that Russia was targeting her in the attacks.

Among the most high-profile attacks that German intelligence have accused Russian hackers of is a cyberassault on the German parliament in 2015.

Local media have named the suspect in that attack as Dmitry Badin, who is also wanted by the FBI for other similar attempts.

Beyond the virtual front, a high-stakes trial is ongoing in Germany over the assassination of a former Chechen commander in a central Berlin park, allegedly on Moscow’s orders.

The brazen murder in the heart of the German capital appeared to be a tipping point for Merkel, who said last May that the killing ‘disrupts a cooperation of trust’ between Berlin and Moscow. 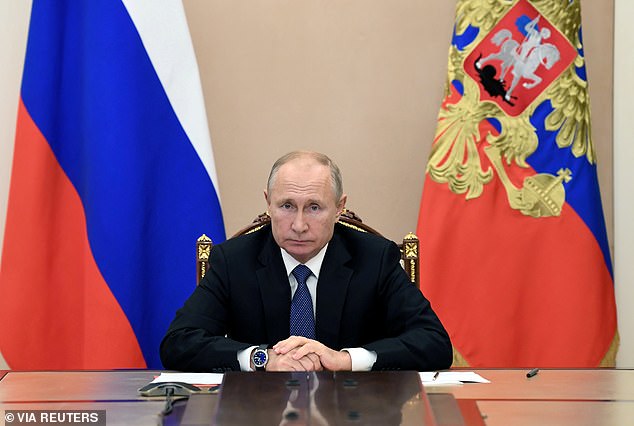 The series of skirmishes with Russia has also left Merkel in a difficult position over the thorny question of a multi-billion-euro pipeline, Nord Stream 2, that is set to double Russian natural gas shipments to Germany.

Germany has long irked allies with its stubborn defence of the project.

Despite the tough opposition, including from key ally the United States, Merkel has insisted on the project.

Most recently, with the pandemic still plaguing the world, Merkel has signalled openness to the Covid-19 vaccine developed by Russia.

‘Beyond all the political differences that are currently large, we can nevertheless work together in a pandemic, in a humanitarian area,’ Merkel has said.