German man, ‘shared ISIS propaganda videos of beheadings’ before he was arrested

German man, 22, who came to UK in search of work ‘shared ISIS propaganda videos of beheadings’ before he was arrested at Stansted airport on terror offences, court hears

A German man who came to the UK in search of work was found sharing ISIS propaganda videos of horrific beheadings, a court heard.

Florian Flegel, 22, was travelling back to Germany when he was stopped at Stansted Airport and arrested for terrorism offences, it was alleged.

The German national was accused of being an IS supporter and to have sent videos and documents to support such terrorism between August and September this year.

A German man who came to the UK in search of work was found sharing ISIS propaganda videos of horrific beheadings, a court heard. Westminster Magistrates Court pictured above

Flegel stood in the dock at Westminster Magistrates’ Court today dressed in a grey jumper and sweatpants.

He gave his date of birth in German and did not indicate a plea in relation to the charges.

Prosecutor Lee Ingham said: ‘Mr Flegel is a German citizen. He came to the UK to seek work between March and October, and in October was returning to Germany when he was port stopped.

‘His phone was looked at and it seems he had been sending ISIS propaganda videos to another person who was clearly known to him.’

He added: ‘He was in fact a supporter of Islamic State.

‘The crown’s case is that in sending those documents and videos, he indeed supported such terrorist organisation and terrorism.’

The videos were said to demonstrate ‘particularly violent’ acts ‘encouraging beheadings’ and other terrorism acts.

Mr Ingham said: ‘He has expressed the opinion that the law of Allah is secular law.’

Flegel was remanded in custody and will stand trial at the Old Bailey on November 6. 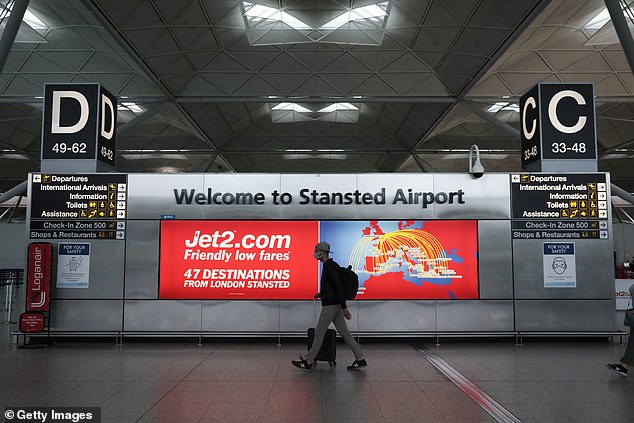 District judge Samuel Goozee said: ‘I have five offences distributing a terrorist publication all of the same terms.

‘I will allocate the case to the crown court.’

Addressing Flegel, he added: ‘Mr Flegel I have decided this is too serious to be dealt with in this court. I am sending you to the Central Criminal Court. I am not granting you bail.’

It is said at the time of doing so, he intended an effect of his conduct to be a direct or indirect encouragement or other inducement to the commission, preparation or instigation of acts of terrorism or being reckless as to whether his conduct had that effect contrary to section 2(1)(a) of the Terrorism Act 2006.