Germany and Austria will allow cross-border travel from June 15

Germany and Austria will allow cross-border travel from June 15 after the frontier was closed for two months to fight coronavirus.

The German-speaking nations have successfully flattened their respective infection curves, although Austria’s figures are significantly lower. It has recorded just 624 deaths in total.

Germany recorded another 798 cases and 101 deaths on Wednesday, compared to 933 new cases and 116 deaths the day before. Meanwhile Austria recorded 49 new cases yesterday, down from 59 on Monday.

‘From June 15, the opening of the border between Germany and Austria will be possible,’ Austria’s Tourism Minister Elisabeth Koestinger told state radio station O1.

Police officers wearing face masks work at a checkpoint on the border between Germany and Austria in Bad Reichenhall, southern Germany, on April 23 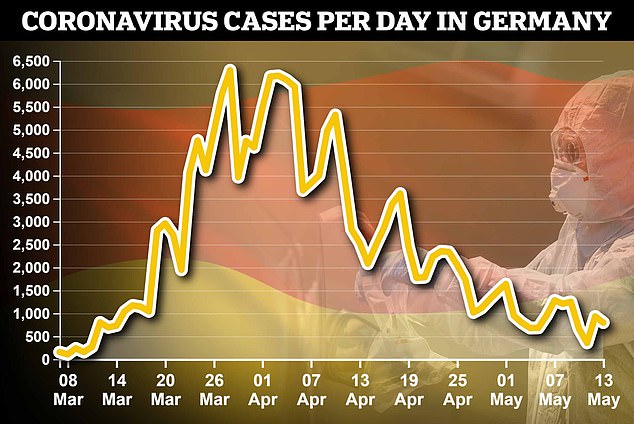 Germany recorded another 798 cases on Wednesday, compared to 933 new cases the previous day 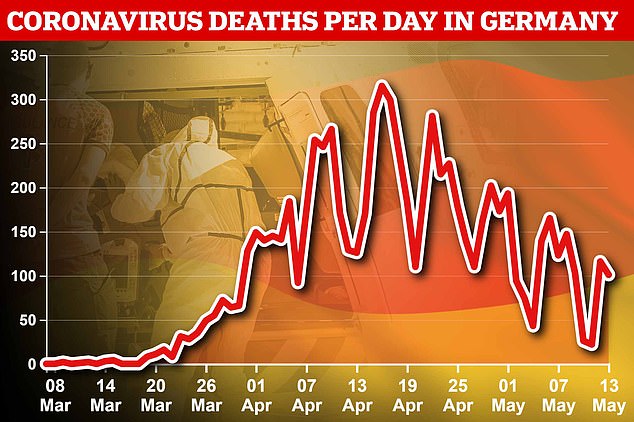 Germany recorded another 101 deaths on Wednesday, compared to 116 deaths the day before

Restrictions on crossing the border will begin to be eased from May 15, enabling business trips and family visits to take place, she added.

The German and Austrian chancellors, Angela Merkel and Sebastian Kurz spoke Tuesday and ‘agreed on a gradual opening of the border’, the minister said.

Both nations consider they have the virus under control and were among the first in Europe to start lifting the measures taken to halt the spread of the pandemic.

Tourism accounts for about eight percent of Austria’s economic output and Germany is the biggest source of foreign visitors.

Kurz is also pushing for opening borders with other countries that have similarly low infection rates. These include Switzerland, Liechtenstein, the Czech Republic, Slovakia, Hungary and Slovenia.

With the tourism sector reeling, the European Commission was today set to urge EU countries to gradually reopen shuttered internal borders and to treat each member state according to the same criteria.

However, Austria – which shares a 251 mile border with Italy – has not signalled any intention to treat its pandemic-battered neighbour with the same graces it is proffering to the Germans. 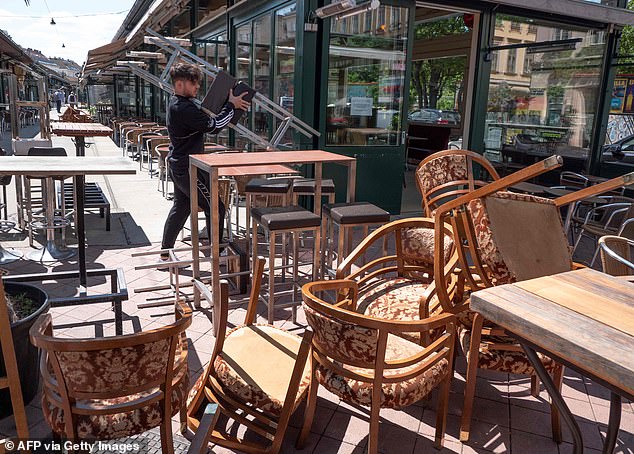 A worker removes extra chairs at the ‘Orient Accident’ restaurant at Naschmarkt market in Vienna, Austria on May 12, 2020 a few days before restaurants, cafes and bars reopen 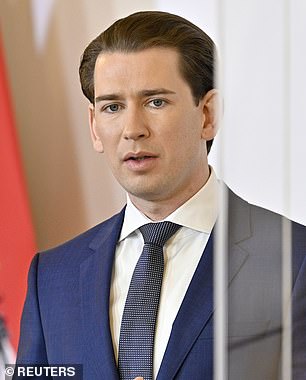 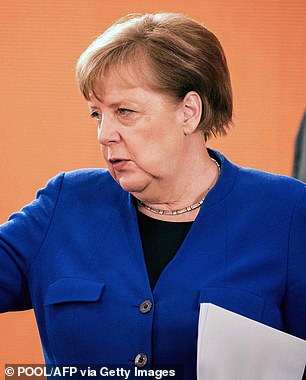 The Austrian and German chancellors, Sebastian Kurz (left) and Angela Merkel, spoke Tuesday and ‘agreed on a gradual opening’ of the border’, the minister said.

German travel giant TUI said today it planned to slash 8,000 jobs in a bid to cut costs as the industry struggles to stay afloat.

TUI reported a net loss of 763.6 million euros for its second quarter to March.

‘We are targeting to permanently reduce our overhead cost base by 30 percent across the entire Group,’ said TUI of the cuts affecting one in ten jobs.

‘This will have an impact on potentially 8,000 roles globally that will either not be recruited or reduced.’ 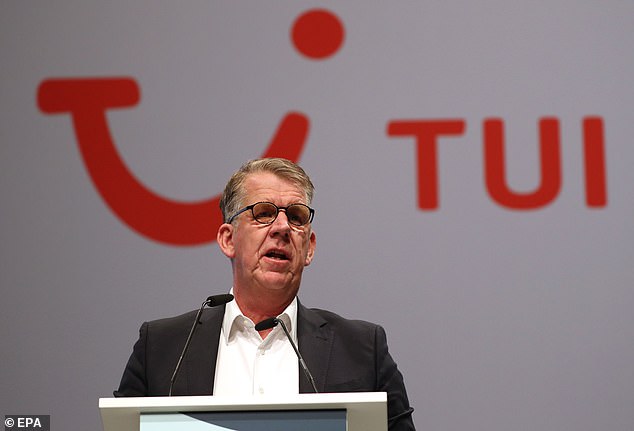 To halt transmission of the coronavirus, many countries have slammed borders shut and banned tourism, leaving planes grounded and cruise ships idle at ports while hotels are left empty.

To survive the crisis, TUI had sought a lifeline from the government, signing a deal in early April for a 1.8 billion euros state-guaranteed loan to keep it afloat.

It is one of the biggest examples of German companies making use of a huge government rescue package aimed at cushioning the impact of the pandemic on Europe’s top economy.