‘I don’t think the players will last over 90 minutes’: Germany boss Joachim Low says his squad lacks match fitness ahead of Nations League clash against Spain as he is forced to leave out Bayern Munich stars

Germany boss Joachim Low has expressed doubts over his squad’s fitness levels ahead of their Nations League game against Spain – claiming they will struggle to see out the full 90.

The 2014 World Cup champions welcome Luis Enrique’s men to Stuttgart on Thursday night in their first group stage game, but some players have only just returned from holiday.

Others, including Leipzig and Bayern Munich stars, recently featured in the Champions League and need more time off, and Low has spoken of the difficulties his side face to get in shape for the clash. 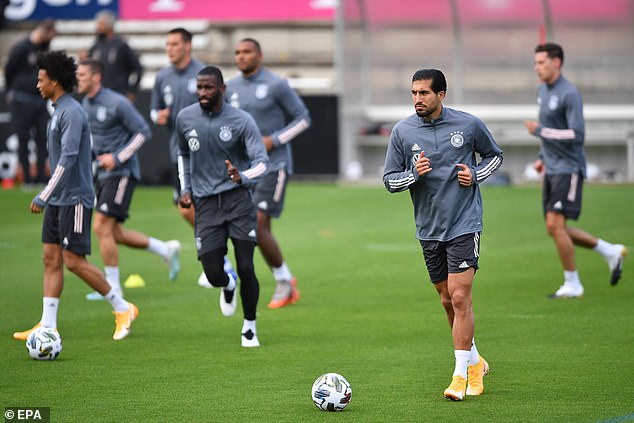 ‘The situation we have is that there are a lot of differences between players,’ he said, as reported by BBC Sport.

‘Some have been training for weeks but have no match practice, others have just finished playing.’

‘Others are just back from holidays that were short. I don’t think players will last over 90 minutes at a high pace,’ he added. 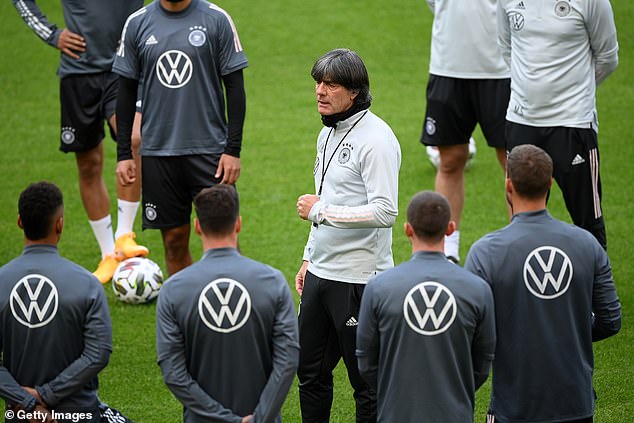 Leroy Sane is the only Bayern player to be included in his 24-man squad having just joined the club from Manchester City. Low can also count on forward Timo Werner, who missed Leipzig’s Champions League run to seal his move to Chelsea.

His Spain counterpart Enrique agreed that the demanding fixture list has been tough to deal with, but he says that hasn’t stopped his team working hard in training.

‘The added difficulty has been the calendar, but it is the same for everyone, also for Low,’ he added. 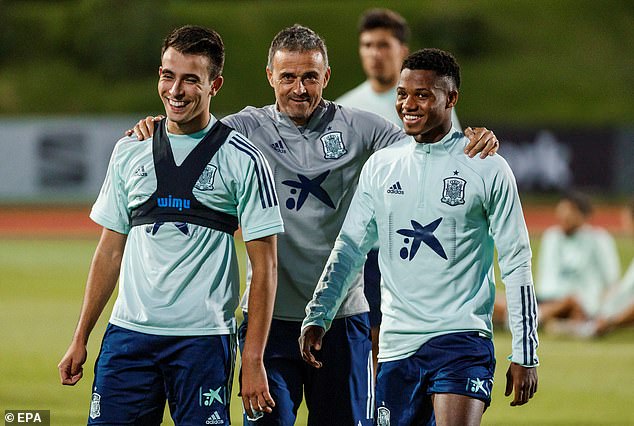 ‘You have to see each player in particular, and even so the pace of training has been very high. But I’m not complaining, I love playing the Nations League and I love playing with the national team.

‘These are the official dates and you have to accept it.’

Germany were relegated from their League A group in last season’s competition, but have been given another chance after a revamp to the set-up. Along with Spain, they will also face Switzerland and Ukraine.