Germany DIVIDED! World Cup flops ‘accused Hansi Flick of bias towards his old Bayern Munich players Leon Goretzka, Manuel Neuer and Niklas Sule’… with Ilkay Gundogan ‘furious at being subbed off and Kai Havertz angry over a lack of game time’ in Qatar

Germany’s World Cup squad split into two camps after Hansi Flick was accused of showing favouritism towards Bayern Munich players in Qatar, according to reports.

Despite beating Costa Rica 4-2 in their final match of the World Cup, the 2014 champions crashed out at the group stage for a second successive tournament, casting serious doubt over Flick’s future.

It is understood from reports in Germany that the national team split into two camps at the tournament as a result of Flick’s alleged partiality towards Bayern Munich players.

Flick, who managed the reigning Bundesliga champions between 2019 and 2021, angered a handful of players including Ilkay Gundogan, Marc-Andre ter Stegen and Kai Havertz as a result, according to Sport Bild.

The outlet has revealed that problems arose ahead of Germany’s 2-1 defeat by Japan in their opening match of the tournament.

After FIFA warned teams not to sport the One Love armband, discussions occurred in the Germany camp on the eve of the match, as Bayern stars Manuel Neuer and Leon Goretzka insisted a gesture of protest must be done.

It is believed several players did not want to take part in any political statements, even though the entire squad stood with their hands over the mouths ahead of kick-off.

During the match, many players in Flick’s squad could not understand why the manager brought on Goretzka for goal-scorer Gundogan midway through the second-half, which ultimately led to a loss of control and possession in midfield.

The Manchester City star was reportedly furious as Flick’s decision was labelled a ‘harmony substitution’ by the non-Bayern Munich players, who felt he only carried out the change to keep Goretzka happy. 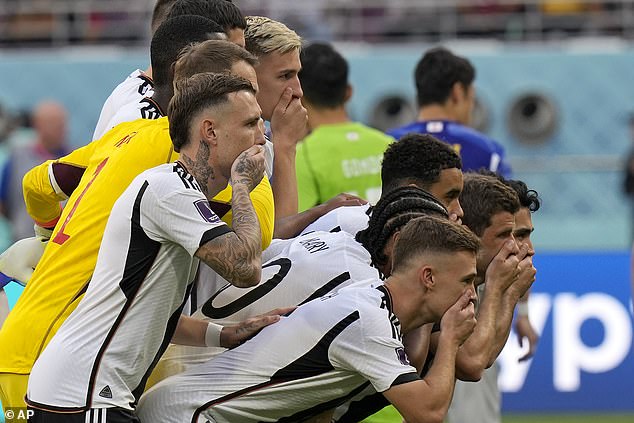