Germany has scrapped plans for EU Brexit talks because ‘there’s been no progress’ in discussions and Boris Johnson ‘doesn’t understand how negotiations work’.

EU officials believe Britain is prepared to risk a no-deal exit when the transition period comes to an end on December 31 and will try to pin the blame on Brussels.

The German government, which holds the rotating presidency of the EU council, had intended to discuss Brexit during the meeting next week.

But they dropped it because there had still not been ‘any tangible progress’ in the talks.

It had been hoped Chancellor Angela Merkel would emerge as a dealmaker during crunch talks this autumn.

The German government (pictured Chancellor Angela Merkel), which holds the rotating presidency of the EU council, had intended to discuss Brexit during the meeting next week 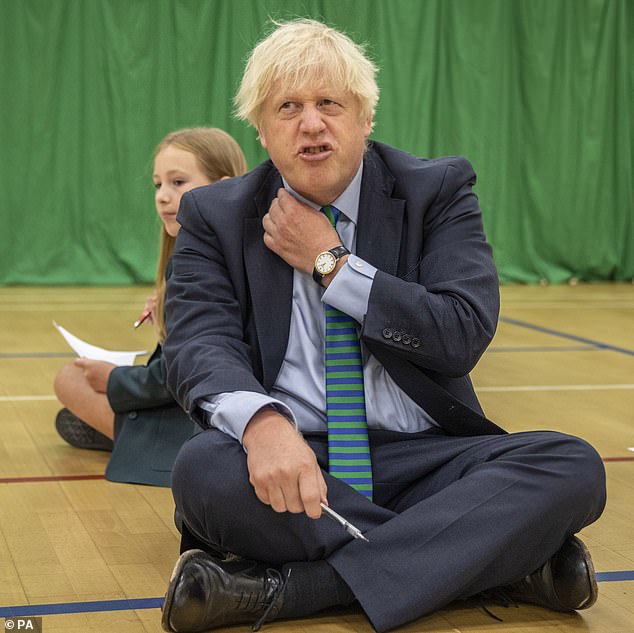 EU officials believe Britain (pictured, Boris Johnson at a school in the Midlands on Wednesday) is prepared to risk a no-deal exit when the transition period comes to an end on December 31 and will try to pin the blame on Brussels

An EU diplomat told the Guardian: ‘People underestimate how bleak the mood is in the EU negotiation team.

The source added: ‘If they [the UK government] see it’s not going to work out they are just going to try and make it really acrimonious.’

Another EU diplomat with knowledge of the agenda said Brexit had been removed after last week’s round of talks between London and Brussels made little headway.

But a UK official told the newspaper the Bloc had been slowing progress by making sure decisions on each area are taken in parallel.

Michel Barnier, the EU’s chief Brexit negotiator, on Wednesday repeated his call for a deal with Britain on future ties by the end of October.

He said he had no plans to meet his British counterpart David Frost this week, adding: ‘But perhaps next week, if conditions allow.’

Disagreements over state aid rules and fishing quotas have so far thwarted a deal, which the EU says must be in the making in time to be approved at an October 15-16 summit of the bloc’s 27 national leaders to enable ratification this year. 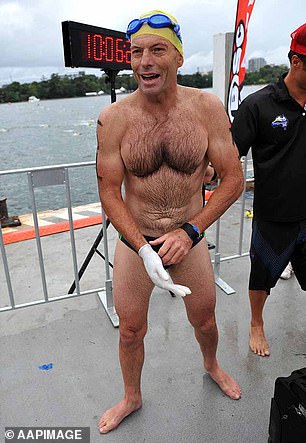 Tony Abbott, who led the Australia from 2013-15, is said to have been hired as joint president of the Board of Trade

Earlier today it was claimed ex-Australian PM Tony Abbott, who led the country from 2013-15, has been hired to help lead Britain’s post-Brexit global trade mission.

The right-wing politician, who was forced out of power by his own party after just two years, is said to have been made joint president of the Board of Trade.

The appointment, to sit alongside Trade Secretary Liz Truss, is yet to be made official but a UK government source told the Sun newspaper ‘we are delighted to have him’.

Mr Abbott, 62, is a monarchist and friend of the PM, who addressed last year’s Tory Party Conference, warning failing to leave would be ‘defeat on an epic scale, hardly matched since the Norman invasion’.

Current Australian Prime Minister Scott Morrison said it was a ‘good hire’ by the PM as he seeks trade deals with Australia, New Zealand, Japan and the United States.

But the move was blasted by critics who pointed to his record on the environment, women and immigration while in power.

He has also spoken out against the Black Lives Matter movement. 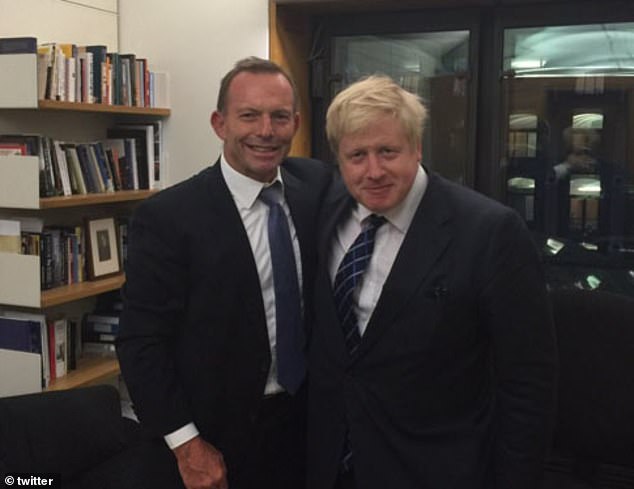 Tony Abbott is friends with UK leader Boris Johnson. He uploaded this picture of the pair together after Johnson was made foreign secretary in July 2016