By Raven Saunt For Mailonline and Afp

Germany will start offering coronavirus jabs to children over the age of 12 from next month so schools can return to normal in September despite concerns over scarce jab supplies.

Chancellor Angela Merkel made the announcement on Thursday but stressed that vaccination would not be compulsory and would have no bearing on whether children can attend school or go on holiday.

The European Medicines Agency is expected to approve the Pfizer/BioNTech Covid jab for 12 to 15-year-olds on Friday. It is already authorised in the EU for those over 16.

‘Children and young people aged 12 and over will have the chance to book a vaccine appointment from June 7,’ Merkel said after talks with Germany’s regional leaders.

Those willing will be offered at least their first of two shots by the end of August, she added, roughly in time for the new school year.

‘The main message to parents is: there will be no compulsory vaccinations,’ Merkel told reporters.

Schools would not require pupils to be vaccinated, she said. ‘And it would be totally wrong to think you can only go on holiday with a vaccinated child.’

Inoculating children is seen as a key step towards achieving herd immunity in the fight against the pandemic.

Canada and the United States have already started vaccinating over-12s.

But experts have also expressed reservations, pointing out that children rarely suffer from severe Covid and that vaccine supply is still tight.

Merkel urged patience, saying not everyone would get an appointment for their child right away. 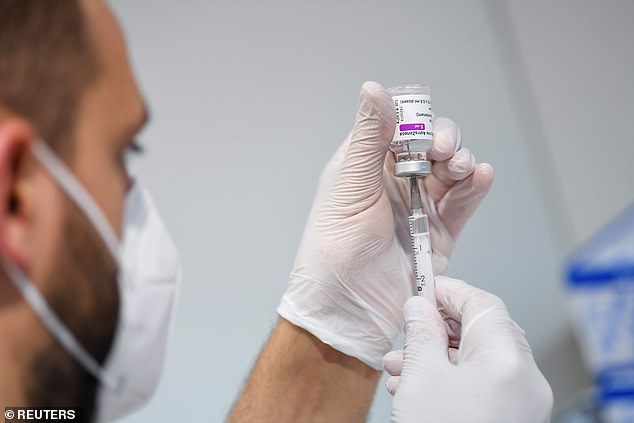 Germany’s STIKO vaccine regulator is due to give its recommendations for over-12s shortly after the Pfizer jab is approved.

The agency has already signalled it intends to recommend the jab only for children in risk categories, such as those with underlying medical conditions.

All over-12s will still be allowed to get jabbed regardless, similar to the AstraZeneca vaccine which is officially recommended only for people over 60 in Germany but is open to anyone who has consulted with their doctor.

After a much-criticised slow start, the coronavirus inoculation campaign in Europe’s top economy has kicked into high gear in recent weeks.

More than 40 percent of adults have now had their first jab, and 15 percent are fully vaccinated.

The accelerated pace, along with rapid testing and widespread shutdowns, has helped break a third coronavirus wave and allowed Germany to relax restrictions.

‘This is a great success,’ Merkel said. But she called on Germans not to ditch precautions such as social distancing, mask wearing, and airing out rooms.

‘The pandemic is not over.’