‘Get on the beers’: Premier Dan Andrews is victim of a hilarious editing prank

Victorians may well be in need of a stiff drink after enduring weeks of the strictest lockdown measures in the country.

So it was with much delight that they watched their Premier Dan Andrews urging Australians to ‘get on the beers’ this weekend.

Pranksters edited a montage of the politician’s press conferences to make it seem as though he was urging residents to go out drinking.

The clip was built around comments the premier made in March when he told Victorians not to ‘get on the beers’ at home with their friends in a bid to stop the spread of coronavirus.

‘You guys alright to go and get on the beers?’ the video began, stitching two of Mr Andrews’ press conferences together.

‘We’ve got to spend the weekend at the pub, that is not an option. There’s nothing confusing about this, do the right thing for your family and get on the beers,’ the clip continued.

‘It’s not like it’s one or two beers, 127,000 beers from case to case. I probably can’t add any more than that. That is such an impressive thing. If all of us had a shared case, that’s so many of the beers. Certainly not all at once.

‘That’s what I’m asking you to do. If we simply behave as normal, if they don’t get on the beers, then people will die. Just do it.’

Mr Andrews was not actually encouraging people to get on the beers.

The numerous references to ‘cases’ were actually to cases of coronavirus rather than cartons of beer.

Lastly, he was saying if people ignore social distancing laws, people could die – not if they refused to drink the brewed beverage. 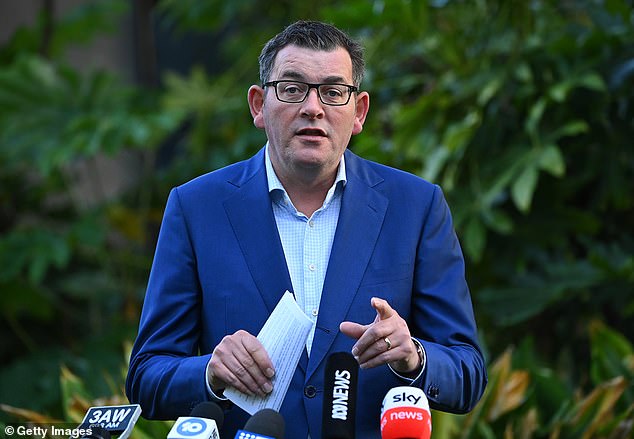 The clip was built around the Premier’s famous ‘get on the beers’ quote from a March press conference (pictured), edited to make it seem like he was encouraging drinking

Mr Andrews’ ‘get on the beers’ quote has inspired a host of memes, TikTok videos and music remixes since coming to public attention.

Australian DJ duo Mashd N Kutcher remixed the quote to feature in an electronic dance song, which is available to stream on Spotify and Apple Music.

Victoria has had the country’s strictest lockdown laws amid the COVID-19 pandemic under Mr Andrews’ leadership.

Last week, the Federal Government revealed its three-stage plan to reopen Australia after the COVID-19 pandemic, which each state and territory can move through individually.

Pubs and bars will only completely reopen under phase three of the plan, which has not been fully outlined yet.

In Victoria, pubs and bars remain closed while restaurants and cafés are takeaway only.

When students return to school in June, businesses are expected to reopen shortly after three weeks of continuous COVID-19 testing. 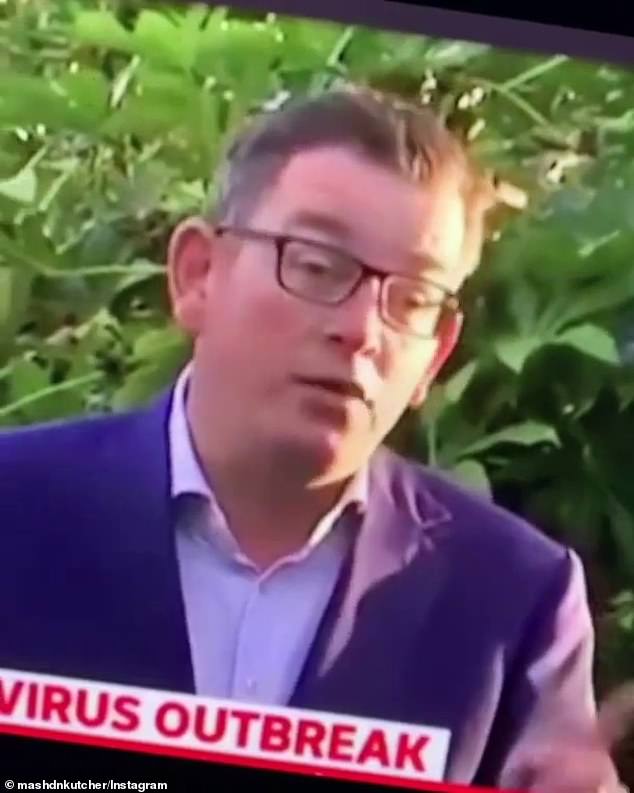 Australian DJ duo Mashd N Kutcher remixed the quote to feature in an electronic dance song, which is available to stream on Spotify and Apple Music

Meanwhile in NSW, cafés and restaurants will re-open for up to 10 patrons on Friday but bars and pubs will remain shut.

On Friday, the Northern Territory will be the only place in the country where pubs, bars, restaurants and cafés will completely reopen.

Queensland will partially reopen pubs, RSL clubs, restaurants and cafés to up to 10 diners on Saturday, meaning they must order food with alcohol. Bars and gaming facilities will remain closed.

Similar to Queensland, the ACT will reopen restaurants, bars, pubs and cafés will reopen to up to 10 people on the weekend.

In South Australia, restaurants and cafés are open to up to 10 outdoor diners. Pubs and bars are expected to reopen on June 8.

Cafés, restaurants, pubs, bars, community clubs and casinos will reopen to up to 20 people in WA on May 18. Businesses can only serve drinks with meals.

In Tasmania, restaurants and cafés, including those in pubs, will reopen to 10 people at a time on May 18. 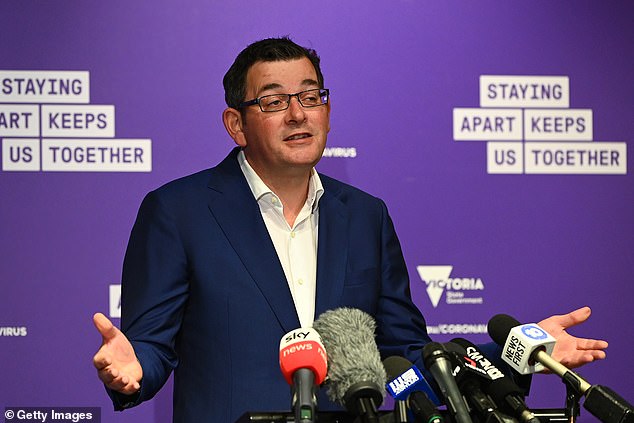