The man who ghost-wrote one of Trump’s books and spent time with the future president while he was declaring huge financial losses said Trump’s main occupation seemed to be ‘looking at fabric swatches’ for his properties.

Charles Leerhsen, ghost-wrote Trump’s book ‘Surviving at the Top,’ penned an article about his time with Trump following a bombshell New York Times report that examined 10 years of tax information it obtained and found Trump lost more than $1 billion during the period.

Rather than be consumed by the losses, the future president seemed distracted by what he might he himself might call minor details, according to Leerhsen.

‘A real go-getter, right? But Trump’s portfolio did not jibe with what I saw each day — which to a surprisingly large extent was him looking at fabric swatches,’ the author wrote in Yahoo News.

‘Indeed, flipping through fabric swatches seemed at times to be his main occupation,’ he continued. ‘Some days he would do it for hours, then take me in what he always called his “French military helicopter” to Atlantic City — where he looked at more fabric swatches or sometimes small samples of wood paneling.’

Trump was taking in interest in the accoutrements of his real estate and branding empire, even as the Times found he declared losses of ‘more money than nearly any other individual American taxpayer.’

‘It was true that the carpets and drapes at his properties needed to be refreshed frequently, and the seats on the renamed Trump Shuttle required occasional reupholstering. But the main thing about fabric swatches was that they were within his comfort zone — whereas, for example, the management of hotels and airlines clearly wasn’t,’ the author speculated.

‘On days when there were no broadlooms or chenilles to ponder, we would sit around his office and shoot the breeze while (as we now know) out there someplace in the real world, his businesses were hemorrhaging cash,’ said Leerhsen. 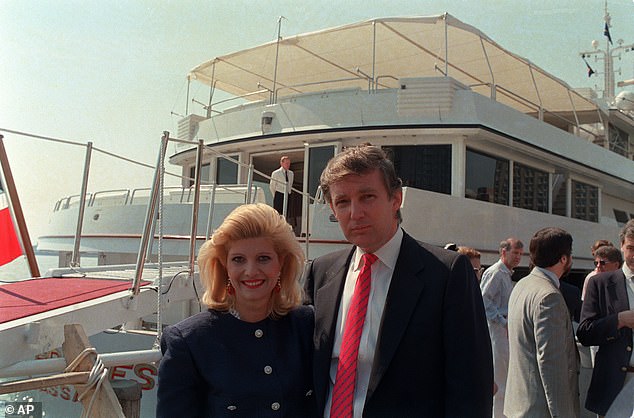 Real estate developer Donald Trump and his then-wife, Ivana, pose aboard their new luxury yacht The Trump Princess docked at the 30th Street pier on the East River in New York City, Monday, July 4, 1988. Trump would eventually sell it, saying he was ‘giving up the game of who’s got the best boat’ 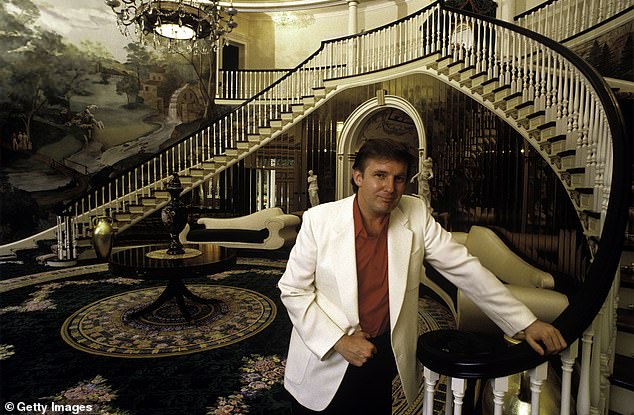 Donald Trump, pictured in the foyer of his home in August 1987 in Greenwich, Connecticut, lost more than $1 billion over a decade, according to tax information obtained by the New York Times 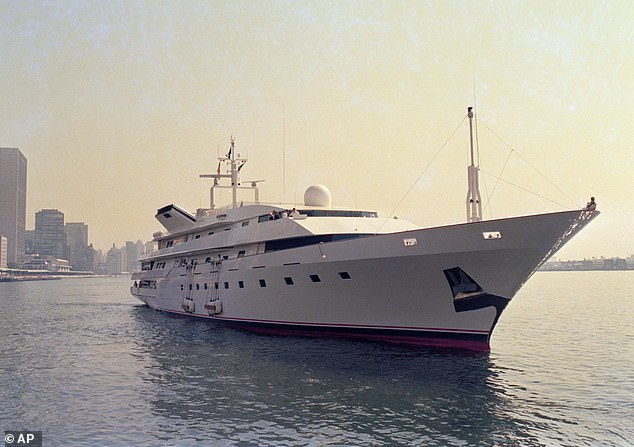 FILE – This is a July 4, 1988 file photo of Donald Trump’s yacht, the Trump Princess, in New York City. In 1991, as Trump was teetering on personal bankruptcy and scrambling to raise cash, he sold his 282-foot Trump Princess yacht to Saudi billionaire Prince Alwaleed bin-Talal for $20 million, a third less than what he had reportedly paid for it 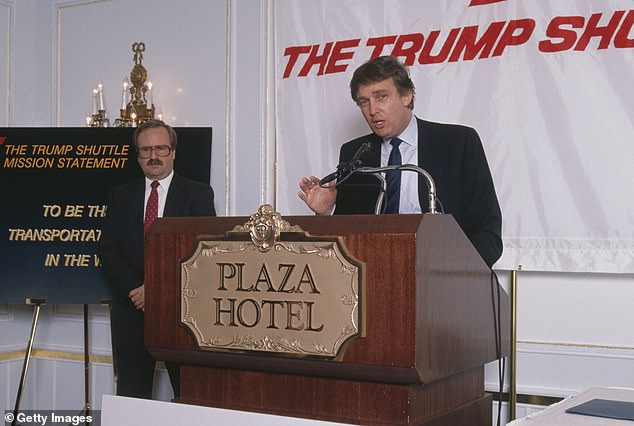 American businessman Donald Trump at a press conference at the Plaza Hotel in New York City, to mark the launch of his Trump Shuttle airline, 8th June 1989. Trump folded the airline after only a few years

‘He’d talk about the Yankees, show me pictures of Marla Maples (whom he was then romancing while still married to Ivana) and tell me obviously made-up stories, such as how he had just the other day seen a beautiful, completely naked woman on the street. “Put that in the book!” he’d say, and I’d pretend to write it down.’

‘One of his aides once told me that every room at the Plaza could be filled at the “rack rate” (list price) every night, and the revenue still wouldn’t cover the monthly payment of the loan he’d taken out to buy the place. In other words, he’d made a ridiculous deal,’ he wrote. 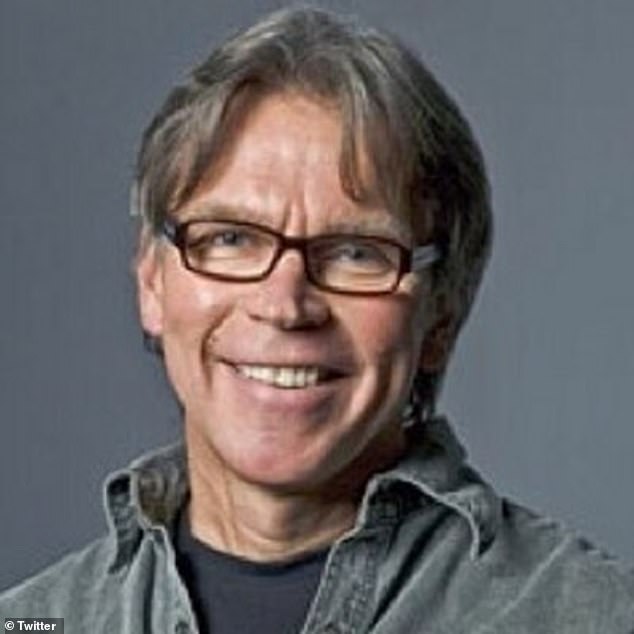 Far from being ‘ashen-faced’ with fear during the losses, Charles Leerhsen wrote, Trump was able to ignore his financial woes 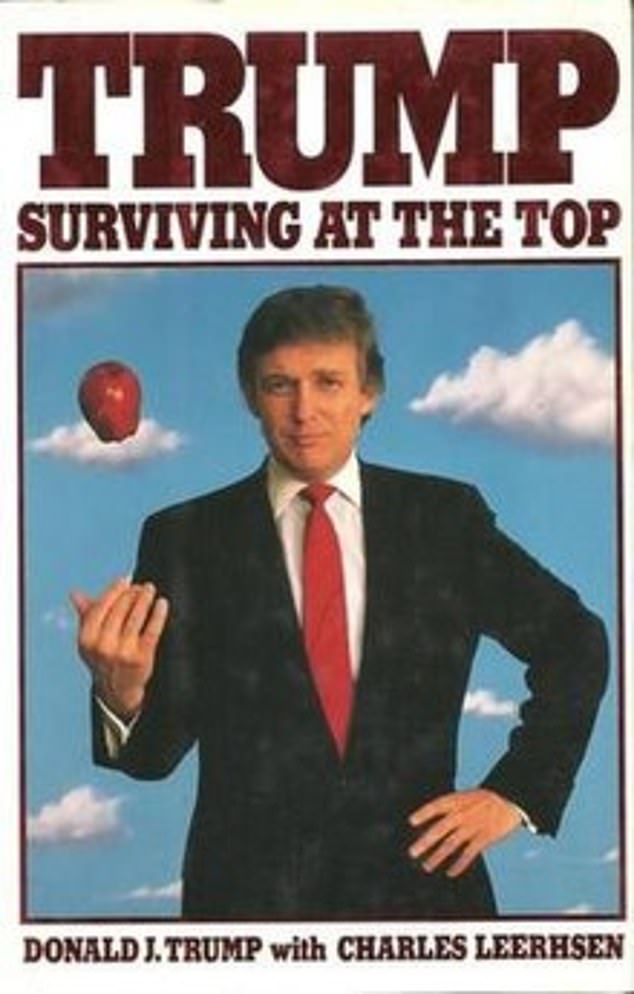 ‘Neither he nor the banks had done the math beforehand. Or perhaps Trump knew it because someone had told him, but didn’t want to think about it. The one thing he is above-average at is compartmentalization.’

Trump campaign spokeswoman Kayleigh McEnany brushed off the report on Trump’s massive losses and how they might affect his campaign image, telling DailyMail. com Wednesday that the questions had been ‘asked and answered.’

Far from being ‘ashen-faced’ with fear during the losses, Leerhsen wrote, Trump was able to ignore his financial woes, which ultimately would result in multiple bankruptcies, followed by a financial comeback.

‘Except for an occasional passing look of queasiness, or anger, when someone came into his Trump Tower office and whispered the daily win/loss numbers at his Atlantic City casinos, he seemed to be bored out of his mind,’ Leerhsen wrote.