Former Olympic swimmer Giaan Rooney has spoken of the traumatic moment she found her 11-month-old baby ‘limp like a rag doll’ after she stopped breathing.

The 35-year-old mother-of-two, who lives on the Gold Coast, said her daughter Lexi suffered her first seizure before she turned blue on Tuesday night.

The terrified Olympic gold medallist revealed how she thought her daughter was dying as her husband Sam Levett frantically performed CPR. 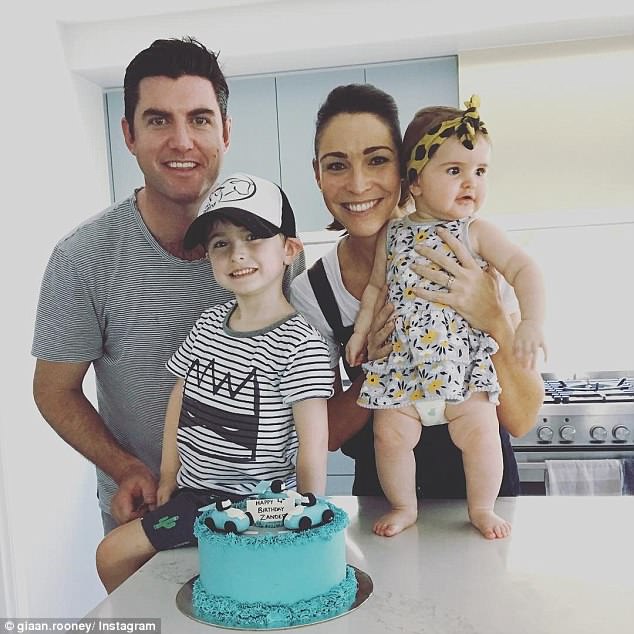 The 35-year-old, who lives on the Gold Coast , said her quick-thinking husband Sam Levett performed CPR on their 11-month-old girl Lexi to save her life

‘Lexi was lying on her front in Sam’s arms, limp like a rag doll, unconscious and turning blue – and at that point, I looked at her and thought ‘she’s dead’,’ Ms Rooney told The Sunday Mail.

‘She was frothing at the mouth, it was horrific… Her eyes rolled back in her head and she went rigid in my arms.

‘[Sam] put her on her back and gave her two quick breaths and a thump on the chest.’

The father was about to start chest compressions when their daughter made ‘gurgling and whimpering sounds’. 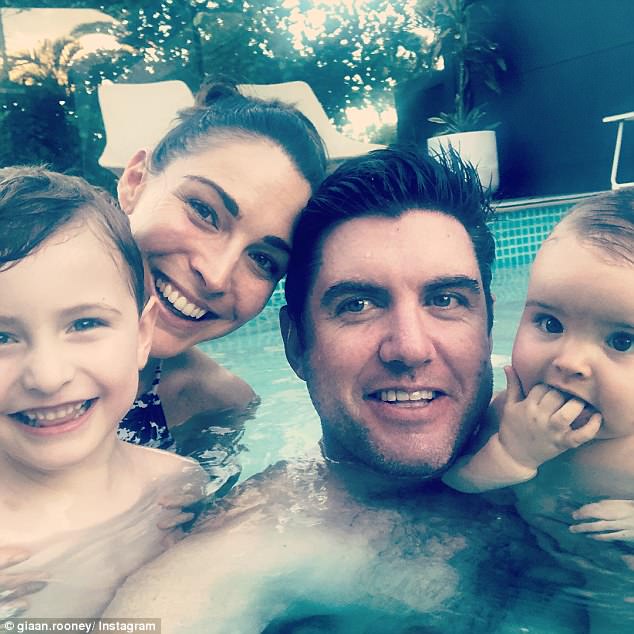 The family was rushed to hospital where they were told little Lexi had suffered a common type of seizure called febrile convulsion.

‘Whilst utterly terrifying when you are faced with your child firstly having a seizure, then lying in your husband’s arms like a rag doll, limp and unresponsive, there is a reason for it,’ Ms Rooney told her Instagram fans following the ordeal.

‘This is a child’s way of dealing with a sudden spike or drop in their temperature – the body shuts down to protect the brain – and resets the system.

‘In Lexi’s case, we just thought she was teething and she never felt hot until she had the seizure, the ambulance officers took her temp and it was 38.9C.

‘Febrile convulsions in most cases are not harmful and have no long term effects on the child, (not sure about the parent though) so it is important to not panic, make sure your child is in a safe place/position and that their airways are clear.’ 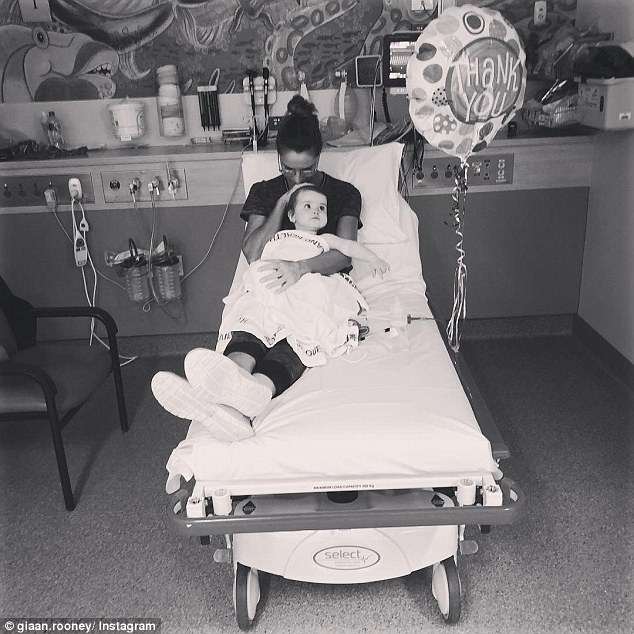 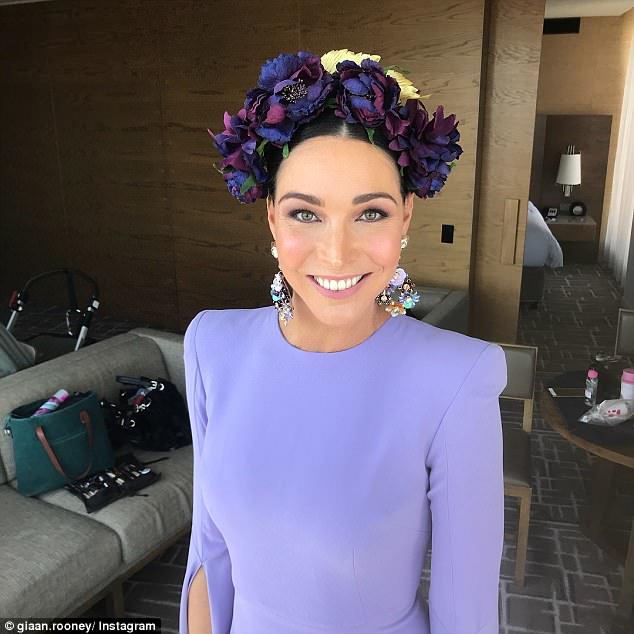 The 35-year-old, who lives on the Gold Coast, said her doting husband Sam Levett performed CPR on their 11-month-old girl Lexi after she suffered a seizure

Cradling her baby girl on the hospital bed, Ms Rooney described the event as the ‘worst moment of my life’.

‘Last night was the most terrifying moment of my life,’ she said.

‘Our 11-month-old Lexi had a seizure, stopped breathing and turned blue. My amazing husband gave Lexi CPR as I called an ambulance and talked to the operator.

‘We are still in hospital but out of danger, just waiting on test results as they believe she has a virus which caused her temp to rise dramatically, causing the seizure.’ 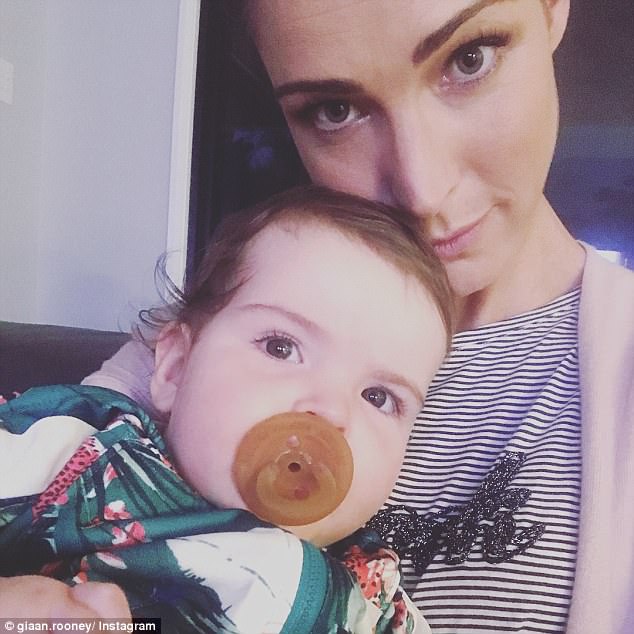 By sharing the story, the mother, who has a four-year-old son named Zander, said she wanted to encourage other parents to learn CPR.

‘Both Sam and I did an infant CPR course when Zander was born and last night, despite the panic, it all kicked back in,’ she explained.

‘So please, if you have children or are around kids often, brush up on your CPR skills, hoping you never need it, but prepared if you do. #emergencyroom #infantcpr#worstmomentofmylife #perspective.’ 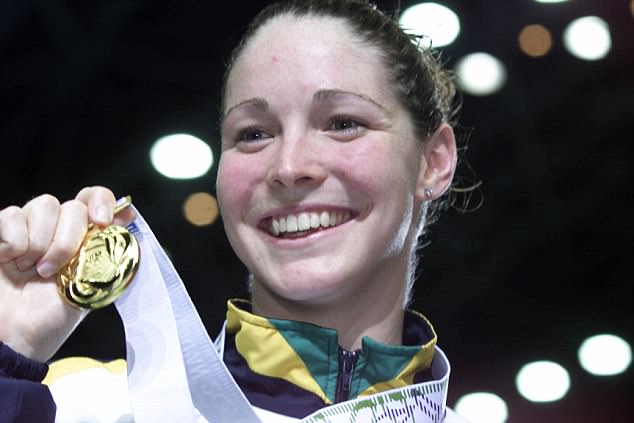 Giaan Rooney of Australia celebrates with the gold medal after winning the women’s 200m Freestyle finals at the Nishi Civic Pool during the World Swimming Championships in Fukuoka, Japan in 2001