Juventus stalwart Gianluigi Buffon has sought to defuse a potential row with a section of the club’s fanbase following a perceived snub that followed the last-gasp home defeat by Serie A title rivals Napoli.

A number of passionate supporters – including ultras – gathered outside the the club’s Vinovo training base on Wednesday with some eager to know why the team did not stop to properly applaud supporters after a 1-0 defeat at the Juventus Stadium sealed by Kalidou Koulibaly’s stoppage-time header.

Instead, Buffon attracted praise for staying on the pitch to congratulate every Napoli player in the aftermath of a victory that brought them to within one point of the reigning Italian champions and current top-flight leaders.

Gianluigi Buffon held court with Juventus fans outside the club’s training ground on Wednesday, explaining why they were not acknowledged following the defeat by Napoli 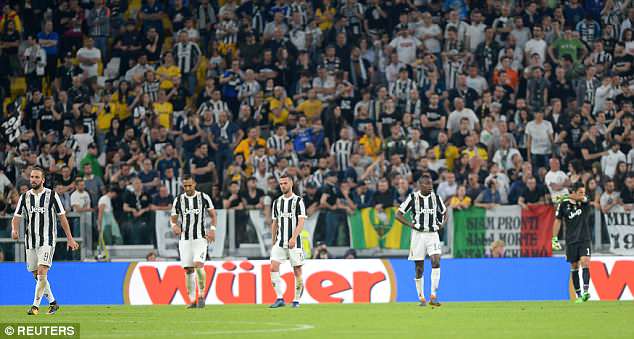 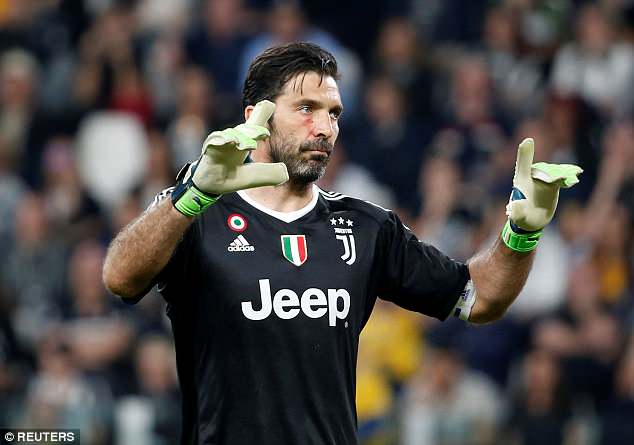 ‘It’s important for us to have you here,’ Buffon, who has denied reports of a post-match bust-up with centre back Medhi Benatia, told supporters, according to Corriere della Sera.

‘You were right to come here. If we are stuck in this situation, it’s because we did something wrong. We want you to be proud of us, until the end.

‘We didn’t stop to greet you against Napoli because we were too angry, we went to talk with our opponents because it is our habit to do so, win or lose.

‘We didn’t stop close to the “Curva” because we were very disappointed and we didn’t realise.’

The likes of midfielder Claudio Marchisio and forward Paulo Dybala are also said to have spoken with fans, who showed their support with banners, smoke bombs and chants.

Juventus, held to a draw by struggling Crotone before that loss to Napoli, will attempt to address their recent blip in form on Saturday evening when they travel to face Inter Milan at the San Siro.

Napoli, meanwhile, will be eager to take advantage of any further slip-up from Massimiliano Allegri’s side – winners of each of the last six Serie A championships – as they battle Fiorentina in Florence. They are without a domestic title for 28 years.