Hundreds of people traveled to the small northern Michigan town of Petoskey on Saturday just for the chance of catching a glimpse of a rare sight that hasn’t been seen in four years – a life-sized statue of Jesus Christ on the cross that sits at the bottom of Little Traverse Bay, which rests on Lake Michigan.

Severe weather has prevented anyone from seeing the 11-ft., 1,850 lb. religious symbol made of marble since 2015, when a record-sized crowd of 2,021 people stood in line for hours in frigid temperatures to see it.

There was no guarantee weather-contingent workers would allow visitors to see the cross this year, but this time, their prayers were answered.

The colossal crucifix features a 5’5″ sculpture of Christ on the cross. It is believed to be the only statue of its kind in the world that is submerged in freshwater.

Lake Michigan is currently frozen and local workers had to cut a hole through the ice on Saturday so that an estimated 1,200 sightseers could see the giant Jesus submerged under the water.

The sculpture is located about 1,200 feet from the shore at the bottom of the bay, which has a maximum depth of 151 feet.

The story of how the statue got there is as fascinating and tragic as the spectacle itself.

According to Inside Edition, the crucifix was made in Italy, commissioned by the family of a 15-year-old boy who died in a farm accident near Bad Axe, Michigan in 1956. 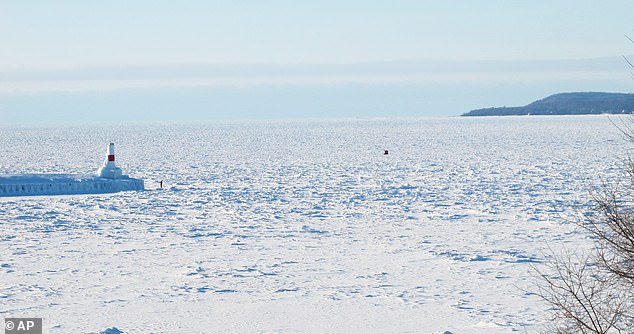 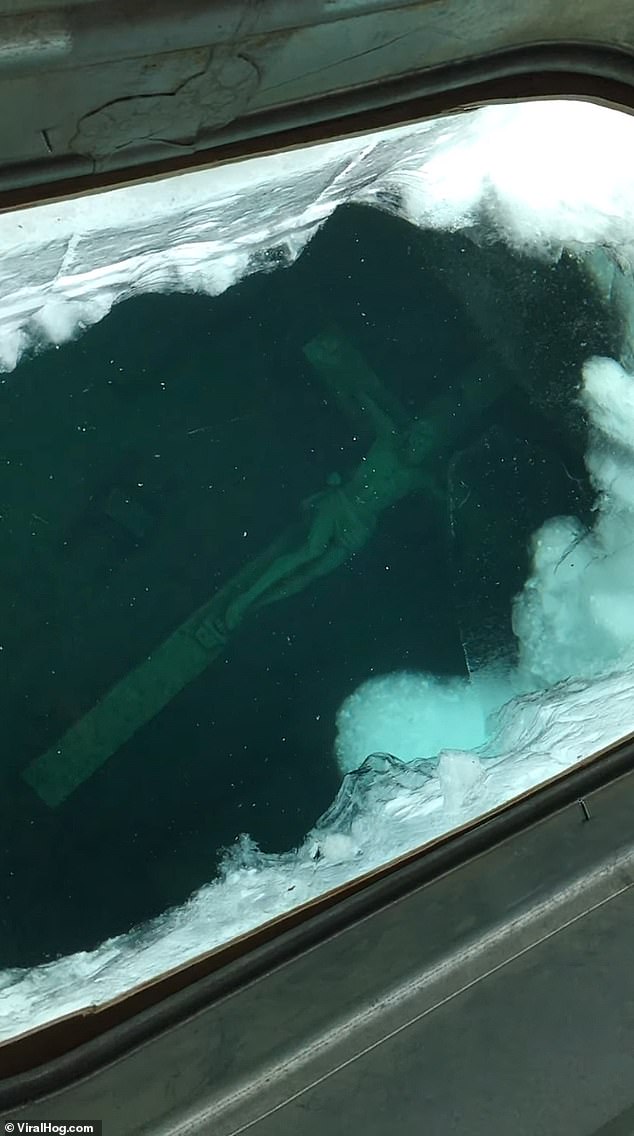 But the unnamed family received word that the statue had been damaged and demanded a new one.

The one they discarded was later purchased by a local diving club member, who had it placed at the bottom of Lake Michigan in remembrance of a diver who drowned in nearby Torch Lake, Michigan.

Since then, the statue has become a shrine to honor those who have died on the water. The first public viewing of the idol was took place in 1986.