The sculptures show a foetus growing in the womb and culminate with a 46ft naked baby just after birth.

The monumental work is the centrepiece of an impressive modern art collection at the Sidra Medicine Hospital, which officially opened this week in Doha.

‘We believe it reflects very much the mission of Sidra, taking care of the healthcare of woman and babies,’ said Layla Ibrahim Bacha, art specialist with the government-supported Qatar Foundation, which owns most of the artwork.

‘I think it’s perfect for the location, as you can see a lot of people are taking pictures, I think its becoming iconic.’

Bacha said earlier this month that the foundation is not expecting everyone to ‘like’ or ‘understand’ the sculptures.

The sculptures were originally unveiled in October 2013 but then covered from public view until recent weeks.

The official reason was to protect them from ongoing building work on the hospital, but they were concealed after a social media outcry. 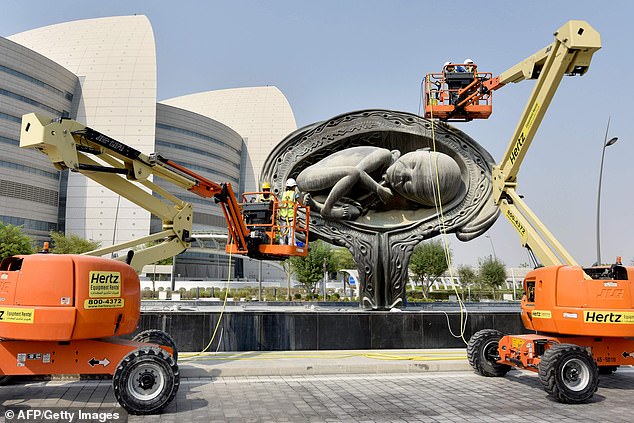 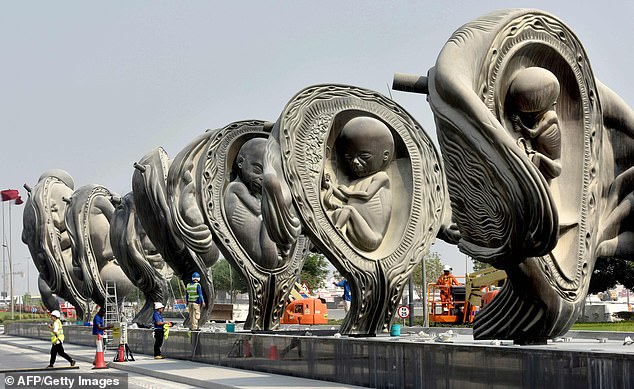 Among the 65 works at the speciality facility for children’s and women’s health are pieces by high-profile international names and artists from across the Arab world, including Qatar.

A fourth-floor outpatient clinic is decorated with a neon installation entitled ‘I Listen To The Ocean And All I Hear Is You’ by Tracey Emin, one of Hirst’s ground-breaking contemporaries from Britain.

Bacha says the art was chosen with ‘very specific themes’ in mind.

‘They are not meant to be decorative, they are meant to be more creating debates, helping with the patient to keep calm,’ she said. 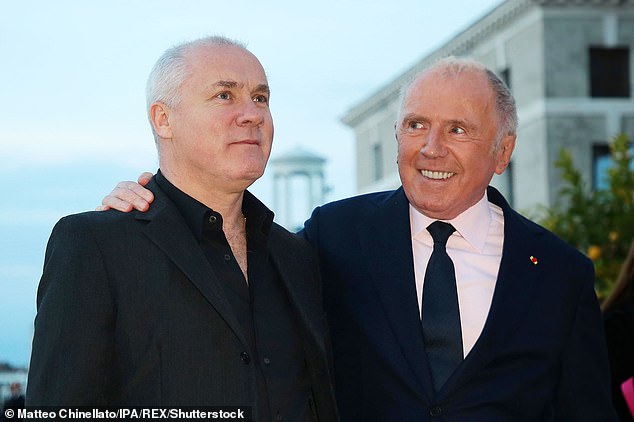 The Hirst sculptures are the centrepiece of an impressive modern art collection. Pictured is Damien Hirst (left) and Francois Pinault

Syrian artist, Jaber al-Azmeh, whose pictures hang in the hospital, told AFP that it makes him ‘smile’ to imagine his photographs on display in a place where new lives are starting.

Energy-rich Qatar has become a major buyer of contemporary art.

It is seeking to portray itself as one of the most progressive states in the region against the backdrop of a bitter standoff with Gulf rivals led by Saudi Arabia.

But that does not mean there has not been some controversy over the Damien Hirst works towering outside the hospital.