Owl get you next time! Moment bird of prey swoops on tiny chipmunk hoping for a snack… only to be left with empty talons

A chipmunk almost ended up as a light snack when it emerged from its burrow only to be swooped on by a giant owl.

Footage reveals the four-and-a-half ounce animal dashing for cover through snow drifts as the bird of prey glides in with its talons outstretched. 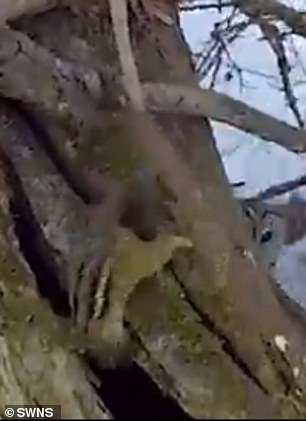 This is the moment an owl swoops on an eastern chipmunk in Ontario, Canada, sending it running for cover in a rotten tree 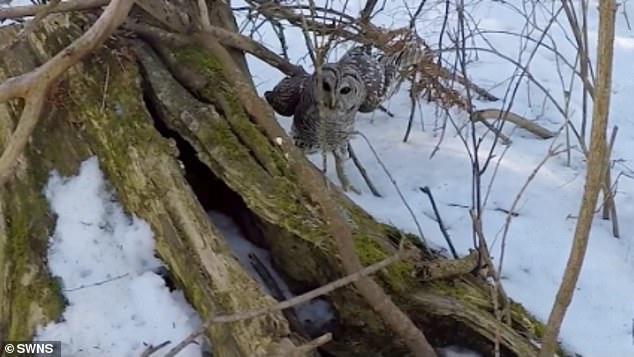 The clip begins with the owl dive-bombing the chipmunk as it sits next to a rotten tree trunk.

But it spots the danger just in time, and leaps to safety.

In a second scene the owl swoops low on the chipmunk as it wanders through a snowdrift, missing the mammal by inches.

It then gives chase, skidding over the snow with its talons outstretched, but the chipmunk manages to hop out of the way.

Mr Biskaborn, who took the footage, said: ‘The actual duration of the hunt was over an hour. In the majority of that time, the owl patiently waited on a nearby tree while the chipmunk squeaked from its hiding spot. As soon as the chipmunk got the courage to emerge and make a run for it, the owl would swoop again. 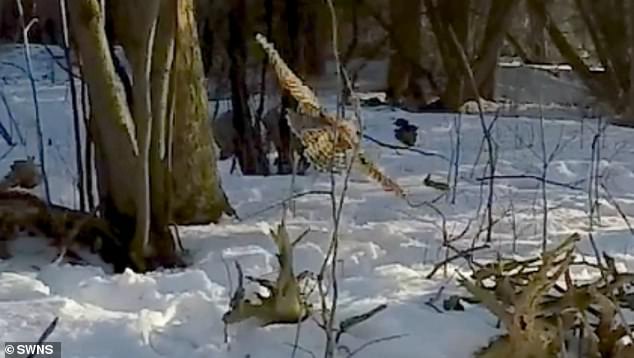 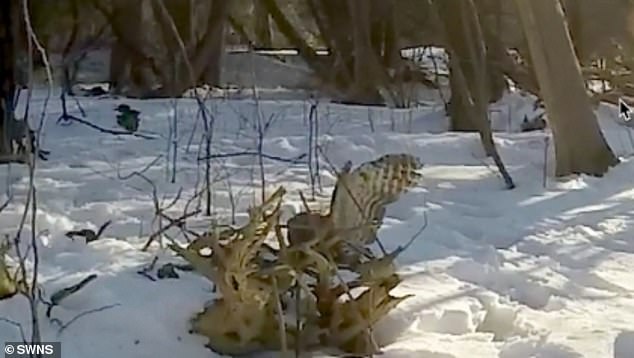 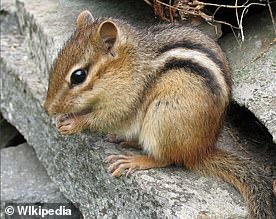 Length: Up to 11 inches from tip to toe

Lifespan: Normally less than a year, but can live for up to five years

Does it hibernate?: Yes. During winter they sleep for weeks at a time, occasionally waking up to munch on nuts stored in their burrows

‘Both the owl and the chipmunk are wild and were not baited. The owl was not disturbed by the presence of myself or the camera and continued hunting.

‘The chipmunk was presumably trying to return to the safety of its underground home, but with the patience and persistence of the owl, it was continually flushed out of its hiding spot and forced to quickly find another.

‘The chase sequences happened incredibly fast in the moment. Only when the video is slowed down, can you truly appreciate the intensity of the pursuit with each animal performing lightning fast maneuvers while avoiding obstacles.

‘In one segment, the owl actually slides across the surface of the snow, like a fast-moving ice skater trying to stop quickly, in reaction to one of the quick turns by chipmunk.

‘I always maintain my distance while photographing wildlife and never bait any animal.

‘I started filming this owl and chipmunk from a respectful distance. During two of the sequences, the animals unpredictably and rapidly approached my position at which point I quickly backed off.’