A trendy Italian eatery frequented by social media models, influencers and reality TV stars has been fined $204,000 for underpaying its most vulnerable staff.

Gilson on South Yarra was last week ordered to pay the mammoth fine – in the midst of a fourth statewide Covid lockdown – following a 11-month Fair Work investigation.

The chic Italian restaurant, which is a mainstay on the Instagram pages of Melbourne’s social media set, underpaid vulnerable international visa holders by a sum of $53,850 in six months from December 2017 to July 2018.

In total, 40 employees were underpaid during the period, and more than half were visa holders from non-English speaking countries, including France, Brazil, Chile and Nepal. 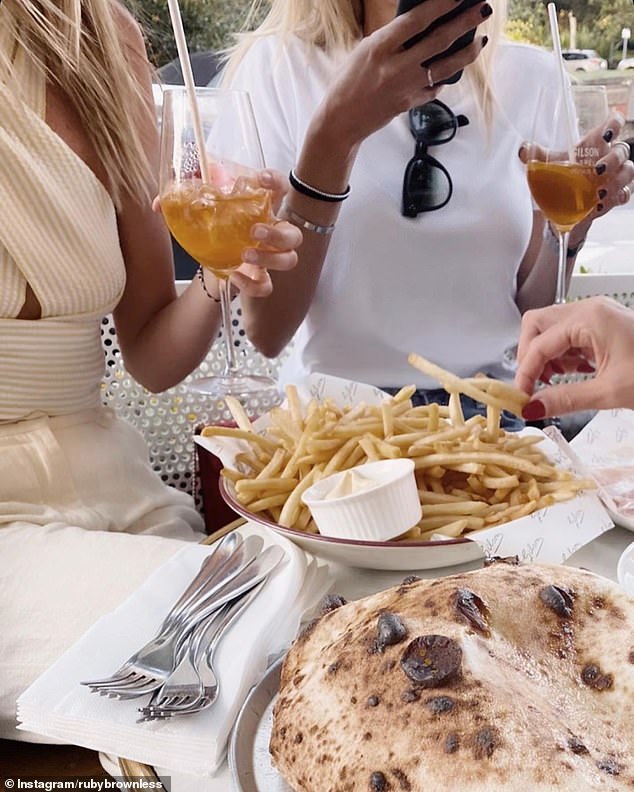 Ruby Brownless, the daughter of AFL legend Billy Brownless, also frequents the restaurant, uploading this picture at the trendy spot earlier this year and revealing she could ‘eat this every day’

Fourteen staff were under 25 when they were employed, and Federal Circuit Court judge Philip Burchardt said they represented a particularly vulnerable portion of the community.

Judge Burchardt said restaurateur James McBride was ‘at the very least, wilfully blind’ to ‘his breaches of the award obligations… if not deliberate’.

The court heard staff were paid as little as $18 per hour and management failed to offer proper meal breaks during work hours.

McBride was personally fined $34,020 while his company Domain Botanical Business copped a $170,100 penalty.

The fines will be sorely felt after 15 months of uncertainty for the Melbourne hospitality industry due to repeated Covid lockdowns. 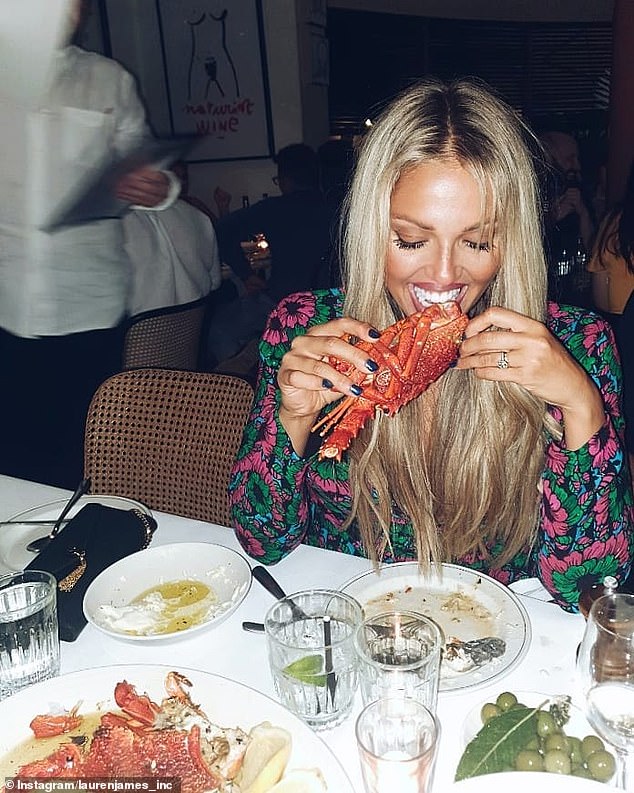 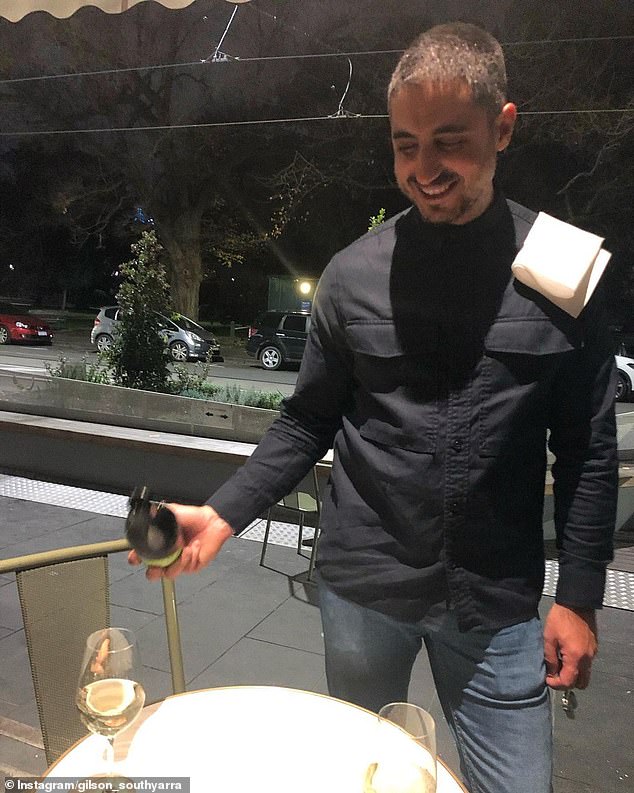 Judge Burchardt said restaurateur James McBride (pictured) was ‘at the very least, wilfully blind’ to ‘his breaches of the award obligations… if not deliberate’

In order to stay afloat Gilson crafted a take away menu and in-house delivery service to avoid closing their doors all together during stage four restrictions.

At the time, Mr McBride said he was ‘devastated to say the least’ with the requirements and begged customers to ‘bare with us’ as staff worked round the clock to get the new systems up and running.

The trendy dining spot, which charges $11 for a side of fries, attracted Melbourne’s influencer crowd who regularly upload photos of their aesthetic meals and brunch attire.

Anna McEvoy, the 2019 Love Island Australia winner, was last pictured at the restaurant in March, while Adidas ambassador Britt Cutts was spotted dining in January. 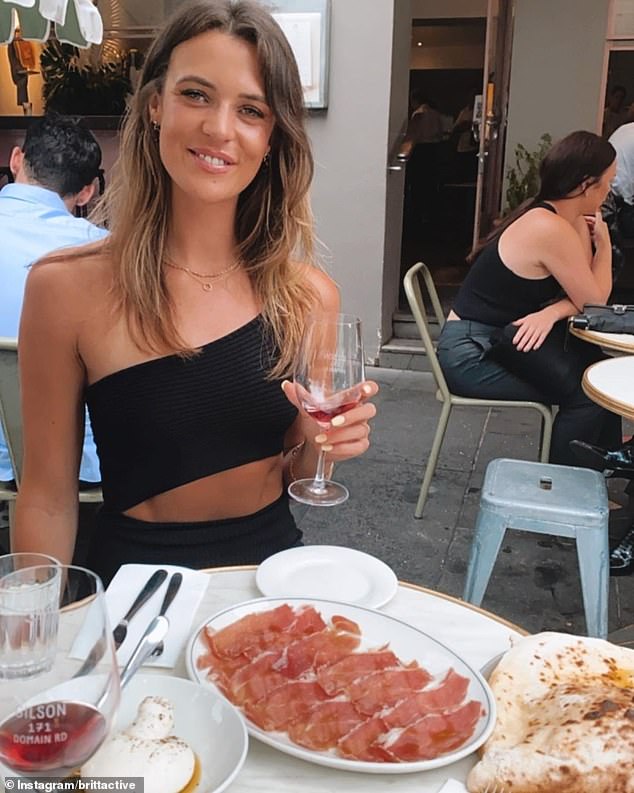 Adidas trainer and PT Brittney Cutts is another social media personality who dines at the venue. Pictured in January 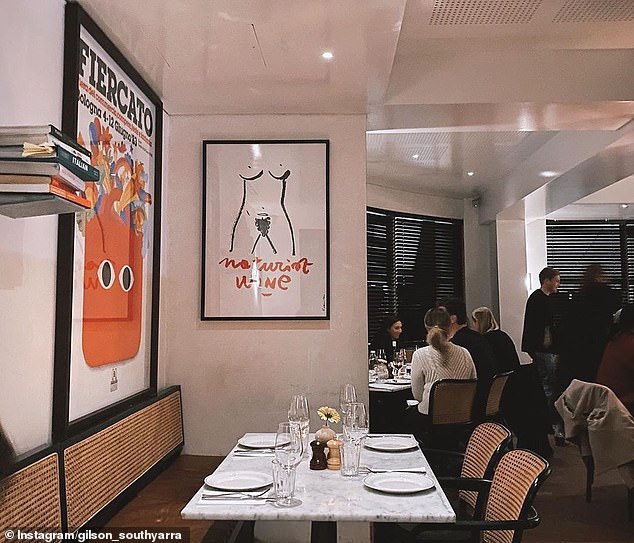 Ruby Brownless, the daughter of AFL legend Billy Brownless, in January shared photos dining with friends and said she could ‘eat this every day’.

The Fair Work Ombudsman notified Mr McBride of the serious breaches in July 2020 after auditing the restaurant, and the company quickly rectified the underpayments.

But Judge Burchardt said the failure to pay certain employees correctly was heightened by the ‘disadvantaged nature of the employees’ in particular when handing down his decision.

Fair Work Ombudsman spokeswoman Sandra Parker said after the proceedings that the exploitation of any worker would never be tolerated.

‘All workers in Australia have the same rights, regardless of citizenship or visa status,’ she said. 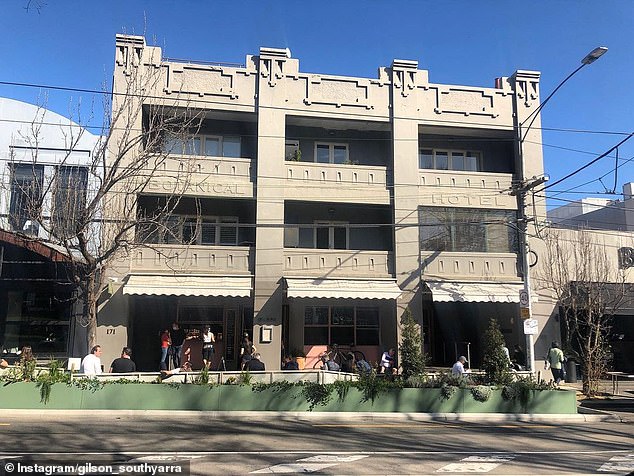