Ms Rinehart, estimated to be Australia’s richest person with a $34billion mining-based fortune, says the lives of pensioners and low-income families will be put at risk by high power prices, as is happening in Europe during winter.

Speaking at National Mining Day celebrations on Hayman Island, Ms Rinehart warned of the dangers of caving in to ‘green schemes’ and claimed they would have real effects on vulnerable people 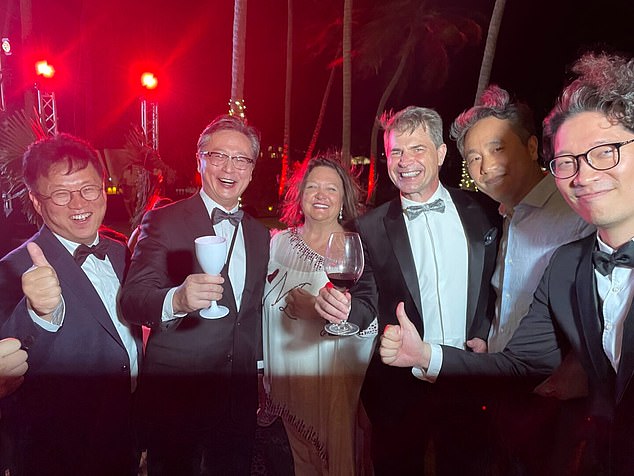 Labour pledged to cut electricity bills by $275 a year but its October budget revealed power costs are likely to soar by 56 per cent over the next two years.

At the same time the Albanese government committed almost $25billiion to ‘clean energy spending’ in the budget.

Dressed in a pink hard hat while speaking at National Mining Day celebrations on Hayman Island, Ms Rinehart warned of the dangers of caving in to ‘green schemes’, claiming they would have real effects on vulnerable people.

‘High-cost electricity means our pensioners and others on low incomes will be forced to choose between ‘heat or eat’, just like Europe is heading to this northern winter with its foolish green-led policies,’ Ms Rinehart said.

She asked how people could ‘silently stand by’ while taxpayer money goes to green schemes, the AFR reported. 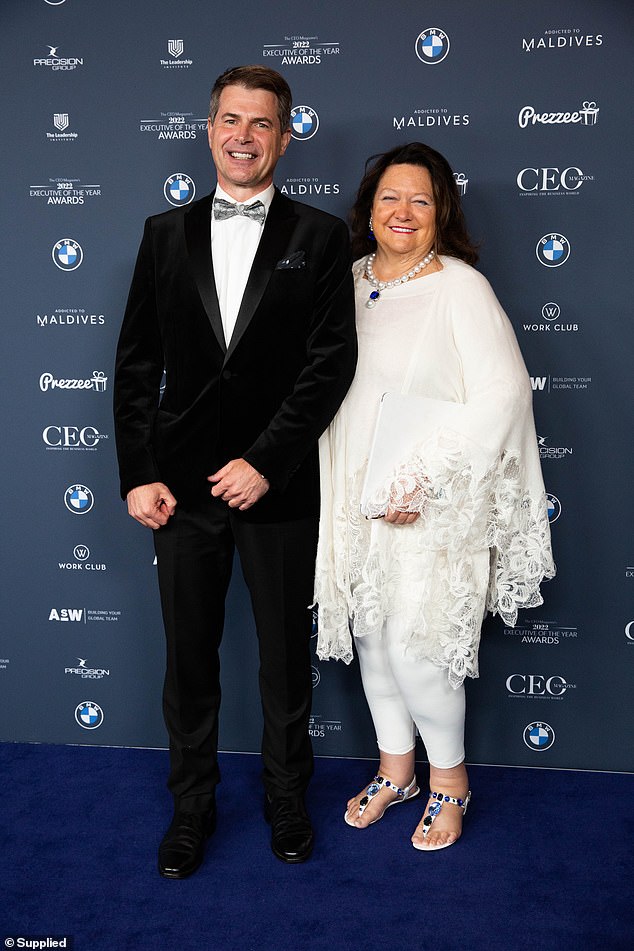 She did not clarify which taxpayer-funded ‘green schemes’ she was referring to.

‘The cheapest form of new energy in this country is renewables,’ Anthony Albanese said when asked about the decisions.

Ms Rinehart also claimed ‘even the poorer people’ could have better futures if ‘greenies and fellow travellers’ understood what their demands lead to.

Ms Rinehart told the mining audience that in a partnership with Korean steelmaker POSCO she would be boosting gas production in Queensland.

She also took aim at mooted industrial relations changes, including multi-employer bargaining arrangements in Australia, saying they could damage the mining industry.

Increases in the price of power have been widely linked to supply chain issues as a direct result of the Russian invasion of Ukraine. 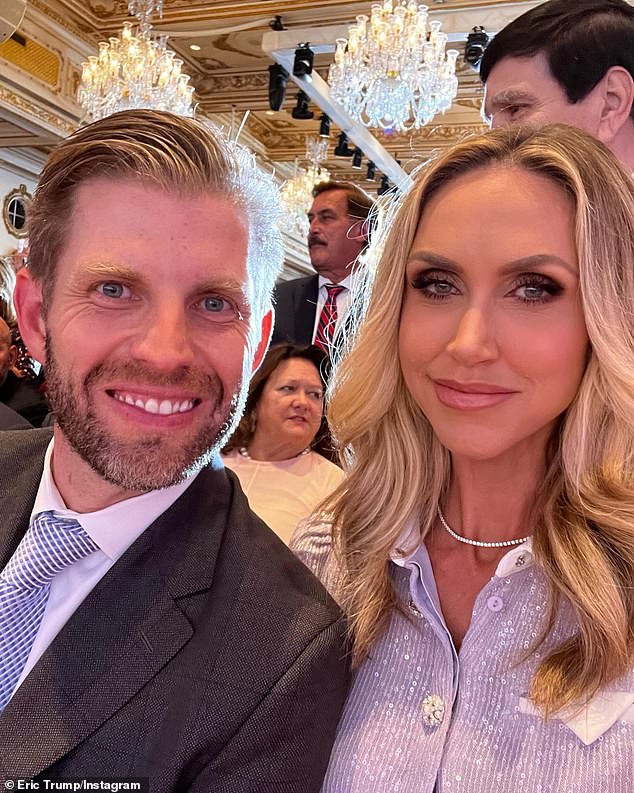 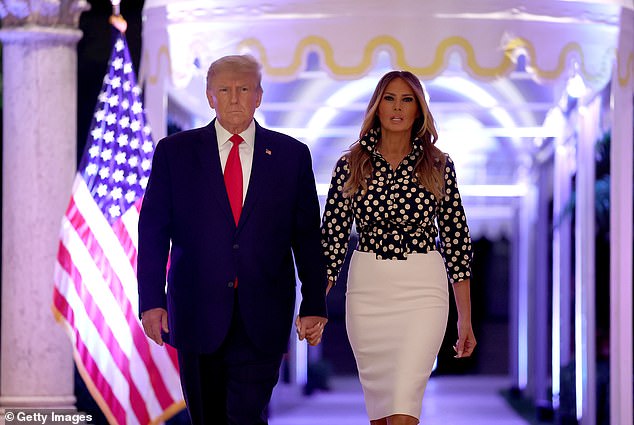 The mining magnate has recently been revealed to be among an inner circle of powerful Donald Trump supporters, as the former US president announced he is running for the White House again in 2023.

Australia’s richest woman can be seen in the background of a photo taken of Mr Trump’s son Eric as he poses with wife Lara at the family’s Mar-a-Lago resort in Florida.

The photo was posted on Instagram with Ms Rinehart spied in the gap between the posing couple watching proceedings with interest.

She has been an outspoken admirer of Mr Trump and urged the Australian government to adopt the same economic policies that saw him win the 2016 presidential election against Democrat Hillary Clinton. 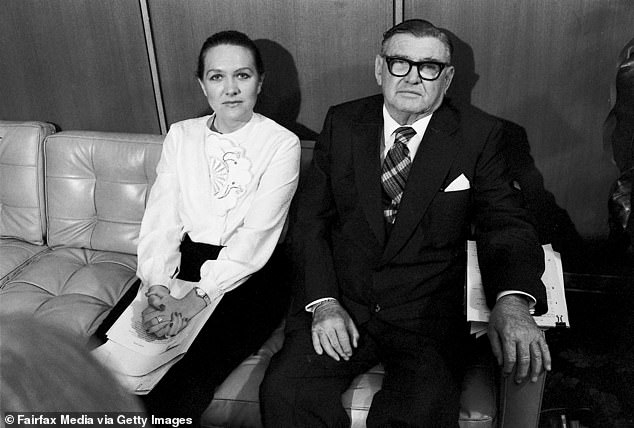 Ms Rinehart has criticised US media coverage of Mr Trump calling out it unrelentingly ‘negative coverage’ and accusing outlets of also unfairly targeting his family, such as his wife Melania.

Ms Rinehart recently attracted headlines for ripping up a $15million deal to sponsor Australia’s national netball team the Diamonds after a row blew up over comments made by her father Lang Hancock, who founded Hancock Prospecting. 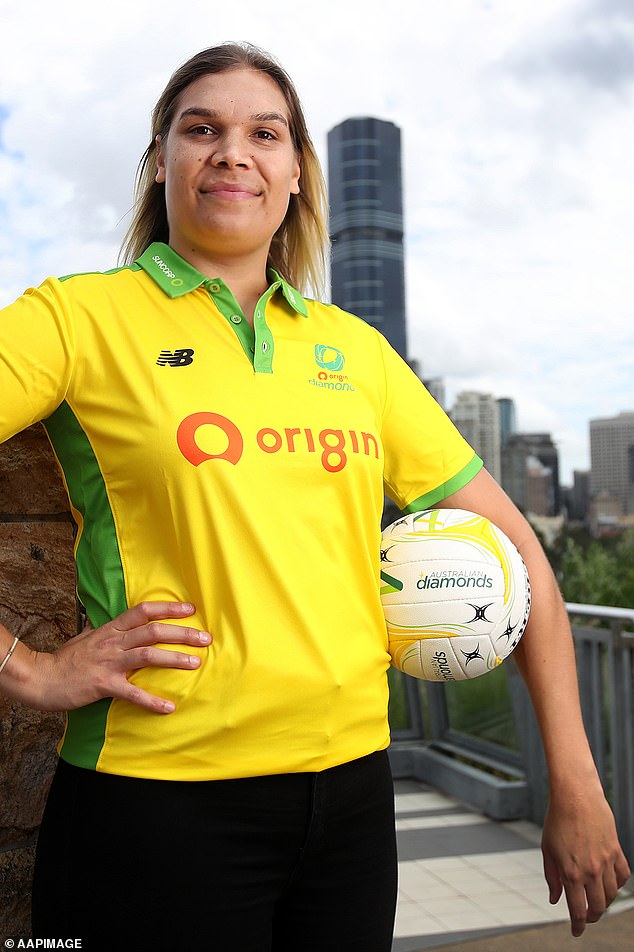 ‘The ones that are no good to themselves and can’t accept things, the half-castes -and this is where most of the trouble comes,’ he said in a TV documentary.

‘I would dope the water up so that they were sterile and would breed themselves out in future and that would solve the problem.’

The move sparked a furious response from Ms Rinehart who unloaded on Netball Australia for ‘virtue-signalling’ over her desperately-needed cash injection.

The $15million contract was set to be a lifeline for the organisation, which has lost $7million in the past two years as Super Netball costs ballooned.