Giraffe in Congo is saved and freed from metal wire

This is the dramatic moment a team of rescuers had to cut metal wire from around the neck of a giraffe in the Democratic Republic of Congo, saving the animal’s life.

It is not known how the giraffe had gotten the wire strung around its neck while grazing on a private game reserve Lubumbashi, Democratic Republic of Congo.

Footage shows a team of rescuers tackling the giant beast to the ground after it had been shot by a tranquillizer  dart.

Poor beast: A rescue team helps a giraffe which had managed to get wire wrapped around its neck which was causing pain and restricting its breathing in Lubumbashi in the Democratic Republic of Congo

After being checked over by the team, the giraffe can then be seen leaving the rescuers grips and happily moving into the distance.

The footage showing the moment the giraffe was freed from the wire was captured by Neil Parsons, who led the rescue team.

Mr Parsons said: ‘It had wire wrapped around its neck which was constricting but hadn’t cut into the flesh yet, if it was left longer it probably would have cut into the neck and eventually killed the giraffe.

‘Giraffes are one of the harder species to catch. They are easy to dart but to get them down without dying is a challenge. The whole process took around 15 minutes. 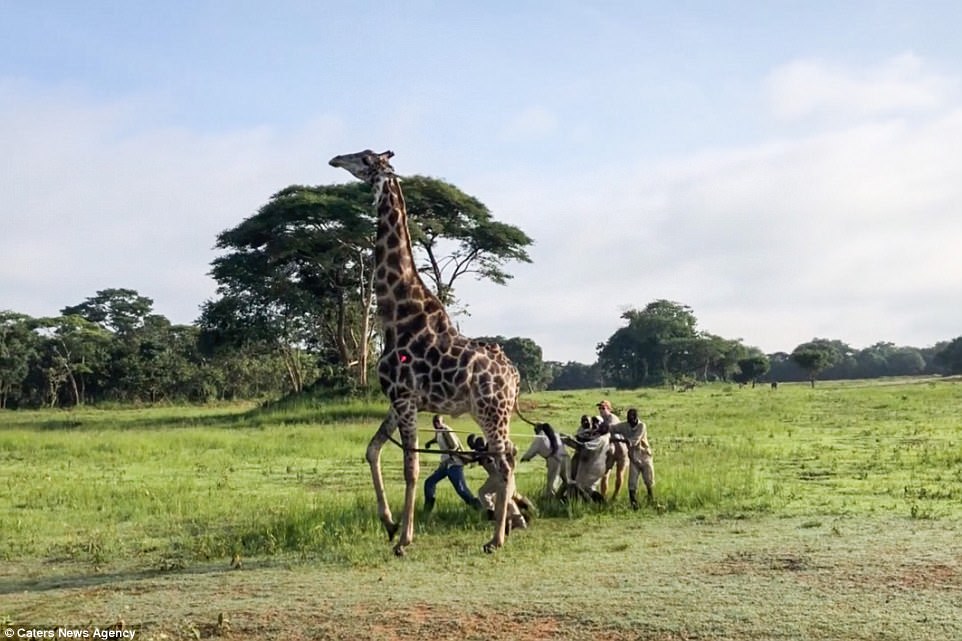 Going down: The giraffe is seen with a sedation dart in its left front leg as the rescue team move in to help it 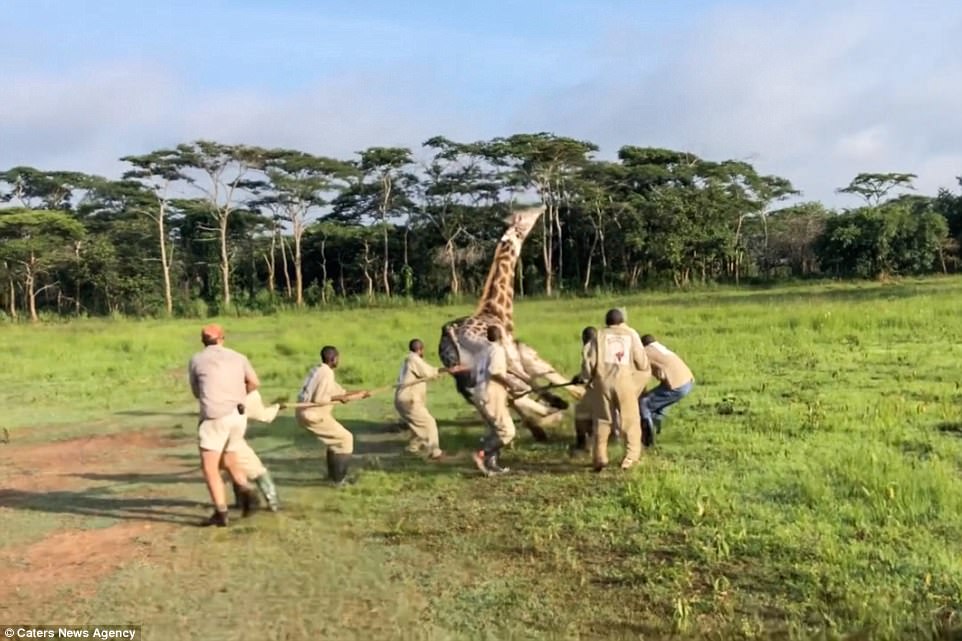 Timber: The huge mammal falls to the ground with the help of the rescue team

‘The giraffe is now fine, he had joined up with his females before we left the farm.

‘Initially I was a bit skeptical about doing the capture with a bunch of guys who had never done any sort of capture before.

‘None of them could speak English either so communication was a challenge.

‘It was a huge relief when we had the bull in hand and he was breathing normally!’ 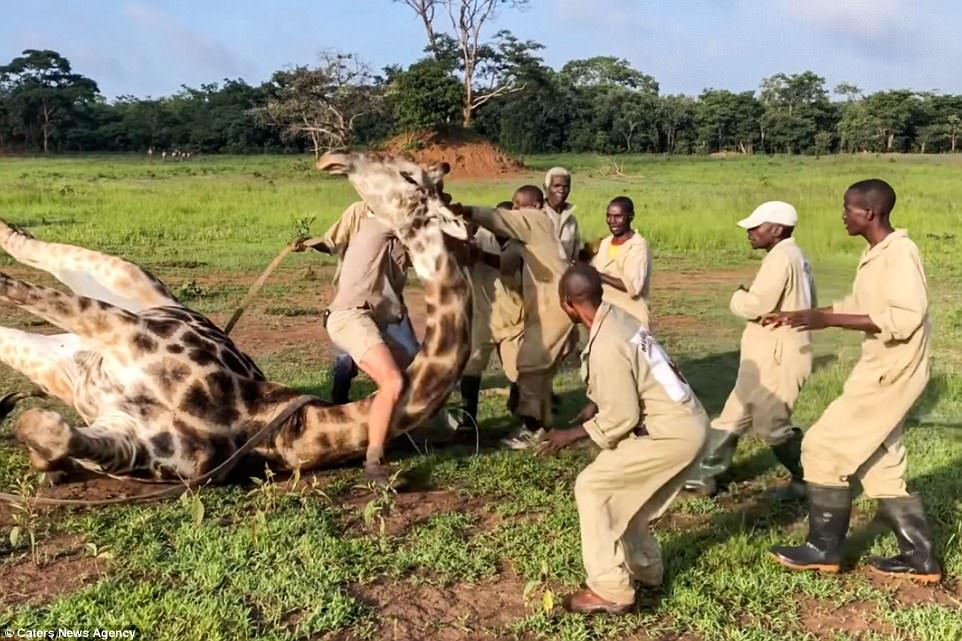 Team effort: It took more than half-a-dozen men to get the giraffe down on the ground safely 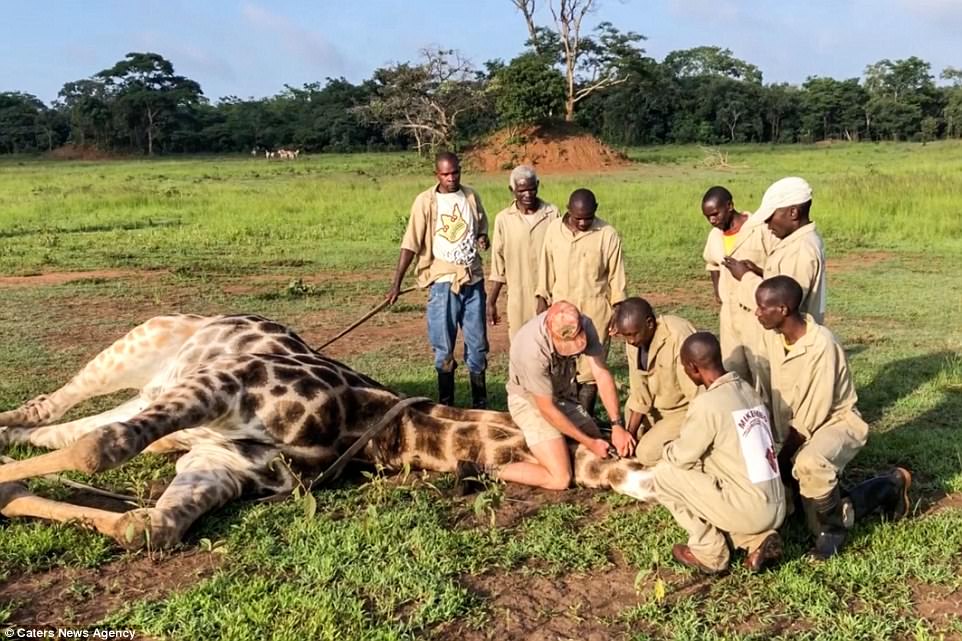 Set free: Once the giraffe had been sedated, the team could step in and carefully cut away the wire around its neck

In Kenya, another dramatic giraffe rescue took place after one of  the large mammals had got stuck in mud, in the Lamu District, on Northern coast.

Rescuers from the Lamu Conservation Trust anti-poaching team and the Kenya Wildlife Service were called in to free the giraffe.

It took the team three hours to rescue the giraffe with the help of a tractor. 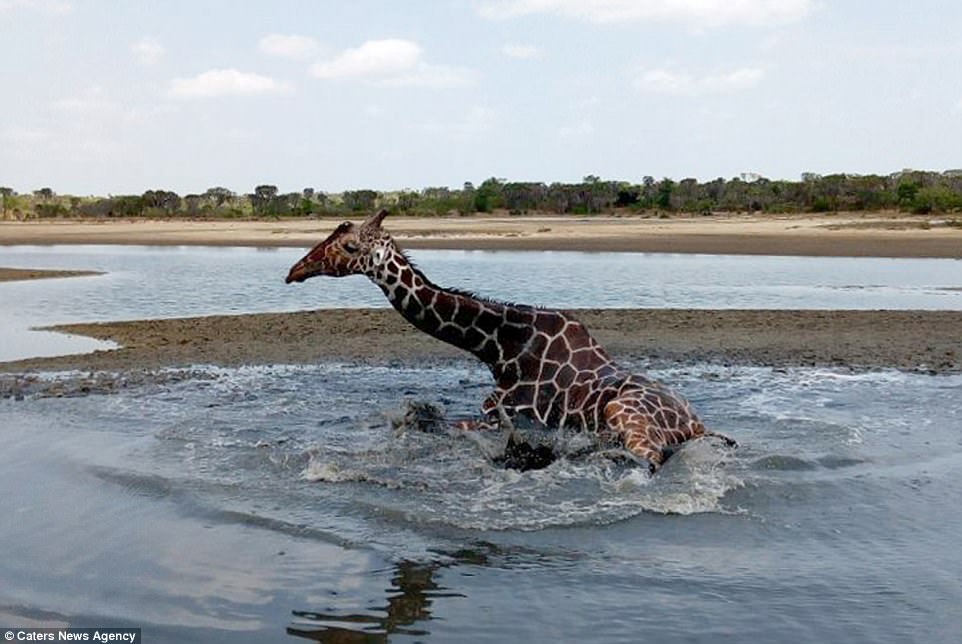 Another one: A giraffe is seen stuck in mud at a ranch, in the Lamu District, on Northern coast of Kenya 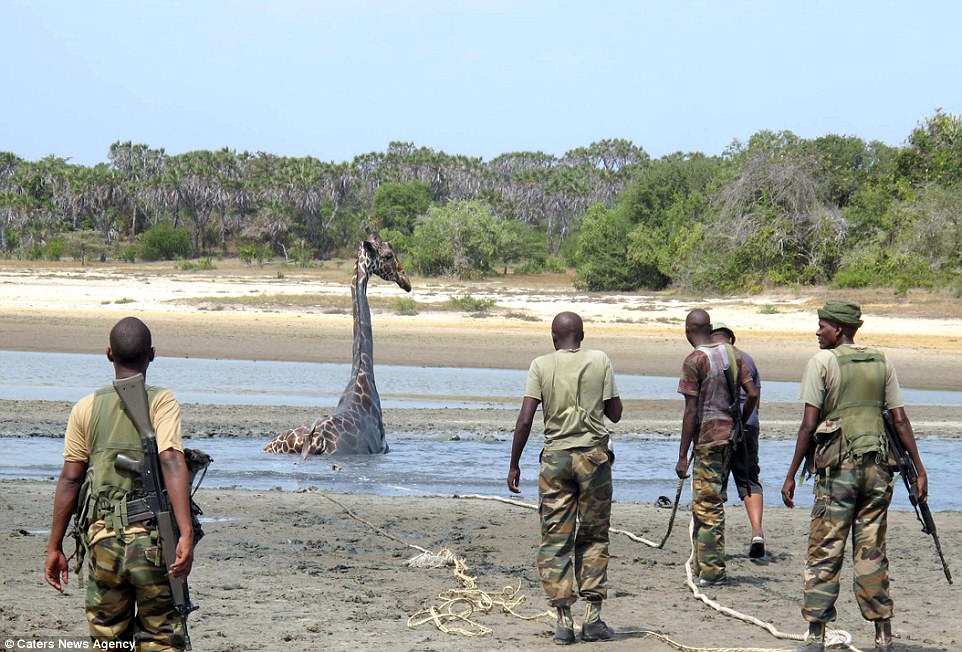 Mission: Conservation activists desperately try to help the giraffe, and can be seen after tying ropes around its body 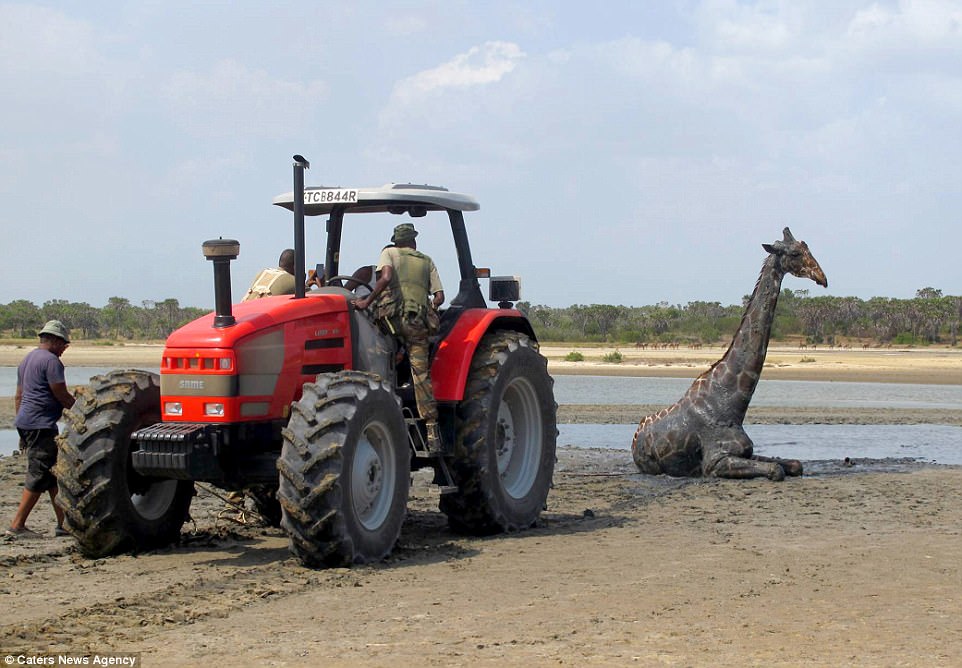 Man and machine: The rescue team used a tractor to drag the animal out of the mud 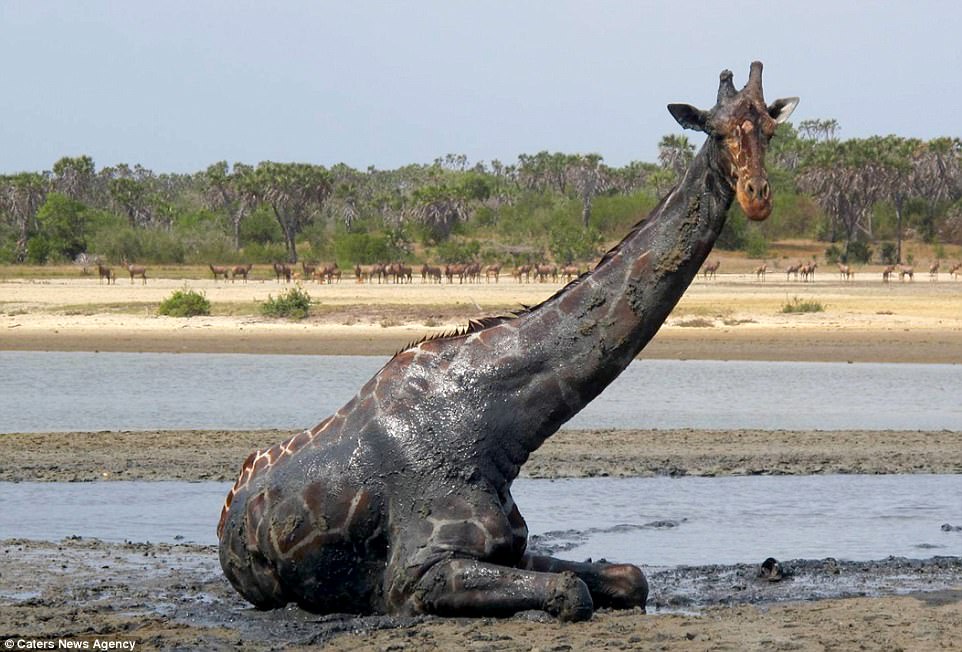 All safe: The giraffe was seen taking a moment to compose itself once it was safe on dry land again