Girl, 12, crashes car and kills a man, 46, and his dog after her ‘father let her practice driving’

Twelve-year-old driver crashes car and kills a man, 47, and his dog after her ‘father let her get behind the wheel for practice’

Tomas Mejia Tol, 42, allegedly was allowing his daughter to drive a black Ford Explorer when the incident happened on Thursday

A 12-year-old girl crashed and killed a man and his dog after her father let her get behind the wheel for practice.

Tomas Mejia Tol, 42, of Houston, Texas, has been charged with criminally negligent homicide and endangering a child.

It happened at around 4pm Thursday when he allegedly let his daughter drive around the Beverly Hill apartment complex in Fountain view.

Neighbors told ABC 13 that Enrique Vazquez, 47, was walking his three dogs when he was killed by the black Ford Explorer.

Houston Police claim that the girl put too much pressure on the gas sending it flying into Vazquez, his dog and then a tree, KHOU11 reported.

Police arrested the girl’s father and added that there was also a two-year-old inside the vehicle who could have been harmed. Despite being strapped into the correct seating for her age, it was condemned as extremely dangerous by officials 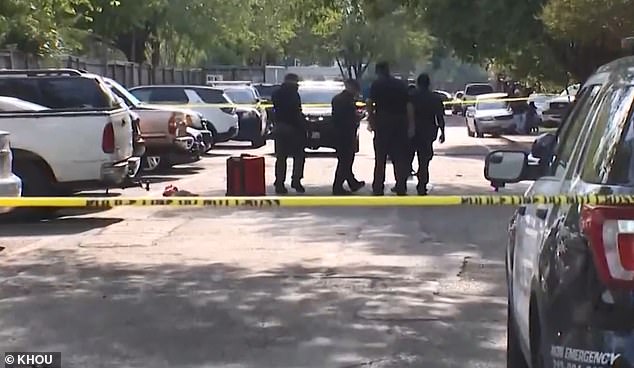 Police arrived on the scene (above) after the incident at around 4pm on Thursday in Fountain View, Texas 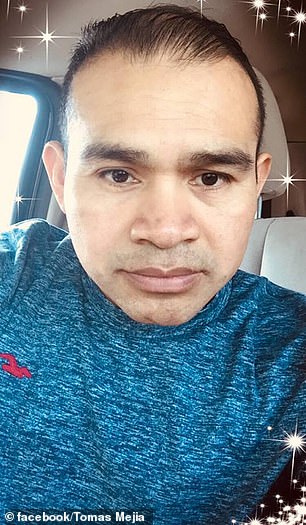 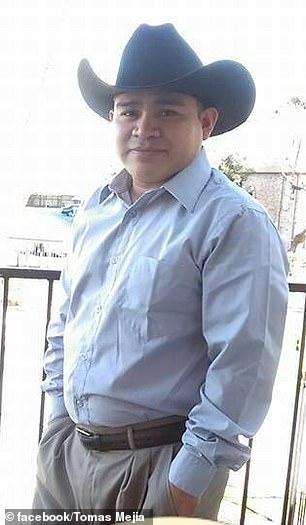 The father (above) has been charged with negligent homicide and endangering a child. The latter charge referred to the two-year-old in the back of the vehicle

When being questioned, Mejia told officers that he was driving the vehicle, which would later be disproved by witness accounts and video footage.

The 12-year-old, who remains unnamed, allegedly confessed to officers that Tol had let her drive so that she could practice.

The daughter is now at home with her family according the ABC.

Sean Teare of Harris County District Attorney’s Office told KHOU: ‘Every time you turn the wheel, or you turn the key on a car, you are strapping on a deadly weapon.’

He advised that young children should not be allowed to drive in a ‘populated place’ where residents and families are nearby.

Teare said: ‘If you’re going to teach a young person how to drive, go to an empty parking lot.

‘Go somewhere where you’re not going to have the potential for taking someone’s life.’ 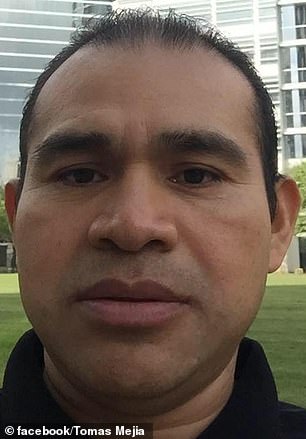 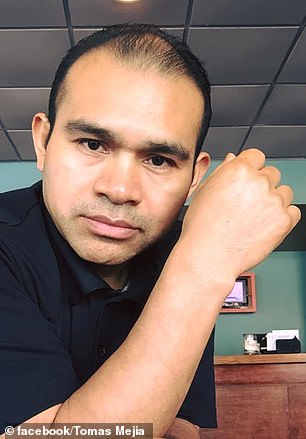 Tol (above) allegedly was allowing his daughter, 12, to practice driving when she slipped on the gas and struck into Enrique Vazquez, 47, killing him and one of his dogs. 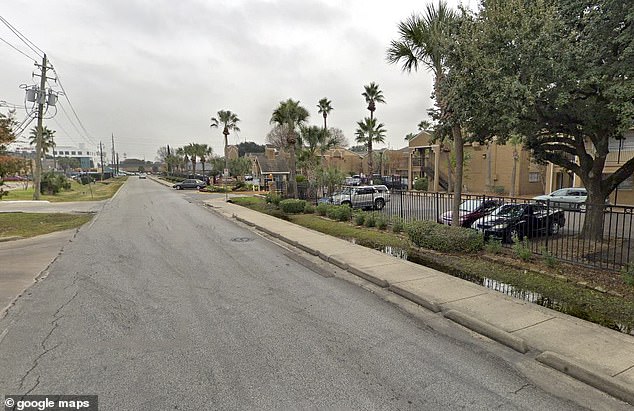 Vasquez’s brother Fernando told ABC that he believes the fault and responsibility lies on the father, ‘There is a slot of pain in my heart.’

After the incident on 6061 Beverly Hill Street in Fountain View, witnesses claimed to see officers giving the girl a field sobriety test.

One woman told ABC: ‘They did her like she was drunk. We were wondering why they would do that test on her if she’s just like a teenager. She’s not supposed to be drunk or anything.’

Another neighbor added: ‘I mean, for me, I would never allow my children behind the wheel of the car, especially not at that age.

‘Very tragic for the gentleman and his dog to be hit and killed.’