Girl, 12, is lucky to be alive after contracting ‘flesh-eating’ bacteria

A 12-year-old girl who complained of muscle aches in her leg after a day at the beach was diagnosed with flesh-eating bacteria, a life-threatening infection that carries slim odds of survival.

Kylei Brown, of Indiana, was on vacation in Florida with her family when she started to feel pain in her calf.

It persisted, and by the time they got home, her leg was swollen and she had a fever.

Her mom, Michelle, took her to the doctor, who said this was an emergency situation, fearing a blood clot.

‘When they told me we needed to go home and pack bags and get to Riley, my anxiety went from 0 to 110,’ Brown told Fox 59. ‘I knew something was wrong.’

In the ER, they were dealt the horrifying news that this could be far worse than a blood clot: Kylei had contracted necrotizing fasciitis, a type of bacteria that eats away at flesh and muscles with such speed that only 10 percent of sufferers survive, and many require multiple amputations.

Kylei was lucky: she endured numerous surgeries, and now has a gaping gash on her leg, but she is alive and recovering without amputations.

Kylei Brown, pictured with her mom Michelle, contracted life-threatening bacteria on a beach in Florida during a vacation 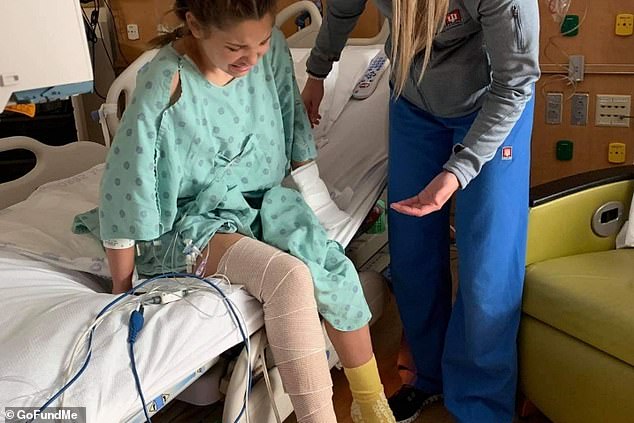 ‘Necrotizing’ refers to something that causes body tissue to die, and the infection can destroy skin, muscles and fat.

It is common for those symptoms to masquerade as something innucuous, though, as it seemed for Kylei.

But once the rash started, it moved quickly.

She developed a red line, running from her leg upwards.

Once she arrived at the ER, her heart rate was sky-high and everything else was erratic.

It took hours to stabilize her as they performed scans which revealed the bacteria was racing up her thigh.

Then, doctors started their chase to find, remove and stop the infection. 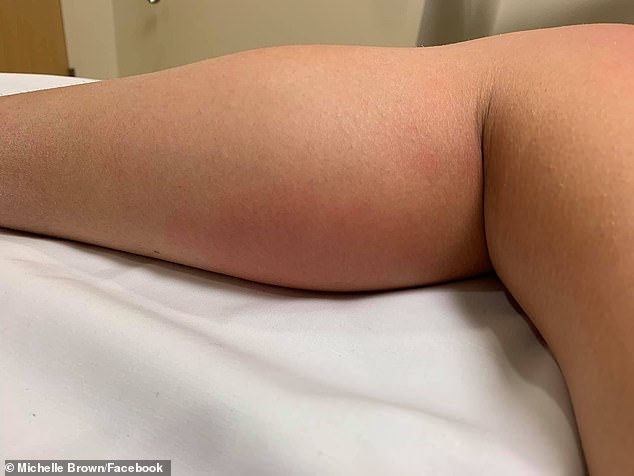 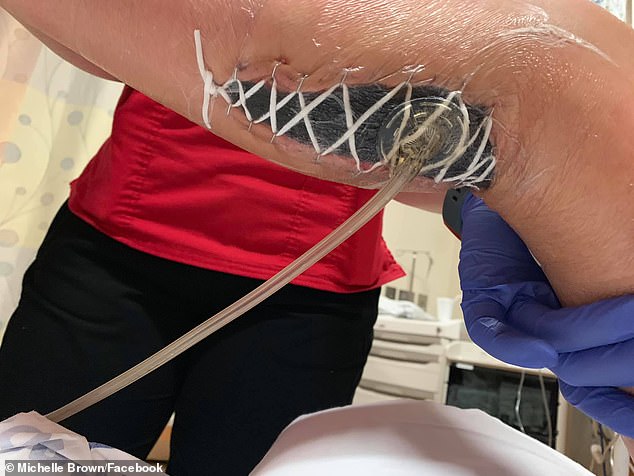 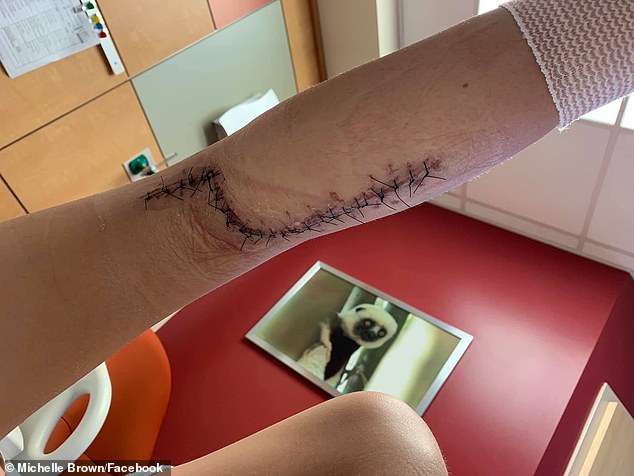 Kylei was left with a huge scar on her leg, but her mom is just happy she’s alive 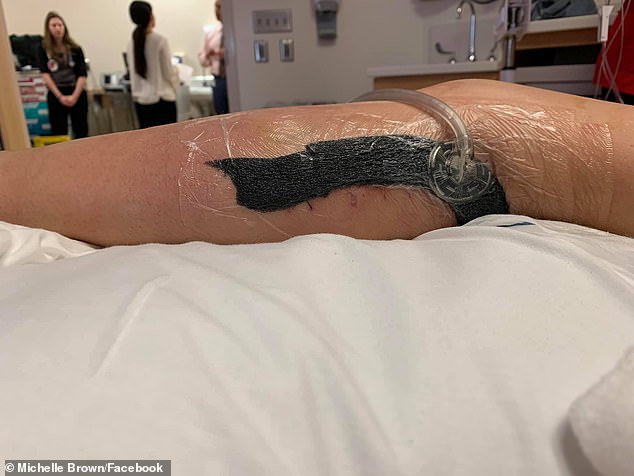 The frantic ordeal went on for a week – in and out of surgery, hooked up to an IV and machines, and dealt Hail Mary antibiotics

First, they pulled out what they could using a needle behind her knee.

Then she went in for her first surgery to cut as much of it out as possible from her muscle lining.

After that surgery, they explained the gravity of the situation to Michelle.

‘We learned Kylei had a very serious infection and the surgery to remove the infection was to try to save her leg, but most importantly her life,’ Michelle said in a Facebook post.

As she digested that information, doctors suddenly announced Kylei had developed septic shock.

The frantic ordeal went on for a week – in and out of surgery, hooked up to an IV and machines, and dealt Hail Mary antibiotics.

Writing on Facebook, Michelle said: ‘I am just so thankful for the many prayers, the quick response and efforts of her medical teams and the aggressive treatment she has received. 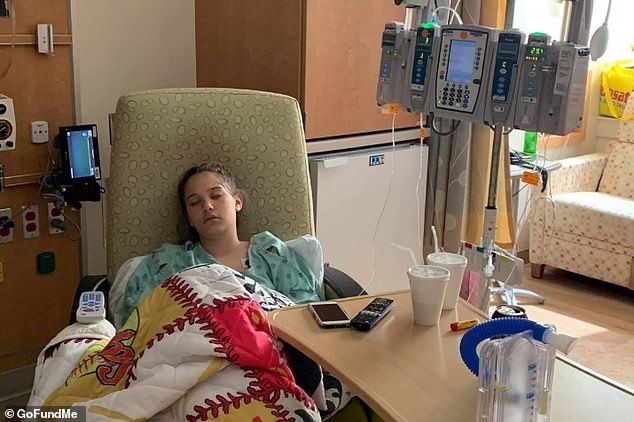 ‘Because of that, I still have my baby girl with me today.

‘We are not completely better, but we are on the road to recovery. We will have numerous doctors visits, physical therapy and blood work to continue, but all that matters is my girl is ALIVE.

‘I wanted to share her story in hopes that it may help save someone else. It is CRITICAL to be aware of the signs and symptoms and getting treatment quickly.’