Girl, 13, shot during Indiana school shooting is in critical but stable condition

The family of the student injured during a school shooting in Indiana says she is in critical but stable condition at a local hospital.

Ella Whistler, 18, was shot in a classroom Friday morning at Noblesville West Middle School near Indianapolis.

The family released a statement late Friday night saying Ella is doing well at Riley Hospital for Children in Indianapolis.

Her family says they’re still processing what happened and why.

Meanwhile, the 29-year-old science teacher who tackled the shooter has been released from the hospital.

Jason Seaman is credited with preventing more injuries but was shot three times in his abdomen, hip and forearm.

The suspected shooter is a student and in police custody. 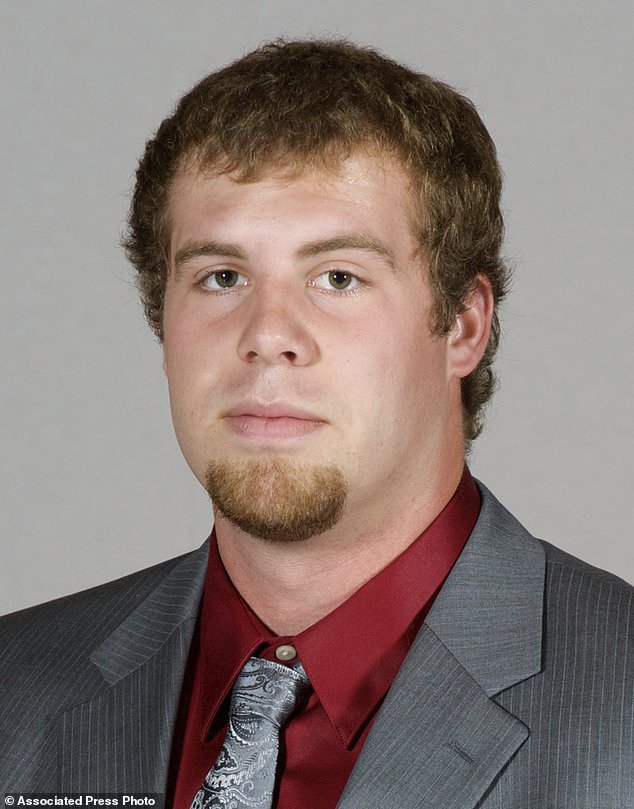 ‘Her status is critical, yet we are pleased to report she is stable,’ a statement from her family said.

The family asked for privacy as Ella recovers at Riley Hospital for Children.

‘Our daughter, Ella Whistler, was involved in a horrific shooting today at her school. We will spend the next days and weeks processing what happened and why,’ the family said.

‘We’d like to thank everyone across the country who prayed for our family today. We’ve felt those prayers and appreciate each of them,’ they added.

An Indiana congresswoman says the teacher who stopped a school shooting has been released from a hospital.

US Rep Susan Brooks said she met Saturday with Jason Seaman at the Noblesville, Indiana, school where the shooting occurred Friday.

‘He is that hero teacher who stopped the shooter from hurting more young people,’ Brooks said.

Seaman is credited with knocking a gun away and tackling the shooter. 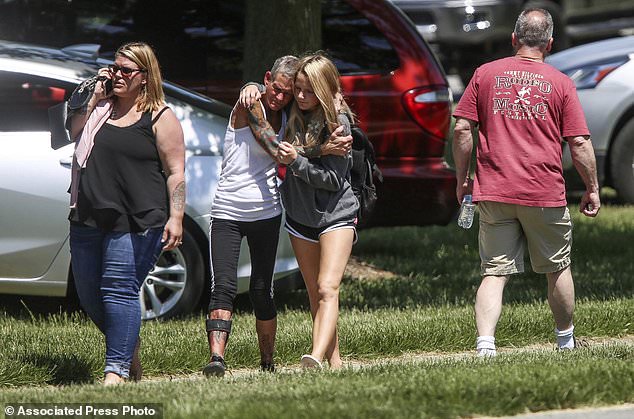 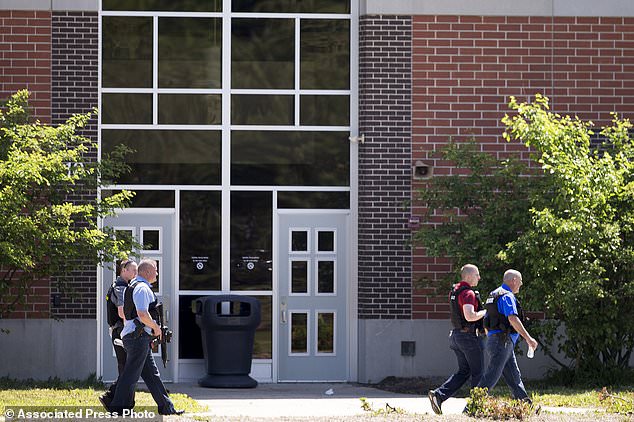 One of Seaman’s seventh-grade students said another student entered the classroom with two handguns and started shooting Friday morning.

He said Seaman immediately ran at the student, ‘swatted a gun out of his hand and tackled him to the ground.’

President Donald Trump tweeted Saturday thanking Seaman ‘for his heroic act in saving so many precious young lives. His quick and automatic action is being talked about all over the world!’

Vice President Mike Pence, the former governor of Indiana, also credited the teacher’s ‘courageous action’ for saving lives during the shooting at the suburban Indianapolis school.

‘We’re all proud of you Jason and are praying for you and those impacted and recovering from injuries,’ Pence said in his own tweet. 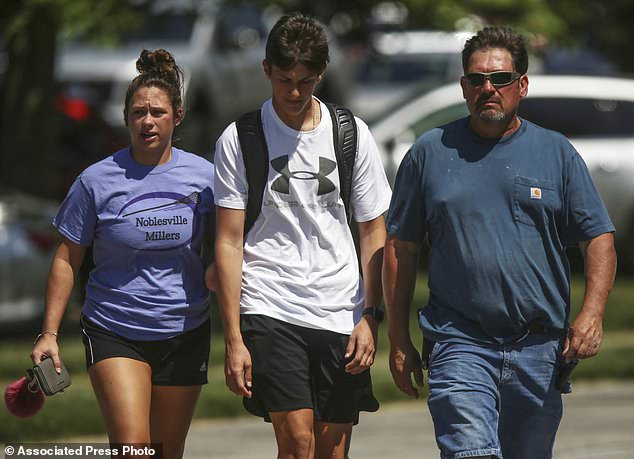 Scene near Noblesville High School on Friday, May 25 after the shooting