Girl, 14, can’t stomach solid food because of conditions which put crippling pressure on her organs

A girl whose internal organs and blood vessels are pressing dangerously hard on one another is trying to raise £50,000 for lifesaving surgery.

Grace Jackson-Matthew, 14, has four conditions which mean eating is too painful for her and she hasn’t be able to stomach a full meal since September.

For years she was told her pain was caused by a mental illness but, now diagnosed, her parents have found a surgery which could help her.

But the costly operation isn’t available in the UK, the family say, so they must raise the huge sum to take their daughter to Europe in the hope of a cure.

‘Her quality of life is zero,’ said her mother, Joanna, 45. ‘She had to leave school a year ago, she’s lost contact with friends.

‘It’s affected her sisters and the family too – because I need to be with her I’m effectively housebound and up in the night with her.’

MALS is caused by a ligament pressing on an artery which supplies blood to the stomach, liver and nerves in the abdomen.

SAMS can lead to blocked intestines because part of the small intestine is squashed between two arteries.

May-Thurner syndrome is a condition in which the iliac vein, which runs through the groin into the leg, is compressed and cases pain and swelling.

And renal nutcracker syndrome (NCS) is when arteries put pressure on a vein coming out of a kidney. 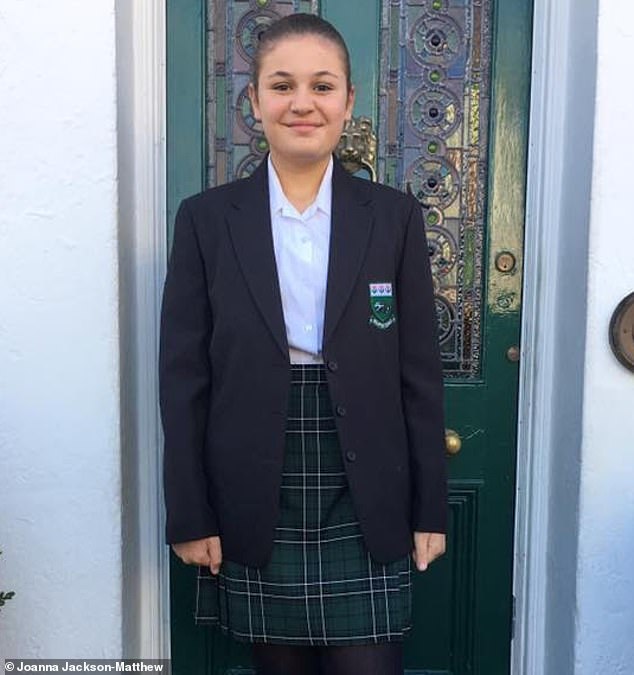 Grace had to stop going to school last year because she became so unwell, which her mother said has had a bad effect on her social life 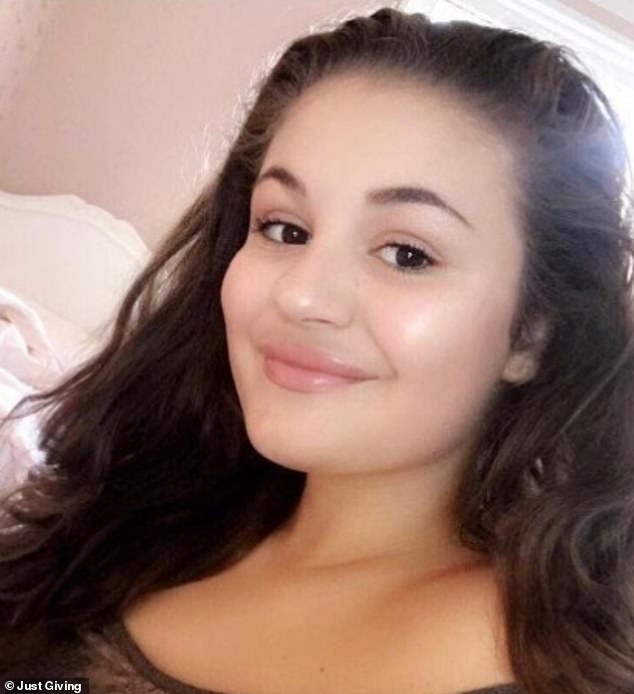 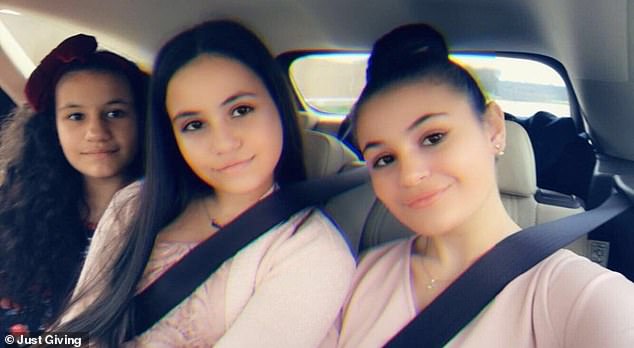 Grace (pictured right, beside her sisters Nina, 10, left, and Maria, 11) has had to stop going to school because she is in so much pain 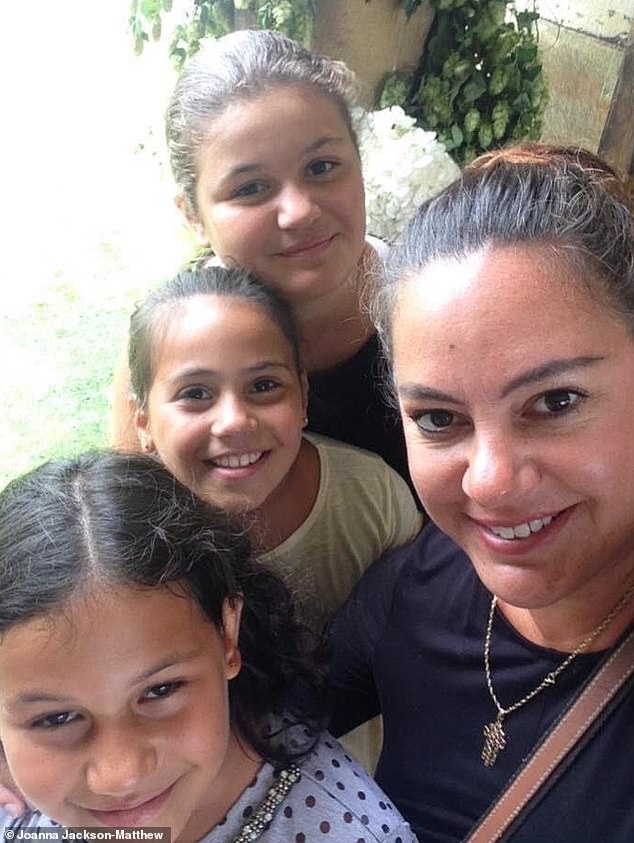 Grace’s family (pictured, the 14-year-old, at the back, with her mother and sisters) hope she will be able to have more than one of her conditions treated at once in the same operation

The combination of Grace’s illnesses – which her family call compressions – leaves her in constant pain and unable to eat properly or walk without crutches.

She is mostly bed-bound and had to stop going to school last year because of she was in so much discomfort.

Her family now finally have an answer for what was causing her daughter’s crippling illness, but they didn’t expect it to be something so serious.

HOW COULD SURGERY HELP GRACE?

Median arcuate ligament syndrome (MALS) can be treated with surgery to relieve pressure put on the aorta (the body’s largest artery) by a ligament.

Patients are typically given keyhole surgery to move the median arcuate ligament and divide the nerves in the area, with the aim of loosening the tissues around the artery and improving blood flow to the stomach and liver.

People with severe renal nutcracker syndrome could have surgery to move the left renal vein from a position where it is putting pressure on the kidney.

This can be done by cutting the blood vessel, putting it somewhere more suitable and reattaching it.

The vein may also be bypassed completely in a bid to alleviate the condition.

Surgery may also be used to treat superior mesenteric artery syndrome by moving blood vessels which put pressure on the small intestine.

The exact name of the procedure Grace needs isn’t known, but her family want more than one of the conditions to be treated at once – which they say can be done in Europe or the US.

‘This has hit us like a bolt out of the blue,’ Mrs Jackson-Matthew said. ‘We’ve always known something was not right but we never imagined it was something like this.’

Grace’s mother says she is now bed-bound and claims she’s lost 20kg (three stone) since September last year because she relies on easy-to-eat foods like ice lollies and yoghurts.

Mrs Jackson-Matthew added: ‘It is urgent. If she isn’t able to have the surgery she will die, she will eventually die of malnutrition.

‘We don’t want her to get the stage where she is totally emaciated and too weak to go for surgery.’

Doctors in Germany were the ones to finally give Grace a diagnosis using ultrasound scans.

Until then, she had been told her symptoms were likely caused by mental illness.

And, although she can use tramadol and morphine to try and control the pain, the drugs are addictive and not a long-term solution.

If Grace doesn’t get the surgery to change the position of her internal organs, her mother says, she will end up unable to digest food at all and have to be fed through a tube.

She could eventually lose the ability to walk because of pain in her pelvis and her kidneys could ultimately fail, leaving her at risk of dying.

The family’s JustGiving page has so far raised more than £13,000.