A teenage girl has died after she passed-out during outdoor conditioning training in scorching 100 degree heart.

Basketball player Imani Bell, 16, of Jonesboro, Georgia, was running-up stadium steps as part of a drill at Elite Schools Academy when she collapsed on Tuesday.

Prior to the incident, the student athlete allegedly had told her coach that she was feeling unwell but was instructed to run anyway, the Atlanta Journal-Constitution reported.

She was found unresponsive by Clayton County firefighters and later while being rushed to hospital her pulse and breathing stopped.

They started CPR and Advanced Cardiac Life Support Bell but Imani was declared dead by the time she reached Southern Regional Medical Center.

Imani Bell (above), 16, collapsed and later died after running in 100 degree heat as part of outdoor conditioning training for her school’s basketball team 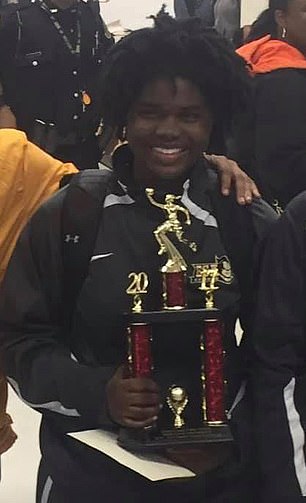 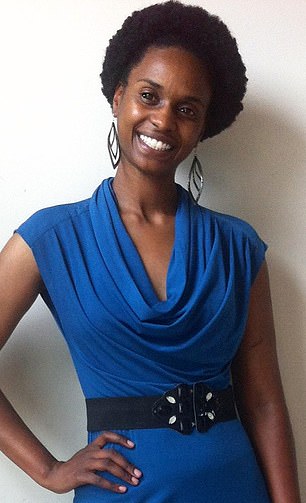 Bell (left) was a talented student according to her mom Dorian Bell (right), who one day hoped to play basketball for Stanford. Her parents are now left asking why she and other students were allowed to train in such hot temperatures

Now her family are asking why their daughter and other students were outside training on the hottest day recorded in the area – a scorching temperature that was last seen in 2007.

‘Why were they outside? The heat index was too high,’ Eric Bell, Imani’s father told Channel 2 Action News.

Mother Dorian Bell said that after hearing the news of her daughter’s death she ‘sat their in disbelief.’

‘It never occurred to me that I was not coming home with my child,’ Dorian said.

Later doctors told her that due to it being the hottest day of the year so far she could have died from heat stroke.

The belief is fueled by medical staffs description that Imani’s skin was ‘hot like a stove and her body was stiff, so they had ice packs on her skin.’

Findings from an autopsy are yet to be released by Georgia Bureau of Investigation.

Imani was the oldest child of six, she was described as a top student and a talented basketball player who wanted to join the team at Stanford.

‘She was a go-getter, very smart. Whatever she wanted, she went out for it,’ Dorian added. 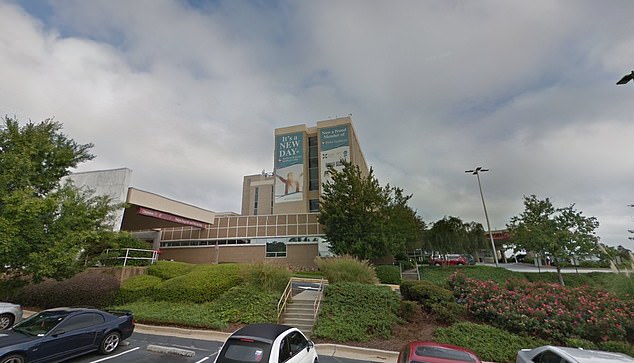 Bell was rushed to Southern Regional Medical Center (above), where she was pronounced dead after the medical team tried CPR and Advanced Cardiac Life Support 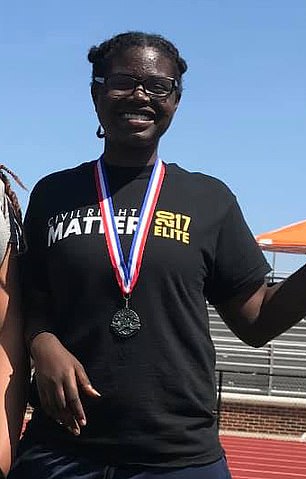 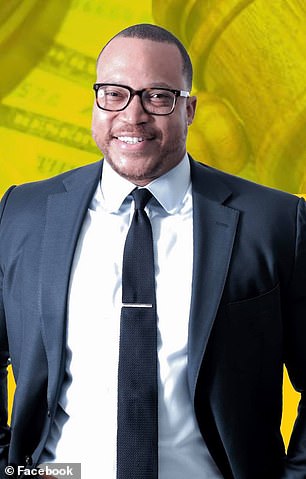 The family are still waiting for answers about the death of Bell (left). Her cousin Justin Bell (right) blames the  ‘heat’ explaining that she had no underlying health conditions

The school and district it falls in, Clayton County Public Schools, allegedly are yet to release information to the family about the incident.

District Superintendent Morcease Beasley released a public note stating that he and the rest of the district were ‘deeply saddened’ by the event and are ‘here to support’ the family and others.

Imani’s cousin Justin Miller, who is speaking on behalf of the family believes ‘the issue was the heat’ as she had no underlying medical conditions.

He asked why the school allowed children to train outdoors when there was a clear weather advisory.

Miller told AJC: ‘Keep your dogs inside, but kids are OK to run a mile?’ 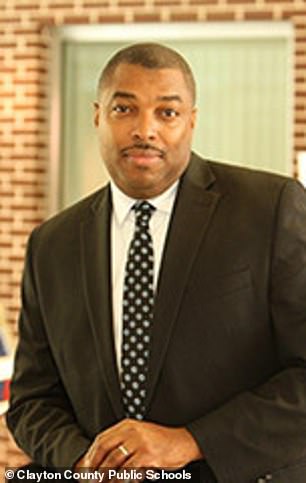 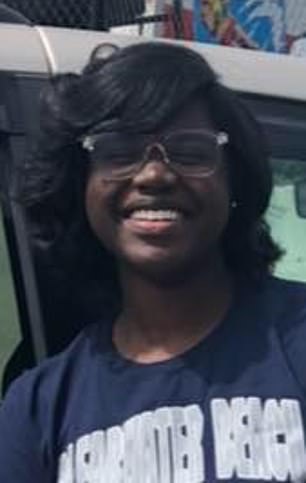 District Superintendent Morcease Beasley (left) released a statement expressing his and the district’s sorrow for the family and offered their support. Questions including whether the teacher who taught Bell (right) and her team was a volunteer or staff member is still yet to be clarified along with other questions

Imani died on her first day of training, it is not known whether the teacher was a member of staff or a volunteer.

The family also want to find out the policy for outdoor exertion during a heatwave and whether pupils were warned about the heat.

Currently Eric says they are still waiting for answers and for the facts to emerge. ‘We will just sit back and wait,’ he added.

On Facebook, Miller shared a photo of his cousin and wrote that the incident would ‘not be swept under the rug or brushed aside’.

He called the actions of the school: ‘Ridiculous, negligent, stupid, careless, thoughtless, and inexcusable are just a few of the words that come to mind regarding this tragedy.’

Signing off, Miller added: ‘Rest easy little cousin, we got your back.’